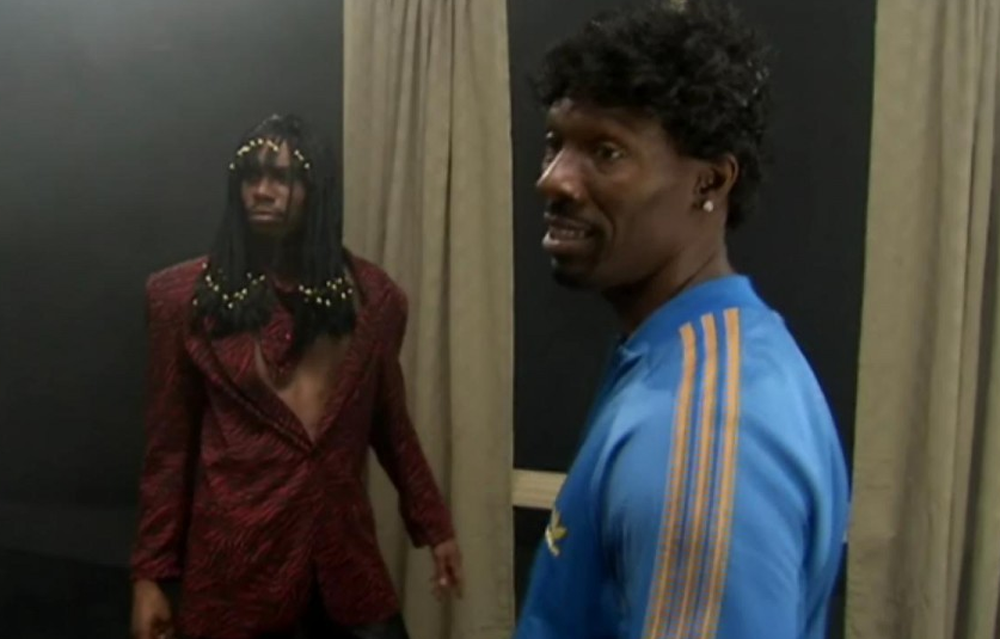 Saturday night, Charlie Murphy swings through Boston for a night of stand-up at The Wilbur Theatre. The actor and comedian, known for roles in Chris Rock’s “CB4,” Eddie Murphy’s “Norbit,” and a voice-over part in the “Grand Theft Auto” games, is probably most famous for his guest roles on cult-favorite sketch comedy “Chappelle’s Show.” Murphy’s straight-faced, monotone personality made for the perfect delivery for his memorable roles. Here are five favorites to enjoy, but don’t miss him in the flesh Saturday at The Wilbur Theatre.

Perhaps Murphy’s most famous sketch on “Chappelle’s Show” was telling another “True Hollywood Story,” this time about Rick James. Murphy recounts his run-ins with the famous “Super-freak” singer from the ’80s when his brother Eddie was hanging with him at Studio 54. Some of the most memorable lines from the entire series came from this sketch, including Chappelle’s ridiculous bark of, “CHAHLLIE MURPHEHH!,” as well as his, “What did the five fingers say to the face?” prank. It was Murphy’s level-headed commentary that made the skit so classic.
http://vimeo.com/40809238
Two of the best clips from the show were from Charlie Murphy’s “True Hollywood Stories.” In this particular one, Charlie and his brother Eddie were challenged to a pickup game of basketball by Prince and his band The Revolution. While Murphy and his crew thought they were at the advantage in the matchup, they proceeded to get their asses kicked by the mysterious pop superstar, complete with sketchy pick-setting, post-game pancakes, and quotes that continue to be recited during any and every pickup basketball game. A Jheri-curled Charlie Murphy tells the whole story, despite the game going to Blouses.
In a skit that parodies the annual Player’s Ball, Ice-T hosts the Player Hater’s Ball. A cast of glamorous gangsters that includes Patrice O’Neal as Pitbull, and Chappelle as Silky Johnston, the greatest hater in the world, Murphy, who plays Buc Nasty, is nominated for, “Gettin’ his best friend’s wife pregnant, then trickin’ his best friend into raising the little motherfucker.”
The Marcy Projects host the World Series of Dice. Competitors include Eddie Griffin as Grits ‘n’ Gravy from Kansas City, Mo., Phyuck Yiu, who flew in from the Far East, Chappelle as Leonard Washington from a town called “none of your goddamn business,” and local legend Ashy Larry. The Championship is interrupted when Rodney “Quills” Dinkins busts in, shoots Leonard Washington in the kneecap, and then robs the commentators.
What happens when the typical scenarios of “The Real World” are reversed? Chappelle played this storyline out with one really lame white dude and five black characters including Tyree, who previously did jail time, commands his white roommate to sit while he pees and isn’t such a welcoming presence when his roommate’s girlfriend comes to visit. He ends up stabbing the white boy’s dad for looking at the women in the house the wrong way.