Celtics to wear ugly sleeved jerseys, why do they exist? 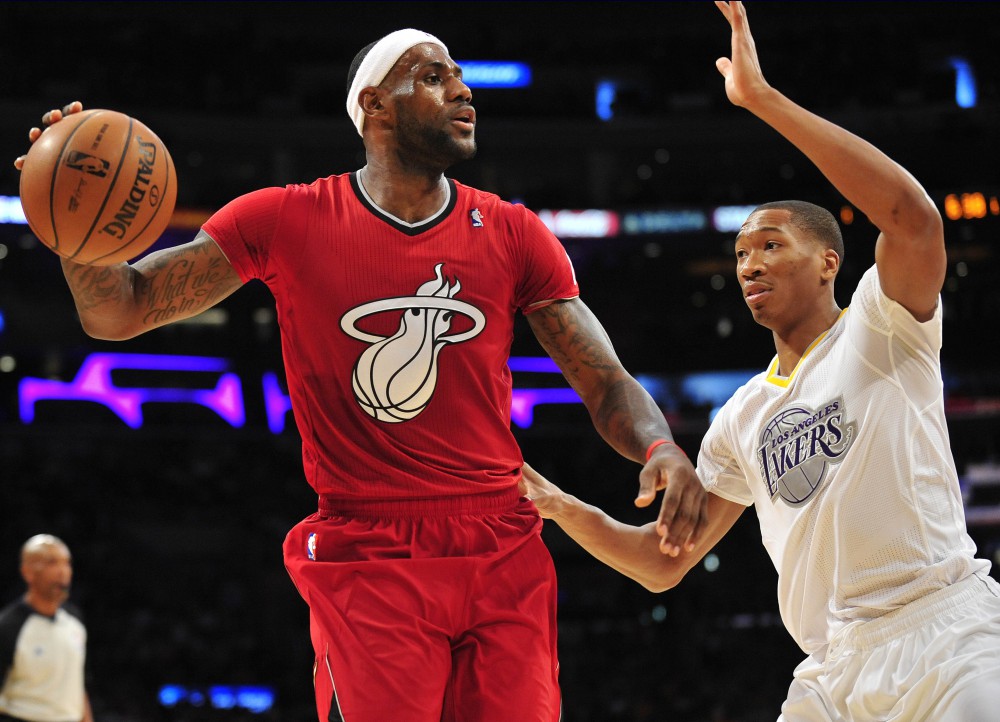 Thankfully, this is a sports column and not a style one. To either my benefit or my detriment or somewhere in between, I’m of the belief that a solid white t-shirt and jeans will suffice for most engagements.

Still, regardless of my complete lack of fashion sense, I’m well-versed enough in that realm to make the following observation: The NBA’s foray into short-sleeved jerseys was, and remains, a terrible idea.

This is a worthwhile conversation because yesterday, the Celtics announced that they would be wearing shirts with sleeves three times over the course of the next week, beginning on Friday night when they host the Phoenix Suns. These jerseys will be worn in honor of St. Patrick’s Day, a time when the Celts wear special uniforms every year. As you can see, the lettering and numbers are the same gold as on special St. Patty’s uniforms of years past, as opposed to the traditional white or the black that’s featured on the C’s alternate, road uniforms. But it’s not the color that offends the limited fashion sensibilities of even a style ignoramus like myself.

The NBA has dabbled in adding extra fabric to jerseys for a little over a year now, with the Golden State Warriors playing guinea pig last winter to predictably horrid results. This season, the campaign extended to a much higher number of teams, with the league’s annual Christmas Day quintuple-header serving as a showcase for a wider rollout of the sleeves, and last month’s All-Star game in New Orleans following suit.

The Warriors, along with the Suns, the Minnesota Timberwolves and the Los Angeles Clippers, have also agreed on sleeved jerseys as a primary, alternate uniform for multiple games this season, according to Bleacher Report’s national NBA columnist Ric Bucher.

But why? Doesn’t anyone else see how gross these things are? They look like high school or college volleyball or soccer jerseys. Basketball is a looser, freer game, which is one reason why players wear jerseys without sleeves.  The sleeved ones may be made of the same material as their sleeveless counterparts, but they appear constricting and uncomfortable. Oh, and they are also HORRIBLY UGLY.

Why do these atrocities of modern sports fashion even exist? Ostensibly, so that the NBA can sell more merchandise, although the intrepid Jimmy Toscano of Comcast Sports Net New England offered up an additional, completely logical theory yesterday. And Bucher does note that if players decide they don’t want to wear the sleeves, the league won’t force them to. Given that none other than LeBron James himself has complained about wearing the sleeves, it’s not unreasonable to surmise that the sleeves may be going away sooner rather than later (of course, it should also be noted that LeBron voiced his complaints about the sleeves after saying he’d make no excuses for a substandard performance last week in which he was wearing them, because LeBron).

So, Celtics fans, as tough as it may be to watch your favorite team wear such a hideous ensemble, it will all be over in a week. Only then, can we and they return to the more reasonable, practical and fashionable sleeveless jerseys we’re used to.

They’re the white t-shirt and jeans of the NBA. Good for all occasions.

Winding down 2017 in sports. END_OF_DOCUMENT_TOKEN_TO_BE_REPLACED

Chad Finn has some thoughts. END_OF_DOCUMENT_TOKEN_TO_BE_REPLACED

Feel the heat yet? Neither do we. END_OF_DOCUMENT_TOKEN_TO_BE_REPLACED