Celtics at the All-Star break: Which players are worth keeping? 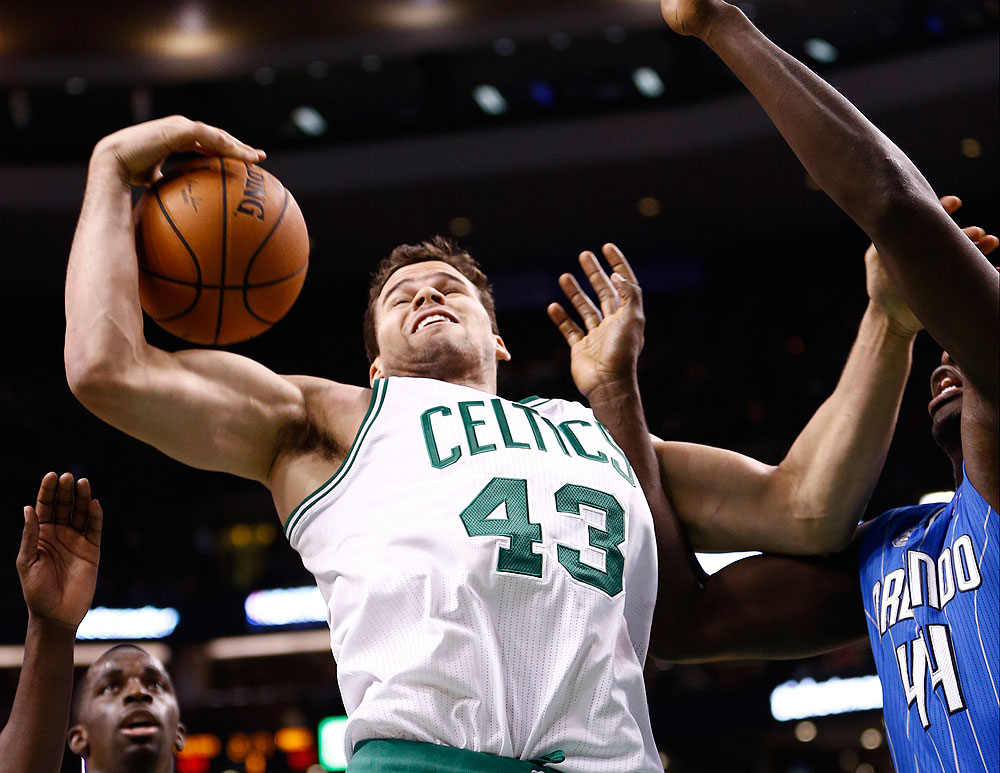 It’s officially NBA All-Star weekend and with all due respect to Jared Sullinger and Kelly Olynyk’s appearances in the Rising Stars Game, there will be a distinct lack of Celtics flavor in New Orleans for the proceedings.

It’s supposed to be this way. The Celtics don’t have any legit All-Star candidates for a reason as they sweat out the season in as competitive a way as is possible while stockpiling for the next great era. Every decision that’s been made by President of Basketball Operations Danny Ainge since the day his team was eliminated from the playoffs last May points toward the future and the chance to see another incredible photo like this.

Of course, you know this even if your interest in the Celts is only cursory. But if you care about what this team is going to become down the road, the next few days warrant your attention. That’s because on Thursday, the day after the team resumes its schedule following this All-Star break, marks deadline day, the last time teams can make trades before the summer.

The Celtics have made a truckload of trades over the course of the last eight months, none bigger than the one that sent Paul Pierce and Kevin Garnett to Brooklyn in late June. There have been two more during the season, and you can likely expect more wheeling and dealing over the course of the next five days. There are opinions everywhere as to what the Celts may or may not do, here, here, and here.

But what’s most important isn’t trying to ascertain who the Celts might ship out, it’s who they really need to keep. The list, as you will see, is not a long one.

Ainge has shown a strength for finding diamonds in the rough in the NBA Draft’s late first round. Getting Sullinger 21st overall in 2012 may have been his coup de grace in that regard.

Sullinger was universally lauded as a top five talent coming out of Ohio State two years ago, but he was red flagged for having some back issues during pre-draft workouts and wound up tumbling all the way to the C’s in the early 20s. His balky back did come back to bite all parties involved as Sully went under the knife after just 45 games during his rookie year. It was a blessing that he and the team got this out of the way so early though; he was not going to change last season’s outcome even at 100 percent and now, he’s a healthy, double-double machine and has shown no signs of the back problems festering again. There have been some whispers that he needs to shed some pounds (he currently weighs in at a robust 280, while listed generously at 6’9”). I’m not so sure about that though.

Commentators have breathlessly compared him to Minnesota superstar Kevin Love a lot this year, which is complete bupkis. Love is taller, leaner, and far more skilled with the ball than Sully, not to mention the fact that he’s a high-volume scorer from all over the floor. I think this silly comparison took root because both are great rebounders that play the same position, plus Love is a dead-eye three-point shooter and Sully has attempted to add the deep ball to his game this season, to varying degrees of success. But just because you shoot threes from the power forward spot doesn’t mean you’re Kevin Love.

The guy Sully should be compared to is Charles Barkley. Of course, he has quite a ways to go to become the player Chuck was in his prime, but man, are their games similar. Barkley was one of the best rebounders of all time at just 6’5”. Sully is taller, but it doesn’t seem that way because he can’t jump or play above the rim. Still, he’s a ferocious rebounder because like Barkley, he knows how to use his width and his ample backside to consistently get position in the paint both offensively and defensively. Rebounding is all about effort and desire (and if you don’t believe that, watch some old Dennis Rodman highlights from before he went really crazy) but it doesn’t hurt to be able to block out the sun in addition to your opponent. And players with that kind of skill, as well as the touch Sully has around the basket and on the low block, don’t come around very often. Barkley also developed a mid-range and perimeter game as his career wore on, the same way Sully has started to do. Whether Sully becomes a consistent All-Star and a league MVP the way Barkley did remains to be seen. But he looks to be on the right track.

Sully is a keeper and should be in Boston for a long time. It’s a safe bet that Ainge knows this.

Wow, is it strange to have him on this list. Coming into the season, although he was the most marquee name coming back in the Pierce/Garnett deal, Humphries’ biggest claims to fame were being the reality show husband of Kim Kardashian and getting into a pseudo-wrestling match with Rajon Rondo last season. But after being buried on the bench for the first couple of weeks of the season, Humphries got a chance to do a little more than mop up and he ran with the opportunity. You could easily make the argument that next to Sullinger, Humphries has been the most consistent player on the C’s roster, shooting over 50 percent from the floor and always giving maximum effort.

His contract, which pays him $12 million this year, is up following the season but since expiring NBA deals aren’t as valuable as they used to be (as explained here by the brilliant Zach Lowe of Grantland) and Humphries is on record as saying he loves playing for the Celtics and wants to be a part of the current rebuild, it makes a ton of sense not to trade him but to keep him around for the remainder of the year, given his work ethic and attitude, then offer him a new, more market-appropriate contract this summer.

Kris Humphries is a valuable, important Celtic and should be kept around for a while. Who the hell would have predicted that?

The last name on this short list as well as the most obvious, Rondo has been spared the usual loud, local voices trying to run him out of town because he scowls sometimes and doesn’t like to do interviews thanks to just beginning his season a month ago. Now that he’s healthy and starting to resemble his best self, the rumblings have begun again with the trade deadline approaching. Here’s hoping he stays put.

Rondo is a basketball savant, able to see things before they happen that so many other players simply cannot. He can take a game over without scoring and players like that are as rare as it gets. He’s not a good shooter (although he’s getting better) and as a defender, he’s a little overrated. But he also shines brightest in the biggest games and biggest moments and his ability to make things easier for his teammates and completely control the game when he’s really got it going make him an invaluable asset around whom to build a team.

Say the Celts get one of the top four picks in this summer’s draft, clear enough salary cap space to sign a another star player in 2015 and use some of the multitudes of first-round picks they have over the next few years to trade for another big time guy. Who would be better than Rondo to be driving the car under those circumstances?

Rondo has to stay. His skill set meshes perfectly with what the Celtics are trying to do. He will make any young player or players who come to Boston over the next couple of years much better, much sooner.

He’ll probably scowl and not enjoy doing interviews while doing so, but who cares? Hopefully, not the Celtics.