Casey Affleck to Star in HBO’s ‘Lewis and Clark’ Miniseries 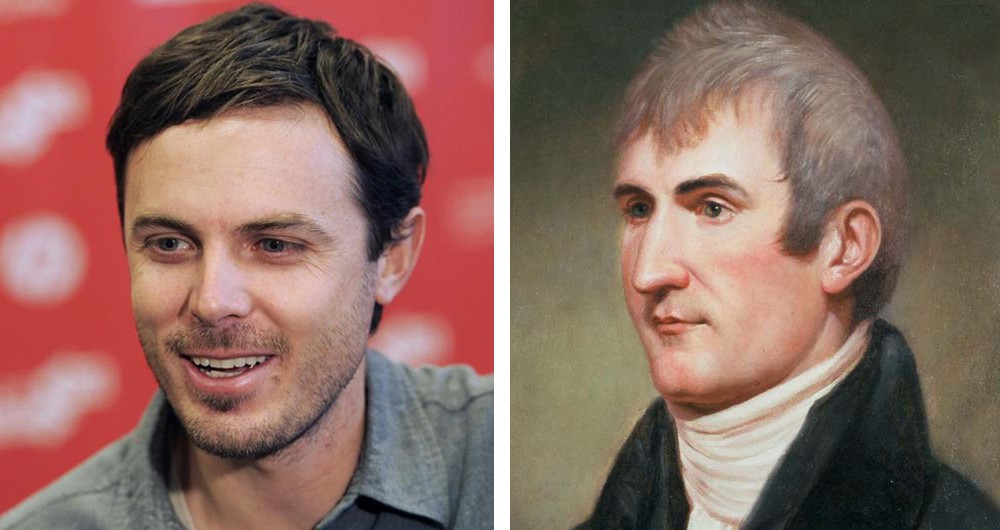 HBO is bringing the most famous cross-country road trip in U.S. history to the small screen with its latest miniseries Lewis and Clark.

The network announced on Friday that it has greenlit the six-hour series, which will star Casey Affleck as  Meriwether Lewis. Joining the Massachusetts native will be Belgium actor Matthias Schoenaerts as William Clark.

The upcoming project is being backed by a stacked group of executive producers, including Tom Hanks, Edward Norton, and Brad Pitt, which isn’t too shabby.

As for the tone of the miniseries, perhaps HBO’s latest duo will take a page from True Detective‘s Rust Cohle and Marty Hart. As one Twitter user suggested, True Explorer anyone?

Lewis and Clark is based on Stephen E. Ambrose’s book Undaunted Courage and is set to premiere this summer.

Always a pleasure to have Boston.com’s Perry Eaton in studio for a chat. After we talked a bit about Pearl Jam at Fenway and Perry’s new podcast, he filled us in on Game of Thrones live and Narragansett’s new Bananagrams-themed brew. END_OF_DOCUMENT_TOKEN_TO_BE_REPLACED

No, not from afar, from the comfort of her couch. From the actual awards themselves. That’s where Meredith Goldstein was for the Oscars. She shared all the juicy, first-hand details with me. END_OF_DOCUMENT_TOKEN_TO_BE_REPLACED

It was wonderful having our good friend Meredith Goldstein back in studio this morning. She dug into the latest edition of Love Letters, which prompted us to play this song. And of course we had to discuss the Oscars. Make sure you’re following Meredith on Twitter, as she’ll be live-tweeting the awards this Sunday night. END_OF_DOCUMENT_TOKEN_TO_BE_REPLACED

Our first edition of TV Sets for 2016 might be better than every edition from 2015. END_OF_DOCUMENT_TOKEN_TO_BE_REPLACED