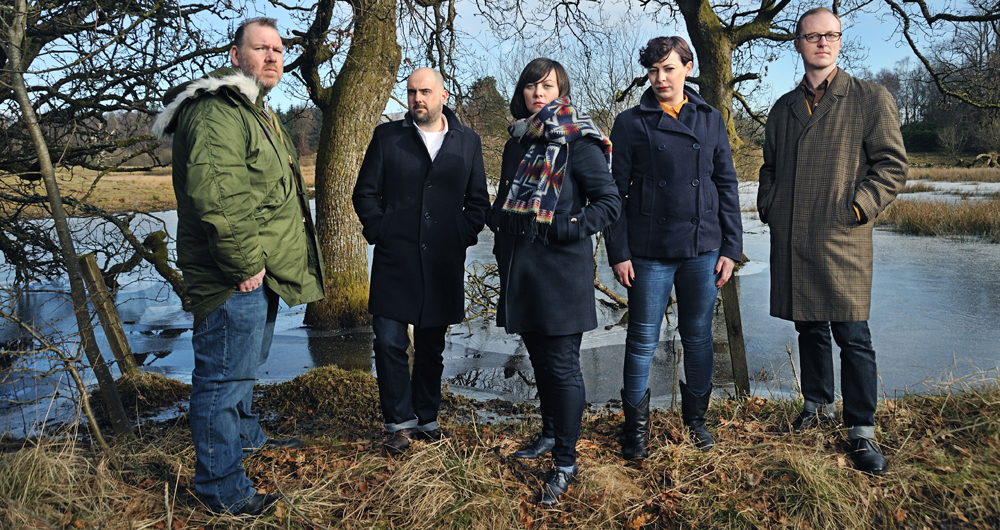 18 years deep into the life of a band, there will inevitably be challenges.

For Camera Obscura, the Glasgow-based indie pop band that returns to Paradise Rock Club on Sunday as part of a short stint stateside, their challenges have been personal in nature. “Desire Lines,” their fifth album, was released last year after a four-year hiatus when band members successfully battled cancer (pianist Carey Lander), had children (lead singer Tracyanne Campbell and bassist Gavin Dunbar, both boys), and relocated (drummer Lee Thomson, to London).

The indie pop act still gracefully layers Campbell’s sweet vocals over an orchestral pop backing of piano, mandolin, organ, guitar, bass and drums. The five-piece makes it seem easy, but don’t be disillusioned. There isn’t much time for practicing. And playing new tracks is still challenging.

“We’ve been too busy having families. [Practicing the new tracks again] was a bit daunting at first. We had played the songs from the previous four records for so many years that they’re second nature… it’s muscle memory. Sometimes, you get to the point where you’ve played songs to death so many times, it loses a spark. We haven’t reached that stage for any of the [new] songs,” Dunbar said.

Since their first go-around supporting “Desire Lines” — their last shows in the states were a year ago on tour with She & Him — they’ve gotten the chance to perfect a couple of tracks from LP including the sparkly-but-devious “Troublemaker.” “We managed to get [it] late on the record and we didn’t do [it] justice live. When you’re playing concerts you only have a certain amount of time, and you have to go with the ones that are sounding best,” Dunbar explained.

A continued goal of perfection aside, are there upsides in being part of a veteran band? Mutual trust tops the list. Campbell writes the songs, which ruminate on relationships and human nature. “As a songwriter, she is able to arrange the songs as she likes so they work. Her lyrics can be quite personal, and she trusts us to have the music be as good as it should be,” Dunbar said.

This trust goes beyond just performing, as Dunbar mentions that they’re still friends outside of being in a band together. “We’ve known each other for too many years. We’re all grown up and have children now… We still hang out and do fun stuff together as well. It’s not just a job. I guess we’re a bit of a family.”

Since “Desire Lines,” Dunbar has added a second child, a boy now five months old, to his biological family. Thankfully, his children like his band. “There’s definitely some enjoyment. I don’t want to bombard them too much, in case they just rebel and listen to terrible music. It’s not just Daft Punk and Pharrell — they get a bit of quality.”

Enter to win tickets to see Trio Da Kali at The Villa Victoria Center of the Arts (Newton, MA) on April 10th. END_OF_DOCUMENT_TOKEN_TO_BE_REPLACED

END_OF_DOCUMENT_TOKEN_TO_BE_REPLACED

Enter to win tickets to Rhye at The Paradise on February 28th. END_OF_DOCUMENT_TOKEN_TO_BE_REPLACED

Her new album has been pushed back, but we have Kimbra’s new single for you. END_OF_DOCUMENT_TOKEN_TO_BE_REPLACED

The folk duo returns with a new record this week. END_OF_DOCUMENT_TOKEN_TO_BE_REPLACED

Now that we’re done looking back at 2017, let’s look ahead at 2018. END_OF_DOCUMENT_TOKEN_TO_BE_REPLACED

Our first Song of the Week for 2018. END_OF_DOCUMENT_TOKEN_TO_BE_REPLACED

In a year when so many things were off, the music was right on. END_OF_DOCUMENT_TOKEN_TO_BE_REPLACED