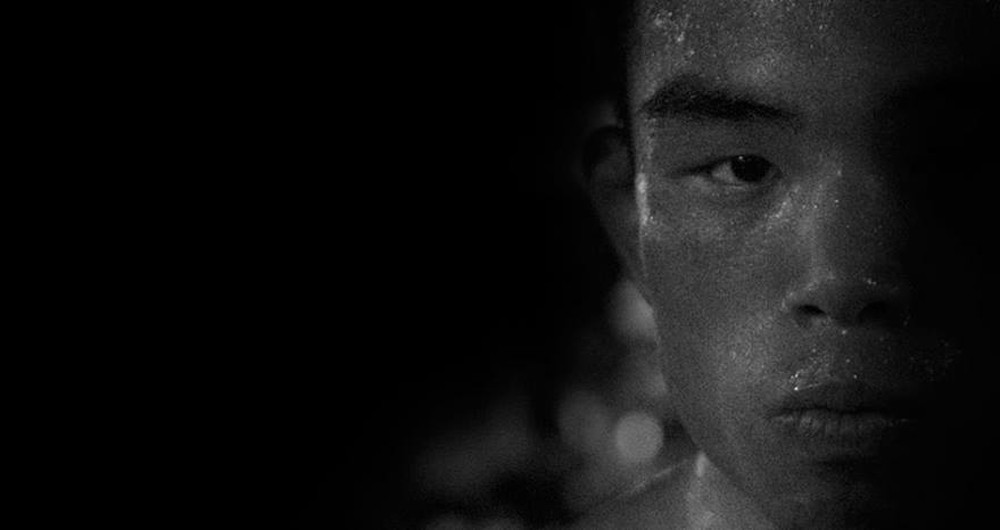 Less than two weeks away from a main event fight, most mixed martial artists would choose to spend their free time resting at home or at the gym sweating off some pounds. But for Kin Moy, the Boston-based bantamweight couldn’t help but take up a different kind of battle­ – despite a headlining bout already looming in the distance.

The 24-year-old Cambridge resident decided to join the peaceful protests that were held in Boston following a New York grand jury’s decision to not indict the officer involved in the chokehold death of Eric Garner. Angered by the news, he sacrificed a warm evening on the couch in order to take to the streets.

Moy tried filming the arrest of a protester during that frigid Thursday night, but ended up receiving a face-full of pepper spray from a Massachusetts State Police officer. A video of the incident was recorded on his phone and quickly went viral after the fighter posted it to his YouTube account.

Moy thought it was important to speak out about what happened to him, but also felt that all the media attention was a bit distracting, especially since he was in the middle of a grueling weight cut. The whole experience turned out to be both physically and mentally taxing on the budding MMA prospect.

“It was pretty straining,” Moy said. “There was lingering pepper spray in my hair, so when I was training it kept getting into my eyes. I remember one of my last ground and pound sessions of the camp… all of a sudden, I couldn’t keep my eyes open.”

After the story was picked up by local media, State Police said it would be looking into the incident. The trooper involved was then placed on restricted duty, according to The Boston Globe, and then recently put back on duty, as noted by WBUR.

The American Civil Liberties Union also said it is investigating the matter and will be assisting Moy as the case goes forward.

The bantamweight fighter wants to be clear that he holds no ill-will or malice towards police and actually admires them for their willingness to put their lives on the line. However, Moy believes that officers need to be held responsible for their actions, which is why he was out protesting in the first place. 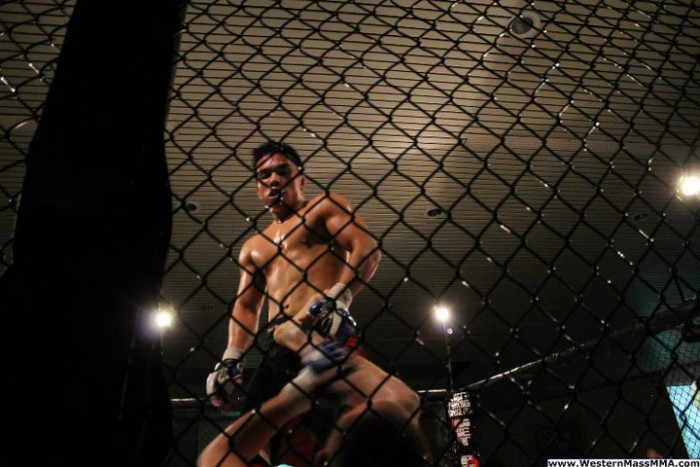 “I feel like there’s almost no accountability for them in their actions, especially when it comes to using excessive force,” Moy said. “While that affects everybody regardless of race or demographic, I believe that it disproportionally affects poor people and black and Latino people.”

As an Asian American who grew up in Boston, a city that doesn’t have the greatest history when it comes to race relations, Moy sympathizes with issues involving racism.

He credits his father David, who emigrated from Hong Kong at age 7, for opening his mind to matters involving social injustices. Moy also thanks his dad for getting him into martial arts, as he was a legend on the local karate scene back in the day. 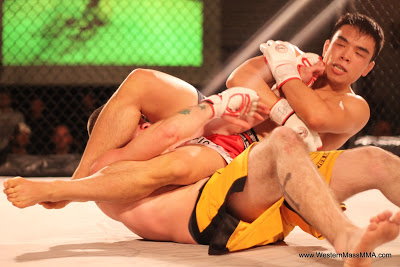 “He experienced a lot of racial tension in Boston in the ’70s growing up as a Chinese guy in places predominantly white or black,” Moy said. “He experienced a ton of violence at the hands of this, which is what drove him to learn martial arts and how to fight. He’s been in race riots and all sorts of crazy shit.”

Despite his rough upbringing, David went on to get his college degree. He also started working with non-profits and community centers in the Chinatown neighborhood where he grew up in.

David instructed his son in karate and boxing before Moy found his home inside the confines of an MMA cage. Like his father, he turned to martial arts in order to deal with bullies growing up as the only Asian kid in school.

While Moy doesn’t see a direct correlation between fighting and progressive thinking, he does believe that it’s given him the courage to speak out and fight for social causes.

“I have found that martial arts has made me more confident in my own voice and has made me willing to insert myself in certain situations,” Moy said. “There are lots of people who participate in MMA or any martial arts who have no particular interest in politics or social justice. So it’s not a driving force, but I think it is an enabler by making me more confident and assertive and willing to voice my opinions on matters.”

Moy’s glad he’s been able to contribute, in some small way, to the discussions about race and violence in this country. However, he’s tired of being in the limelight – unless it’s for his fighting.

In September, Moy made his Bellator MMA debut on the same card that featured the in-cage brawl between Tito Ortiz, Stephan Bonnar, and a masked Justin McCully. Despite ending up on the wrong side of a controversial decision, he put on a fantastic performance and will appear next under the promotion’s banner in 2015.

Moy made his return to the cage nearly two weeks after the incident with the State Police trooper, and made quick work of his opponent with a first-round TKO at Cage Fighting Xtreme 26 in Taunton, MA.

“If I’m going to be in national news, I hope it’s for something good,” Moy said. “Like being the first Asian UFC champion, not getting owned by a state police officer and his pepper spray.”

Note: The alleged pepper spraying officer that was placed on restricted duty was placed back on duty over the holiday. The original post did not include this update.

END_OF_DOCUMENT_TOKEN_TO_BE_REPLACED

Enter to win a pair of tickets to attend The Hess Collection Seminar and Dinner as part of Boston Wine Festival 2018 at the Boston Harbor Hotel on Wednesday, March 14th. END_OF_DOCUMENT_TOKEN_TO_BE_REPLACED

The Black and Gold continue their run tonight at TD Garden. END_OF_DOCUMENT_TOKEN_TO_BE_REPLACED

Who will make the Class of 2018? END_OF_DOCUMENT_TOKEN_TO_BE_REPLACED

It’s been awhile since we talked Black and Gold. END_OF_DOCUMENT_TOKEN_TO_BE_REPLACED

You’re going to wish you were in the Northern Alps. END_OF_DOCUMENT_TOKEN_TO_BE_REPLACED