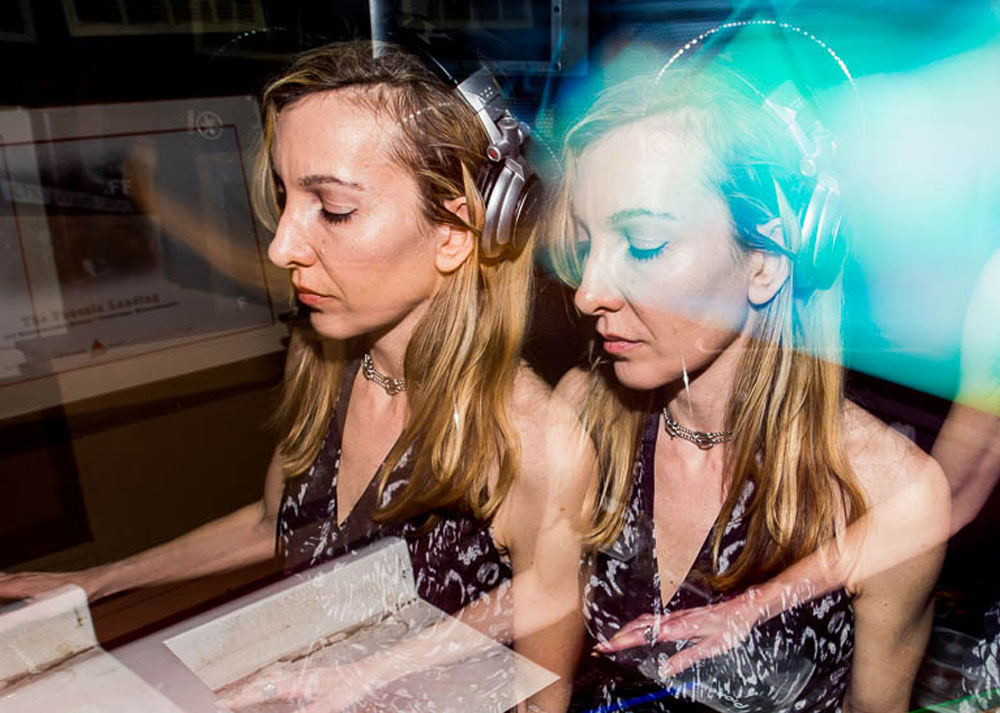 If you’re familiar with drum and bass music, chances are you already know and love Elements. If not, but you enjoy hearing new music and getting a little weird under a disco ball, you should really get to know and love Elements. The legendary dance party at The Phoenix Landing in Cambridge turns 15 on Thursday, making it one of the longest running dance nights in Boston and as a matter of fact, the longest running drum and bass night in America. It’s also, not surprisingly, a genuinely fun time, with one of the most enthusiastic followings of any party in the city.

“I honestly don’t know how this happened,” says Elements co-founder DJ Lenore [Fauliso] when I ask her about the success of the night. “When Bill [Crook, a.k.a. resident DJ Crook] and I started Elements, we just wanted a place to play and hear DnB, and perhaps help turn others onto DnB. But I had no big dreams for its future.”

Fifteen years later, they’re still drawing lively crowds to the Phoenix Landing every week for one of the most feel-good, high-energy parties in the city. This week, to warm us up for the big anniversary bash (9 p.m., with resident DJs Lenore, Crook, and Fox, VJs Bonk and Czargb, and special guest Nickdawg, a.k.a. Beantown Boogiedown), Lenore reflects on the last decade and a half of Elements and shares some of her favorite drum and bass tracks.

Q. Tell us about an early track you heard that inspired your love of drum and bass.

A. Before DnB I was super into deep house, and I still am. What shifted my attention first were tracks I discovered in the summer of ’96 that were either super heady or super dark or both. DnB had been shifting away from a happier ragga sound around that time.

One of the first records I purchased was Spidernet “Awake” on No-U-Turn (the other side is called “The Sleeper”…most likely this is a reference to the movie “Dune”). Those drums and that Reese bassline … there was just nothing else like it at the time and I was hooked. I came home from my waitressing job to put it on the turntable and play it several times in a row.

Another release that inspired me was T Power’s “Self Evident Truth of an Intuitive Mind” LP. It was so moving and forward-thinking at the time. Doc Scott’s “Drumz ’95” was another big one for me. That sound that comes in at the first drop … mental.

Q. When you started Elements in 1999, what were some of your quintessential artists and tracks?

A. The long-awaited “Wormhole” LP on Virus had just come out a couple months prior, so it was ever present in Elements’ beginnings. My favorite track was “Slip Through,” but the whole LP is fire.

Another seminal album that came out a couple months before we started Elements was the “Dom & Roland Industry” LP. I can’t pick a favorite off that LP so I will list a single of equal value that came out that year: Dom & Roland remix of “Synesthesia” by E-Z Rollers on “Moving Shadow.” The vocal in this one is a “Bladerunner” sample. There was an exciting pervading theme of sci-fi as well as technology in DnB’s early years.

Kraken (Stakka and Skynet) “Side Effects” off “The Infantry” LP was another quintessential track. And I’d be remiss if I didn’t mention Dillinja (a.k.a. Cybotron, a.k.a. Capone). One of the most exciting things about starting Elements was hearing Dillinja on the Phoenix Landing’s subs! “Test001” was one of many faves from that year.

Photek was at the forefront of the evolving drum ‘n’ bass sound at that time, too. Optical “To Shape the Future” remix on “Metalheadz” … fire! The sounds are so non-musical and robotic I absolutely loved it, and the bassline, it just permeates your whole body. OK, one more, I promise! Moving Fusion “Turbulence” off the Ram “Sound in Motion” LP.

Q. What’s an all-time Elements favorite that never gets old?

A. There are quite a few, but Dom & Roland “Can’t Punish Me” comes to mind. We try and save momentous tracks like his for the anniversary parties so that they continue to be timeless.

Dom gets a lot of play on the anniversaries because no one did amens quite like him.

Also I have to mention a few more: Calibre & MC Fats “Drop it Down,” Digital & Spirit “Gateman” on “Phantom Audio,” and Concord Dawn “Morning Light” on “Timeless.”

Q. Over the years, who have been some of your most memorable guests? Do you recall any extra-special musical moments?

A. The first year when Skynet played a dubplate of Future Cut’s “Whiplash,” I’d never seen a reaction like that to a drop before. It was as if we were in a church and Jesus himself showed up or something.

Whenever dBridge plays, it’s as if he holds your consciousness like some sort of monk and takes you on a journey. It’s super awesome and I highly recommend it.

The Andy C (and MC Armanni Reign) show last fall was absolutely bananas. When you see someone that big in such an intimate setting, and they are as talented as they are, it’s intense. He is not only one of the most skilled DJs on the planet but his passion for the music is what floored a lot of us. It just never gets old for him and he seemed to really connect with and enjoy the dance floor. The show he played right before Elements was to 80,000 people! Kind of a big difference in comparison to little old us. I am pretty sure Andy C is an alien.

Q. Tell us about some new music that you’re excited about right now.

A. Yes, yes. Om Unit’s “Timelines,” which is coming out on Metalheadz’s long-awaited “Platinum Breakz 4” LP. I first heard it on Doc Scott’s “Future Beats” radio show last April and I was like “What is this?!!” Om Unit brings DnB back to its roots and breaks the mold at the same time. I think he is going to be good for its continued evolution. I love how “Timelines” evolves throughout the track rather than being formulaic or repetitive. It’s a great piece of songwriting. Also I’m a sucker for drums that change pitch.

Enter to win tickets to see Trio Da Kali at The Villa Victoria Center of the Arts (Newton, MA) on April 10th. END_OF_DOCUMENT_TOKEN_TO_BE_REPLACED

END_OF_DOCUMENT_TOKEN_TO_BE_REPLACED

Enter to win tickets to Rhye at The Paradise on February 28th. END_OF_DOCUMENT_TOKEN_TO_BE_REPLACED

END_OF_DOCUMENT_TOKEN_TO_BE_REPLACED

Enter to win a pair of tickets to attend The Hess Collection Seminar and Dinner as part of Boston Wine Festival 2018 at the Boston Harbor Hotel on Wednesday, March 14th. END_OF_DOCUMENT_TOKEN_TO_BE_REPLACED

Her new album has been pushed back, but we have Kimbra’s new single for you. END_OF_DOCUMENT_TOKEN_TO_BE_REPLACED

The folk duo returns with a new record this week. END_OF_DOCUMENT_TOKEN_TO_BE_REPLACED

Now that we’re done looking back at 2017, let’s look ahead at 2018. END_OF_DOCUMENT_TOKEN_TO_BE_REPLACED