‘Call Me Lucky,’ A Sundance Documentary With Boston Roots 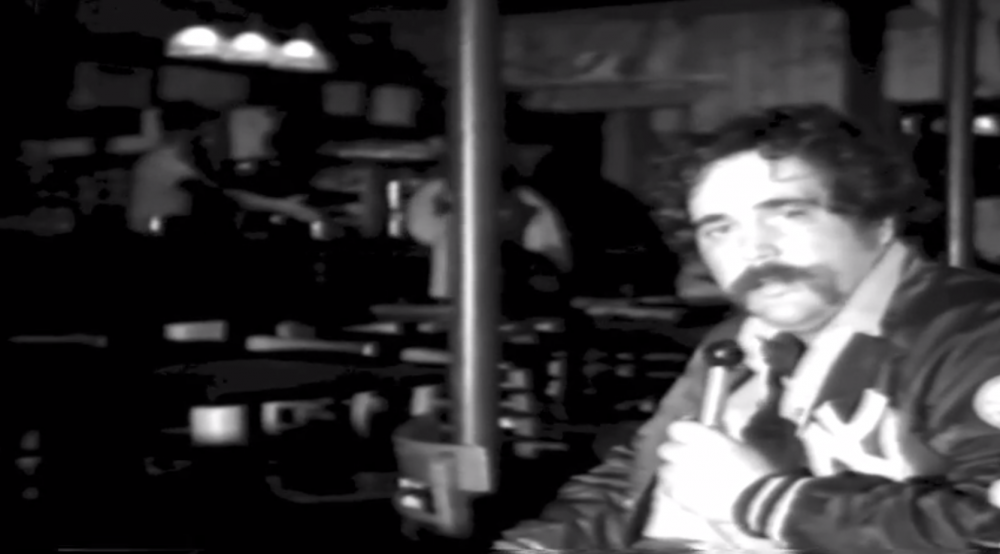 The Sundance Film Festival kicked off last in Park City, Utah and director Bobcat Goldthwait’s documentary titled Call Me Lucky is among the 118 films that will make its debut. With a focus on the life and career of comedian Barry Crimmins, it also happens to be one of only a few featured films with a Boston tie.

The film promises to be much more than a mere autobiography. It documents how Crimmins made a living being a funny person who was also the victim of child abuse growing up. The writer and comedian told Cleveland.com that the title of the film was influenced by his experience becoming both a political satirist and an “empathetic human rights activist rather than a basket case, or worse, a perpetrator of abuse.” 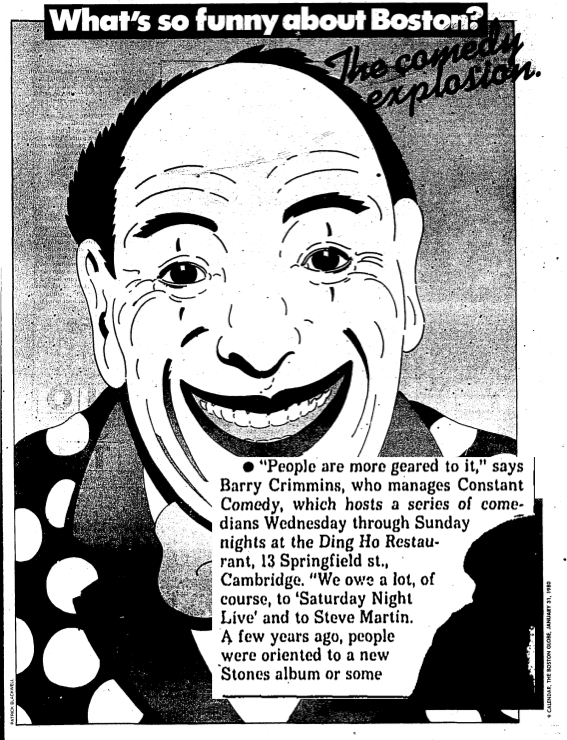 So, who exactly is Barry Crimmins?

He may not be the household name of other funny folks in film or television, but for those unaware, he is extremely influential in the world of comedy, especially here in Boston. The founder of comedy clubs Ding Ho and Stitches, Crimmins moved to the Hub in 1979 and is one of the pioneers who ignited this city’s comedy scene in the ’80s. Crimmins’ credentials are endless, from penning the popular book Never Shake Hands With a War Criminal to receiving several awards for his endeavors in activism. He discusses many of his Boston comedy roots in a recent episode of Marc Maron’s WTF podcast.

The new documentary, which premieres February 27 at Sundance, looks at all sides of Barry Crimmins.

Filmed in Boston, Los Angeles and upstate New York, Call Me Lucky aims to bring a variety of layers that piece together Crimmins’s life in what hopes to be an entertaining and funny way. According to Goldthwait, the feature was originally inspired by his good friend, the late Robin Williams, who suggested it should be a documentary and provided funding to help jumpstart it.

Goldthwait — who also wrote and directed World’s Greatest Dad and Willow Creek, says he typically wants his audience  to walk into his films not knowing what they’re about so that they can enjoy the turns and twists. But Call Me Lucky was different in that he wanted people to know the premise so that they can be surprised by the light-hearted moments that come along.

The director, with the help of other famous comedians such as David Cross and Patton Oswalt, paints the evolving and inspiring picture of Barry Crimmins, and with it, dissects the many layers of his personality and work.

“I hope I do both my friends proud,” the director says. “I hope it works.”

Enter to win a pair of tickets to attend The Hess Collection Seminar and Dinner as part of Boston Wine Festival 2018 at the Boston Harbor Hotel on Wednesday, March 14th. END_OF_DOCUMENT_TOKEN_TO_BE_REPLACED

Golden Globe and Emmy nominee Benjamin Wallfisch is the composer responsible for the score of the hit movie IT. I talked to Ben about his approach to scoring the new version of this iconic story and his thoughts on film and music overall. Some very insightful commentary; listen in. END_OF_DOCUMENT_TOKEN_TO_BE_REPLACED

Rupert Gregson-Williams is an award-winning film composer. He just so happened to compose the score for this summer’s big blockbuster Wonder Woman. We talked about his beginnings in film scoring, film scores that move and inspire him and, of course, Wonder Woman. END_OF_DOCUMENT_TOKEN_TO_BE_REPLACED

Jeff Rapsis is a New England-based composer and performer. Lately, he’s been creating live musical scores for silent film screenings. I talked to him about his process and a few of his upcoming performances at The Capitol Theatre in Arlington and the Somerville Theatre. You can keep track of where else Jeff is scoring silent films here. END_OF_DOCUMENT_TOKEN_TO_BE_REPLACED

Comedian Myq Kaplan is a comedian named Myq Kaplan. He joined me in studio this afternoon, and he’s at Laugh Boston this weekend. Click here for tickets. END_OF_DOCUMENT_TOKEN_TO_BE_REPLACED

Planning on seeing Rogue One: A Star Wars Story when it opens this weekend? I joined Adam 12 to give you an idea of what to expect. But don’t worry, I didn’t give anything away. END_OF_DOCUMENT_TOKEN_TO_BE_REPLACED

My goodness, I love Sue Costello. It was great having her back in studio today to talk about her one-woman show, #IAmSueCostello, playing tonight at the Revere Hotel. Click here for tickets. END_OF_DOCUMENT_TOKEN_TO_BE_REPLACED