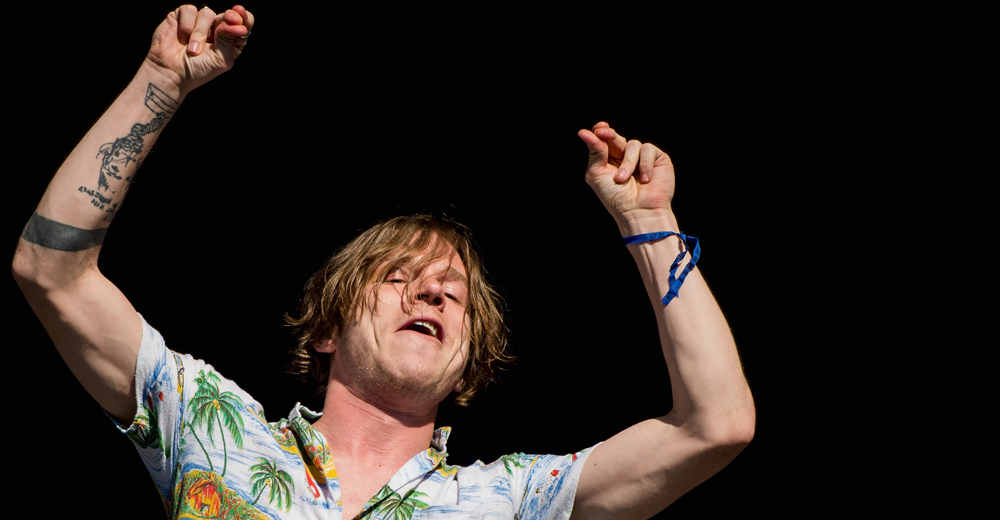 We’re into May (thank God), and there’s plenty of groovin’ to be had. If folklore has me correct, I believe the more shows that people attend is directly linked to how nice the weather is. If that’s not enough motivation, I’m not really sure what is. Go see some music this weekend.

Folkgrass trio Nickel Creek has reunited for a tour and will make a stop at House of Blues (with The Secret Sisters; 7 p.m., $29.50-45, all ages). British born rapper Slick Rick is known as one of the wittiest lyricists in hip hop history. He’ll be at Middle East Downstairs on top of a big hip-hop bill (with MC Kabir, The Metro, Educate The Antidote, Lambo, Jammineye, and Buhd + P. Banga; 8 p.m., $22, 18+). Local electropop studs Bearstronaut light up a Thursday bill at Middle East Upstairs (with Color Channel, Parallels, and Condor; 8 p.m., $10, 18+). Local legend Mary Lou Lord and Chris Colbourn of Buffalo Tom will lead this month’s First Thursday series at City Feed and Supply (with Hilken Mancini; 6 p.m., free, all ages). Allston chill-pop act Orca Orca will be at the helm of a more rockin’ local bill at O’Briens (with Cave Needles, Funeral Advantage, Fucko, and The Great Ak; 7 p.m., $8, 21+).

Canadian minimalist pop artist Jessy Lanza will tour through Boston with Maryland experimental act Ricky Eat Acid at Great Scott (9 p.m., $12, 21+). Deadbeat, featuring members of Bob Weir’s band RatDog will get some jamming on at Brighton Music Hall (8 p.m., $12, 18+). Crush! Boston presents a different type of dance night at Middle East Upstairs featuring Brooklyn’s Sweater Beats and local producer Tone Ra (with Darko, Tunesquad, CRIMM, and Woolf; 9 p.m., $15, 18+). Michelle Lewis, whose video for “Run Run Run” was featured on BDCwire last month will celebrate the release of her new album at Davis Square Theatre (with Bethel Steele; 8 p.m., $15, 21+). For a change of speed, check out Bronx-based rapper John Robinson at Church (with Endangered Speeches, Red Pages, Heddshotts, and more; 8 p.m., $10, 21+). for another option to keep it local, head to TTs and catch The Big Lonesome and The Grownup Noise (with Lannen and Silhouette Rising; 8 p.m., $8, 18+).

Saturday night is packed with variety. For a more laid back offering, check out Canadian songwriter Gord Downie with The Sadies, and And The Conquering Sun at The Sinclair and don’t miss opener Doug Paisley, who released a rather delightful album, “Strong Feelings,” earlier this year (8 p.m., $18, 18+). Local shoegaze outfit Soccer Mom celebrates the release of its debut full-length album with a massive show at Great Scott  (with Infinity Girl, Bedroom Eyes, and Palehound; 9 p.m., $9, 21+). Italian born lyricist and member of Jedi Mind Tricks, Vinnie Paz will be at The Paradise with Army of the Pharoahs (6 p.m., $20, all ages). Dallas synthgaze act Blackstone Rangers makes a trip up north to play Middle East Upstairs (with Guillermo Sexo, Slowdim, and Wakes; 7 p.m., $10, 18+). Cambridge newcomers Sweet John Bloom have a debut EP out and a whole slew of tour dates to work with. Get your first taste of them with Cuffs at Lilypad (with Littlefoot; 7 p.m., $6, all ages). Guerilla Toss and Bugs & Rats side project KTB will play a later show at Lilypad as part of Hassle Night (with Colin L. Orchestra and Dylan Ewen & the Sulk Scouts; 10 p.m., $5-10, all ages)

Sunday is a bit flat, maybe because the music gods would rather you celebrate Star Wars Day. If you’re really itching for some live music, head to The Orpheum and catch Cage the Elephant and Foals with J Roddy Walston & The Business (7:30 p.m., $33.50, all ages).

Enter to win tickets to see Trio Da Kali at The Villa Victoria Center of the Arts (Newton, MA) on April 10th. END_OF_DOCUMENT_TOKEN_TO_BE_REPLACED

END_OF_DOCUMENT_TOKEN_TO_BE_REPLACED

Enter to win tickets to Rhye at The Paradise on February 28th. END_OF_DOCUMENT_TOKEN_TO_BE_REPLACED

Her new album has been pushed back, but we have Kimbra’s new single for you. END_OF_DOCUMENT_TOKEN_TO_BE_REPLACED

The folk duo returns with a new record this week. END_OF_DOCUMENT_TOKEN_TO_BE_REPLACED

Now that we’re done looking back at 2017, let’s look ahead at 2018. END_OF_DOCUMENT_TOKEN_TO_BE_REPLACED

Our first Song of the Week for 2018. END_OF_DOCUMENT_TOKEN_TO_BE_REPLACED

In a year when so many things were off, the music was right on. END_OF_DOCUMENT_TOKEN_TO_BE_REPLACED