Cab Drivers Aren’t Getting a Fair Shake in Uber Debate 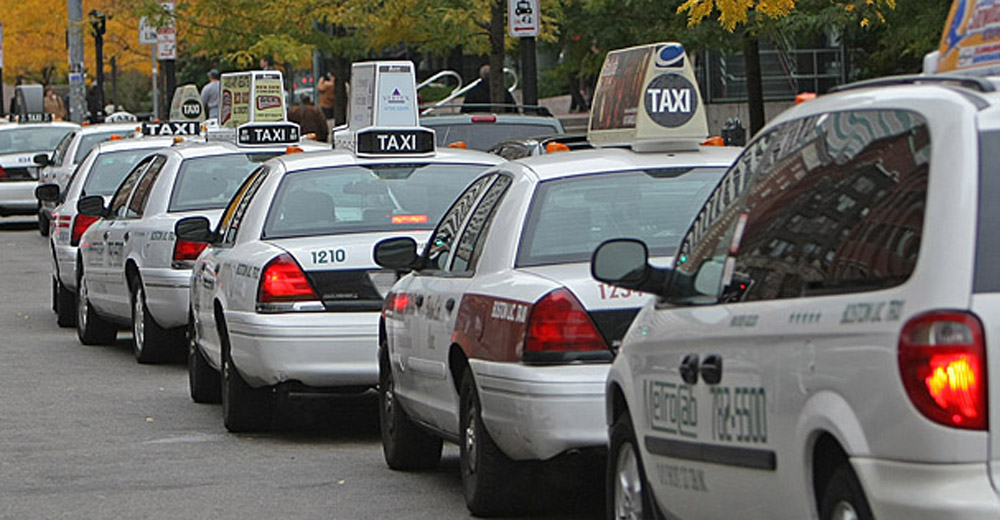 Okay, so by now everyone seems to be in agreement that the Boston taxicab industry is a barely solidified mold of diarrhea and Uber is the innovative tech chariot limousine service we’re all rightfully entitled to.

That has been the narrative of late anyway.

On Thursday, taxi drivers from Boston, Cambridge, Somerville, and Brookline put their rubber to the road surrounding Uber’s headquarters near South Station in protest of the service, claiming it threatens their livelihood. The drivers are calling for Mayor Martin J. Walsh to “establish a civilian commission that would oversee the burgeoning ride-sharing industry and establish stricter regulations for companies like Uber,” according to the Boston Globe. In response, the city has basically pelted them with tomatoes, while screaming at them to “innovate” instead of causing some horrific goddamn traffic jam in downtown Boston. I’ll concede that it’s hard to sympathize with their cause – the quality of service between the two is really incomparable – but I can’t help but feel like cab drivers aren’t getting a fair shake in the fight.

The prevailing sentiment from the more vocal faction of Uber’s user base across social media has made clear that the hissy fit is doing nothing if not watering their flowering affection for Uber. “This is just good ol’ American competition,” they argue. “You’ve got no one else to blame but yourself if you can’t surf the tides of change, brah.”

Fair enough. As I said, it is difficult to sympathize with a competitor – especially a losing competitor – whose only recourse is to call on the referee to change the rules mid-match. But one relatively large truth nugget has been continually stuffed into the Boston Taxi Drivers Association’s (BTDA) exhaust pipe and we’re neglectfully leaving them to choke on carbon monoxide.

Going back to the Globe article: “An April 2013 Globe Spotlight Team investigation found rampant corruption in the Boston taxi industry, in which drivers struggle to make a living and are often exploited by fleet owners. The series prompted calls for the city’s taxi industry to be removed from the purview of the Boston Police Hackney Carriage Unit, which many consider ineffective. Despite calls for reform, little has changed.”

Maybe cab drivers are picking a fight with the wrong enemy. But, if as the article suggests, little has changed in house, what should cab drivers be doing instead? That’s the real question and it’s being ignored because it’s apparently much more fun and useful to lambaste and dismiss their plight entirely.

Public opinion is vehemently against them. Their service sucks. Uber’s is great. No one is debating otherwise. But perhaps the least we can do is not be so goddamn condescending.

“There was a little taxi protest going on in Boston Thursday afternoon,” began one particularly stilted column about the whole ordeal. “Dubbed a ‘rolling rally’ by its organizers, the Boston Taxi Drivers Association, the protest proved to be nothing more than an excellent display of how to clog a few blocks of city traffic while furiously honking a bunch of horns.”

This, literally written from the perspective of an Uber driver’s passenger seat, helps no one and further diminishes the very real problems facing very real human beings who would like to eat very real food in order to maintain a very real existence.

Enter to win a pair of tickets to attend The Hess Collection Seminar and Dinner as part of Boston Wine Festival 2018 at the Boston Harbor Hotel on Wednesday, March 14th. END_OF_DOCUMENT_TOKEN_TO_BE_REPLACED

Boston band Funeral Advantage is Tyler Kershaw. And Tyler Kershaw had a fun childhood, so it seems. END_OF_DOCUMENT_TOKEN_TO_BE_REPLACED

Perry put me on to daephne and the album blew my mind. END_OF_DOCUMENT_TOKEN_TO_BE_REPLACED

While many have called out Davis since a video of her refusing to issue a marriage license to Rowan County residents David Moore and David Ermold went viral in July, relationship columnist and gay activist Dan Savage went a step further on MSNBC Tuesday night, saying that “this is about someone hypocritcally looking to cash in”. He added: “And she is a hypocrite.” END_OF_DOCUMENT_TOKEN_TO_BE_REPLACED