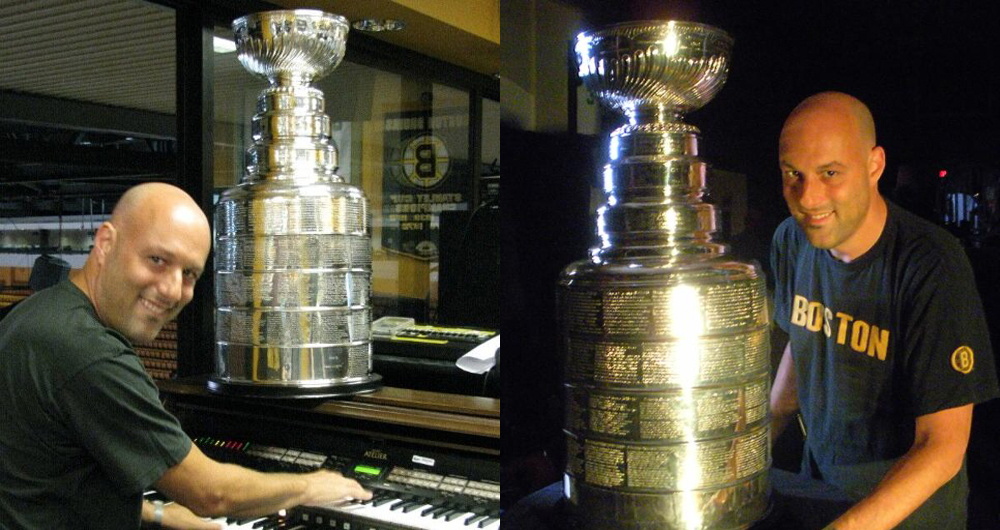 Whenever you go into the Garden, it is an experience. But it seems that everything is even more special when you go to a Bruins game. You’ve been looking forward to watch the B’s pummel the Canadians for months now. You check your pockets to make sure you did not lose the tickets. You meet your friends at the gate and walk through the turnstiles, yet again. Juggling a drink and a snack that gave your wallet a Chara-sized hit, you make your way to the seats. As you sit, waiting anxiously for the puck to drop, you may notice a jolly sounding organ playing over the loud speaker.

That music comes from Ron Poster. During every Bruins and Celtics home game, in a suite overlooking the ice, Poster takes a seat behind the organ he plays so well. Each day behind the organ is different.

“I make real-time song choices in real time based on what is going on in the game, and hockey is a very fast game”, says Poster. “My personal favorites change on a weekly basis.”

“I really enjoy bringing a brand new hit song that one wouldn’t usually expect to hear on the organ.” According to Poster, fans’ favorites also change frequently. He says, “I find that the fans react well to current pop music.  They also enjoy ’80s and ’90s rock. They also love music by Rush. I try to make everything I play a fan favorite.  My job is about giving the fans what they want.”

Although he does not have a setlist of songs to play each night, Poster gave us a list of songs that he might play in any given situation:

If there was an especially hard hit I might play “Enter Sandman” by Metallica. If there has been a shift in momentum and we need an extra push I might play, “Ride of the Valkyries” by Wagner.
This is one of the hardest parts of the job. When you’re blowing a team out, the job is easy. When you are losing by a wide margin, it is hard. You don’t want to play “happy” songs because it’s not situational and almost insulting to the fans. Occasionally I’ve played “the other team’s” goal song from the movie “Slapshot.” I usually stay with neutral songs and standard hockey arena cheers.
Pre-game I usually play “Nutrocker” which is based on “The Nutcracker” and used to be the old TV38 Bruins song. Many fans think of it as the theme of the Bruins. During the walk-in and intermissions I get to play more long form songs and I usually try and mix it up between classic rock and pop and some jazz standards.
If we’ve been peppering the opposing goalie on the power-play and he’s been standing on his head, I might play “Give It Up” by KC & The Sunshine Band.
After a win I play “Paree” which is the official theme of the Bruins. John Kiley used to play the team onto the ice with this song.
After a loss I sometimes play “Say It Ain’t So” by Weezer.
There’s an old Alan Jones jazz standard I like to play called “Easy Street.”
There’s a Cole Porter standard called “What Is This Thing Called Love.”
First song that comes to mind is “Get Here” by Oleta Adams.
If you can’t make it to The Garden to hear Ron, no worries! He can also be seen playing every week at Les Zygomates Bistro and Lucky’s Lounge in Boston. You can also find him on twitter @RonPoster.