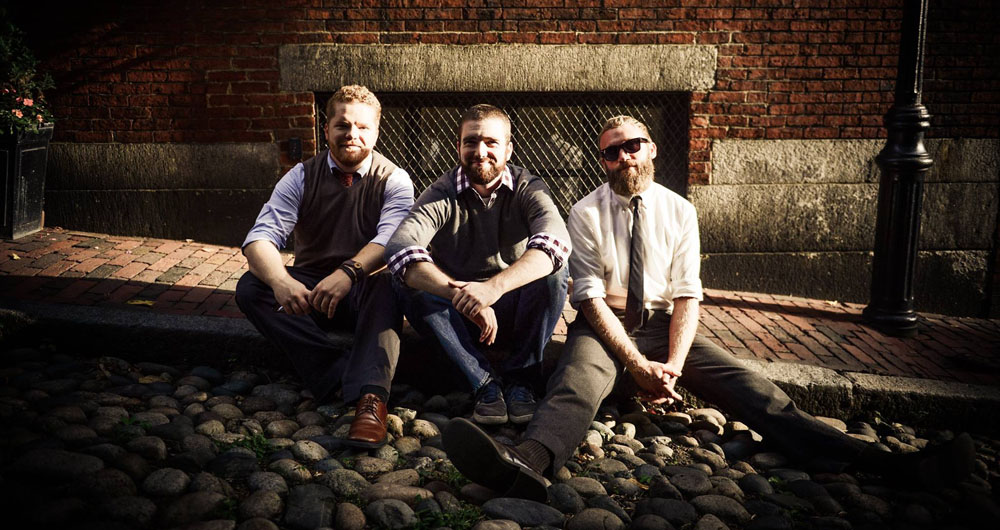 Brothers McCann are a tried and true New England band. They’re the types you see out at every local show, even when they’re not playing, the kind of group that would make even the tightest square in your circle of friends succumb to the dance floor, hell, they’ve even sang the National Anthem at a Pats game. They could play anywhere, from The Paradise, to a dive bar in Southie, to your cousin’s wedding (the one who loves to party, of course), and not only would they fit in perfectly, but they’d make it count.

Brothers McCann are now putting out a new album, “Days of Ease,” with a release show June 18 at Oberon in Harvard Square. The new record positively reflects the bands time on the road with fellow folk rock stalwart Martin Sexton, putting a rootsy acoustic spin on vocal-driven soul. The trio joins the higher ranks of New England’s potent Americana jam-rock scene that features other performance-is-priority studs like Ryan Montbleau and Tim Gearan. Featuring guest contributions from local heroes like viola player Laurence Scudder (who will also appear at the release show), “Days of Ease” is almost like an extended family reunion for the band (immediate family already being in the band), and an album that will easily make your summer more pleasant. Don’t miss their release show June 18 at Oberon, and visit the band’s website to order the album.

Today, the band lends its expertise to give us our Midweek Playlist, which they call “A Road Trip Shuffle.” The beginning of summer is a great time to go experience the open road, but don’t forget to add these tracks to your playlist if you plan on doing so. The band describes the tunes to be for, “people cranking their tunes and headed somewhere special to celebrate being alive. From Carson Beach to Mission Beach or wherever you are headed, here are some of our favorite tunes we use as the backdrop of our adventures. ”

“Pokey LaFarge is an American truth. Authentic, timeless and simply irresistible. We rarely turned off his eponymous album off during our last Midwest adventure. Pop this on with a shandy in hand and you could swear you are aboard the Water Queen on the mighty Mississippi.”
“One of the mainstays on our ‘Most Played Artists,’ there isn’t much that we don’t love about Josh Rouse. His album ‘1972’ has accompanied countless backyard bonfires and this off his March release ‘The Happiness Waltz’ further confirms our love for the dude.”
Riverboat by Tim Gearan

“One of our first musical adventures in Boston featured the three of us sitting slackjawed watching Tim Gearan do what Tim Gearan does. Lucky for us, he calls Boston home. This track, off his latest – ‘Riverboat’ – rips.”
“Because Beck.”
“Michael Kiwanuka gives us hope that the best of music is yet to come. His music recalls and reinforces all we cherish about making sounds. There are days we pine to have been able to see Bill Withers or Taj Mahal in his prime. Then this song comes on and we smile knowing it was released in Feburary.”
“These brothers make great noise together. It’s easy to see what an inspiration The Wood Brothers are for us. This is such a beautiful performance and a stellar track off their album ‘The Muse.’ Perfect for one of those late night drives heading towards a sunrise.”
“This band kicks complete and utter ass. If you haven’t had a listen to them, the title track off their latest album ‘Made Up Mind’ tells you everything you need to know. Spewing authentic truth, Tedeschi’s vocals could ONLY be supported by the inimitable Derek Trucks on the slide. At about 70mph on the Mass Pike, with the window down, this track has helped us through the last push of a long drive.”