Broncos Fan Posts Most Delusional, Insane Message Ever After Loss to Patriots 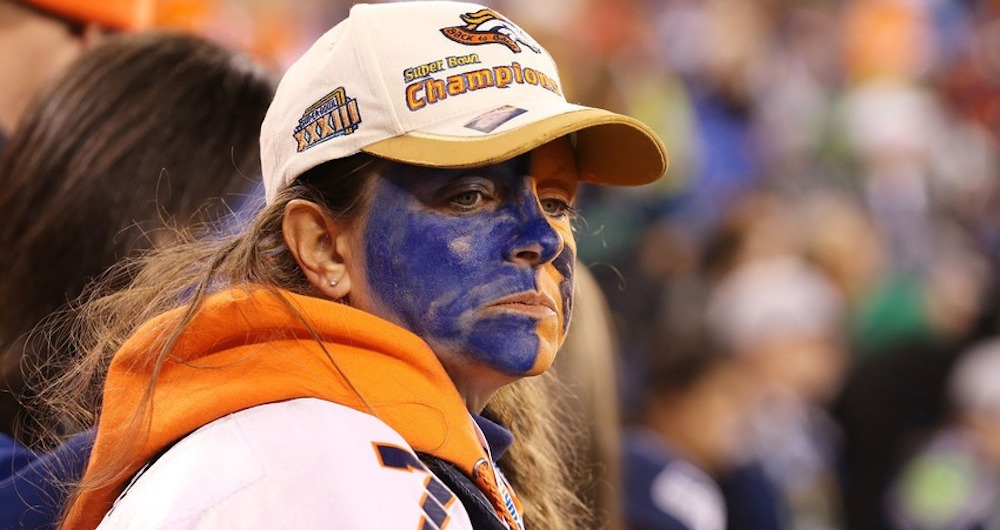 Welcome to the Monday Morning Bellyache, where each week we find some of the sorest losers from this week’s Patriots game. Today, we look at 25 extremely unhappy Broncos fans, including one who is writing his Congressman and boycotting the NFL, one who thinks the ref helping Brady up after a sack proves the game is rigged, and a whole bunch who think it’s a conspiracy that the Pats and Broncos play at Gillette Stadium so often, and apparently don’t understand how NFL scheduling works. 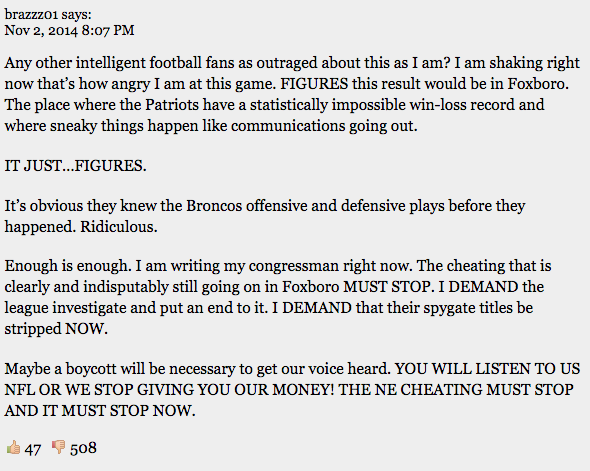 Just bask in the hatred for a moment. This man’s tears could fill an Olympic-sized pool. This man’s rage could power Gillette’s scoreboard for an entire season. I would pay TMZ-level money to obtain a recording of Brazzz01 calling his Congressman to complain about the NFL’s cheating ways. It doesn’t get any better than this.

You know, except for touchdown passes, completion percentage, and wins — pretty sure Brady had the edge on Manning had the edge in the wins category.

Sure, Tom Brady is 67-33 on the road, but he certainly doesn’t have a better road winning percentage than Peyton Manning! Oh, he does? My mistake.

Or a perfectly logical function of the NFL schedule, which is 98% pre-determined every season. But just to be fair, I did a thorough investigation of this conspiracy using a trick us journalists sometimes use called Googling it. Looks like the Broncos will host the Patriots each of the next 3 years, but if that doesn’t happen, get back to me on the conspiracy thing.

You know, the one who barely missed kicking directly into 35 mph winds. You know who wouldn’t have missed that? Matt Prater, who the team foolishly released after he was suspended for violating the NFL’s substance abuse policy.