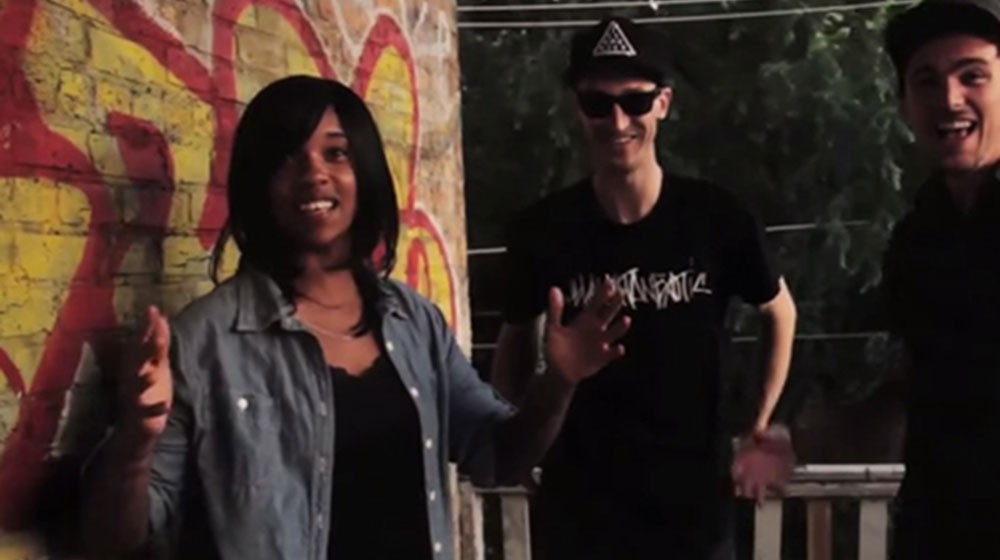 From the dense thicket of the Chicago hip-hop scene come ProbCause and Psalm One (here branded as Hologram Kizzie), two indie vets whose chemistry is evidently explosive.

It’s hard to sort ZRO FOX’s eponymous debut EP into a logical subgenre — it shows signs of drill, EDM, club, industrial, and gangsta all laid over the pair’s base of underground hip-hop. “ZRO FOX” is certainly persistent,  though. Over the EP’s 5-song play, Prob and Psalm maintain pulse and momentum, hammering one-liners with bombast and swaggering off each other like Rae Sremmurd. It’s fucking fun to listen to.

Many will recognize Psalm One as the erstwhile matron of the Rhymesayers crew, but it’s been some time since we’ve heard anything from her from the Minneapolis label. Where we have been hearing her is alongside ProbCause — the two traded verses on both installments of his The Recipe releases as well as Psalm’s Hug Life album. With the obvious next step being an EP, ProbCause and Psalm too to hometowners Bonafyde Media to drop their collab.

The tracklist is also rife with features from other Chicago odds and ends. All five tracks are handled by Bonafyde’s Wes P and Drew Mantia, who embed a party atmosphere that fellow locals Sharkula (“Calamari Astronaut,” the EP’s best track) and Sasha Go Hard (“Might Not”) key on immediately.

“Might Not” is the EP’s flagship, a caustic and playfully arrogant assertion of ZRO FOX’s abilities that would be at home on any radio dial. “Go Pro” accomplishes a similar end, but with a catchier hook and much less vinegar. The project closes on “Pheaunee Heaux,” one last jab from the lyrical duo, who’s swagger, by this point, has bled into the cackling Auto-Tune throes of Cash Money.

Lock “ZRO FOX” into your SoundCloud above. Gratis, of course.