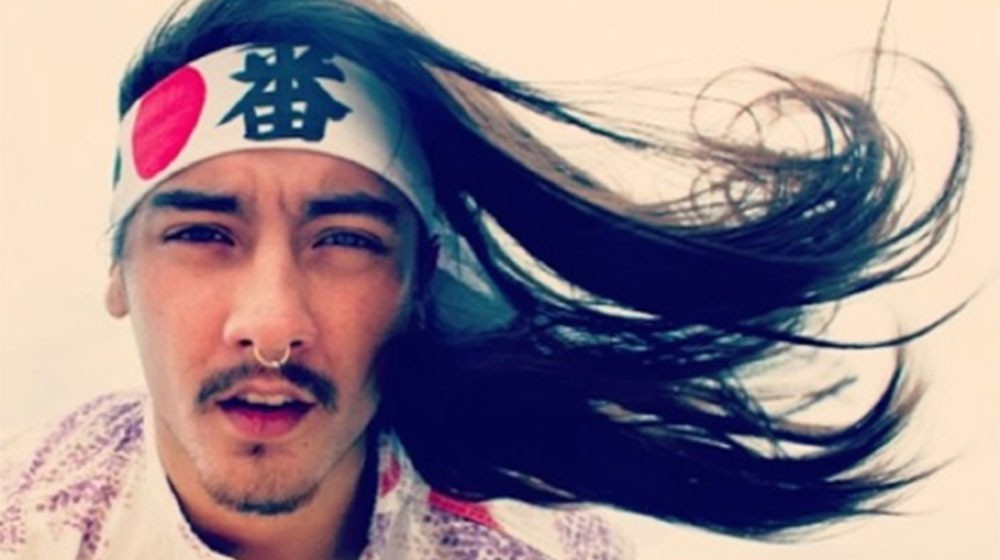 You may recognize Chicago rapper Towkio from the cover of this week’s RedEye, but if you’re not the kind of Bostonian that routinely checks out the alt weeklies of other metropolitan cities, you might’ve mixed the rising talent out of Chance the Rapper’s SaveMoney crew.

.WAV Theory is Towkio’s debut mixtape, encompassing 12 songs that infuse the Second City’s strong hip-hop tradition with dance and electro overtones. The overall aesthetic is a clean, hyperstylish album that’s worth of its front-page recognition. Showing obvious Pharrell Williams influences, .WAV Theory  has a keen pop sensibility that never betrays the hip-hop genre; instead, the 21-year-old imbues his rap music with unencroaching amounts of EDM, dance, dubstep, and trap.

The most brusque entry in the tracklist is “God in Me”, a defiant motherfucker of a song that recruits Leather Corduroys to create a chantable party track with an 800-pound chorus. It’s by far the hardest-hitting song on the album, with Towkio opting for brighter grooves like “Break You Off” (which opens with a Kristoff Krane-esque a capella) and “Heaven Only Knows”.

Sometimes, as in “Heaven Only Knows” and “I Know You”, this brightness incarnates as an electro-soul praise song. Afront a pair of choppy and up-pitched samples,  Towkio swaps his church shoes for dancing shoes and parades a gospel choir down the fluorescent beatwork provided by FKJ and Peter Cottontale, respectively. Elsewhere, on “RN”, Towkio radiates uber-posi vibes over an enchanting string of chimes. All three examples are magnanimous examples of how the young emcee is staking his claim to the SaveMoney roster.

Speaking of which, SaveMoney headliners Chance the Rapper (“Clean Up” and “Heaven Only Knows”) and Vic Mensa (“Involved”) do show up on the tape, though neither’s presence infringes on Towkio’s legitimacy. Aside from “Addicted”, which could’ve been an Acid Rap b-side, he rarely even resembles his SaveMoney peers. To wit, on “Clean Up”, he tackles his detractors head on, rapping “I get it get it, your friends did it, they famous/ And you rap, too, so when you gon’ make it?”

Towkio high-steps the answer to that question, barrelling on through the mixtape without looking back. Pitchfork was a bit miffed by the lack of a response, but Towkio’s music doesn’t swell on such statements of purpose. He seems more like the type to just crank the dial and shake those reservations loose. Perhaps its a concern he’ll address more earnestly on his album proper, but this free mixtape, Towkio is all about having a good time.

Enter to win tickets to see Trio Da Kali at The Villa Victoria Center of the Arts (Newton, MA) on April 10th. END_OF_DOCUMENT_TOKEN_TO_BE_REPLACED

END_OF_DOCUMENT_TOKEN_TO_BE_REPLACED

Enter to win tickets to Rhye at The Paradise on February 28th. END_OF_DOCUMENT_TOKEN_TO_BE_REPLACED

Her new album has been pushed back, but we have Kimbra’s new single for you. END_OF_DOCUMENT_TOKEN_TO_BE_REPLACED

The folk duo returns with a new record this week. END_OF_DOCUMENT_TOKEN_TO_BE_REPLACED

Now that we’re done looking back at 2017, let’s look ahead at 2018. END_OF_DOCUMENT_TOKEN_TO_BE_REPLACED

Our first Song of the Week for 2018. END_OF_DOCUMENT_TOKEN_TO_BE_REPLACED

In a year when so many things were off, the music was right on. END_OF_DOCUMENT_TOKEN_TO_BE_REPLACED