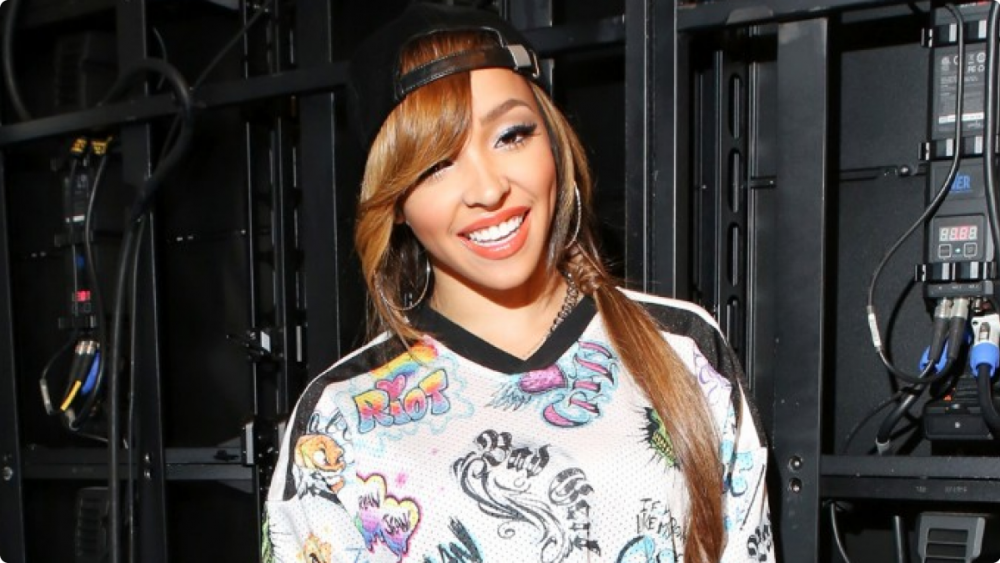 Kentucky’s Tinashe is only 22 years old, but the prolific songstress has been in showbiz since she was three years old, finally reaching her deserved acclaim in 2012 after dropping a pair of mixtapes recorded in her bedroom.

The mixtapes in question, In Case We Die and Reverie, got her signed to RCA Records, and she released her major label debut Aquarius with their cosign in 2013. Now, the mononymous R&B singer returns to the bedroom studio to drop  Amethyst, an intoxicating EP that revives the magic that launched her music career three years ago.

Amethyst is lush and atmospheric, recalling the styles of JMSN, Ciara, and, most notably, The Weeknd with its sultry mood. The effect is entrancing, as Tinashe breaths her airy vocals into the mix like a pheromone, locking you into the EP’s seven-song run.

“Dreams Are Real” opens Amethyst with an ethereal-yet-trill mix that traipses the border of EDM with its key work but bravely pulls back before anything resembling a drop materializes. The song sets a precedent wherein Trinashe explores mystical sounds all the while staying very grounded in her lyrics. Not-Thor producer of the moment Ryan Hemsworth pieces together Amethyst‘s best instrumental on “Wrong,” slapping bossanova bass right next to a busy jazz hi-hat.

“Worth It,” Amethyst‘s penultimate song features another trending name, California’s rising IAMSU! By being the only person to break into Trinashe’s fortress of solitude, IAMSU! brings a welcomed twist to the mostly solo romp. That’s not to say the rest of Amethyst‘s tracklist gets monotonous with Trinashe’s voice being the only featured — on the contrary, the soulful singer infuses several vocal textures. She smears a roboticized slur across “Wrong” like an “I Feel Like Dying”-era Lil’ Wayne but enchants with a classic ’90s R&B affect on “Wanderer.”

With a fourth masterful entry in her discography, Trinashe is finally settling into her niche as an artist. Though the model/actress/producer has worn may hats in her career, it seems as though she’s found her calling in the isolation of her bedroom. If Amethyst is evidence of anything, it’s that all Trinashe needs is a beat, a weekend, and a closed door to make some of the best ambient R&B heard in the 2010s.

Enter to win tickets to see Trio Da Kali at The Villa Victoria Center of the Arts (Newton, MA) on April 10th. END_OF_DOCUMENT_TOKEN_TO_BE_REPLACED

END_OF_DOCUMENT_TOKEN_TO_BE_REPLACED

Enter to win tickets to Rhye at The Paradise on February 28th. END_OF_DOCUMENT_TOKEN_TO_BE_REPLACED

Her new album has been pushed back, but we have Kimbra’s new single for you. END_OF_DOCUMENT_TOKEN_TO_BE_REPLACED

The folk duo returns with a new record this week. END_OF_DOCUMENT_TOKEN_TO_BE_REPLACED

Now that we’re done looking back at 2017, let’s look ahead at 2018. END_OF_DOCUMENT_TOKEN_TO_BE_REPLACED

Our first Song of the Week for 2018. END_OF_DOCUMENT_TOKEN_TO_BE_REPLACED

In a year when so many things were off, the music was right on. END_OF_DOCUMENT_TOKEN_TO_BE_REPLACED