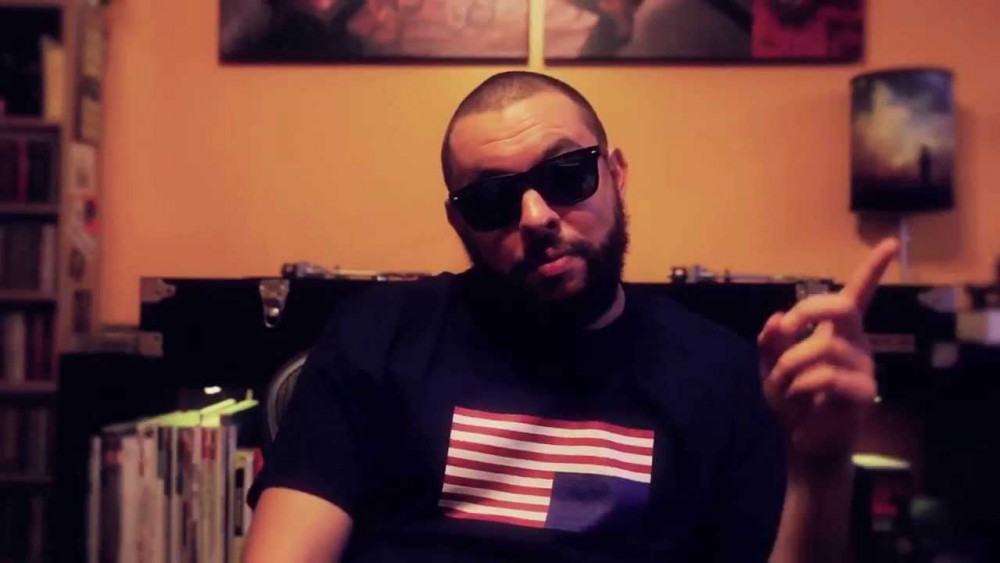 This is the second time we’ve featured Brooklyn street rapper Mr. Muthafuckin eXquire on Broke Beats, but his last go-around wasn’t nearly the introduction the man deserves. Now, eXquire starts of 2015 with a full-length mixtape of his signature nonchalant grime.

“Live from the Danger Room” is actually only one of two tapes eXquire released last week, with the first coming a day earlier, but “Danger Room” is the entry worth pointing out. The release showcases many members of eXquire’s Passion cohorts, and it has a much smokier vibe than some of his previous work, but that doesn’t mean the boisterous NY emcee is outside his element. On the contrary – we’re given eXquire in one of the rawest settings he’s taken to wax, because all the tracks he features are throwbacks to his early career.

“Danger Room” stumbles a bit out the gate with your mixtape-standard “Intro,” but in the clumsy mission statement eX let’s you know you’re not getting into anything too polished, anyway. Despite this disclaimer, there are a handful of playable bangers here. “dOWNwARDs” and closer “DEATH ADDERS” both pulse the woofers with dancehall bass and lean-drunk swag. “White Girls” is a bit of a guilty pleasure, given the well-worn hip-hop cliche it’s based on, but it still holds its own as one of the album’s most fun episodes.

Elsewhere, eX is noticeably less refined. “Buhzooka” cites a Vine meme that might’ve been topical at the time of it’s recording, but in 2015, it elicits a cringe. “7 Deadly Sins” and “Terror Draft”are both tamer and populated by  uncharacteristically orchestral beats.  Song-to-song, the album is pretty poorly mixed, which is to be expected from this sort of hard drive cleansing, but it is intriguing to watch eX’s past unfold.

“Danger Room” is somewhat of a photo album in this regard – it tours through eXquire’s evolution from his subdued, smoked-out roots to his current verbosity. Though, of course, some things haven’t changed. From the evidence here, the dude has always had the verbal chops to carry his crew, and that means it’s only a matter of time until we get a defining LP from Mr. Muthafuckin eXquire. Maybe 2015 will be the year.