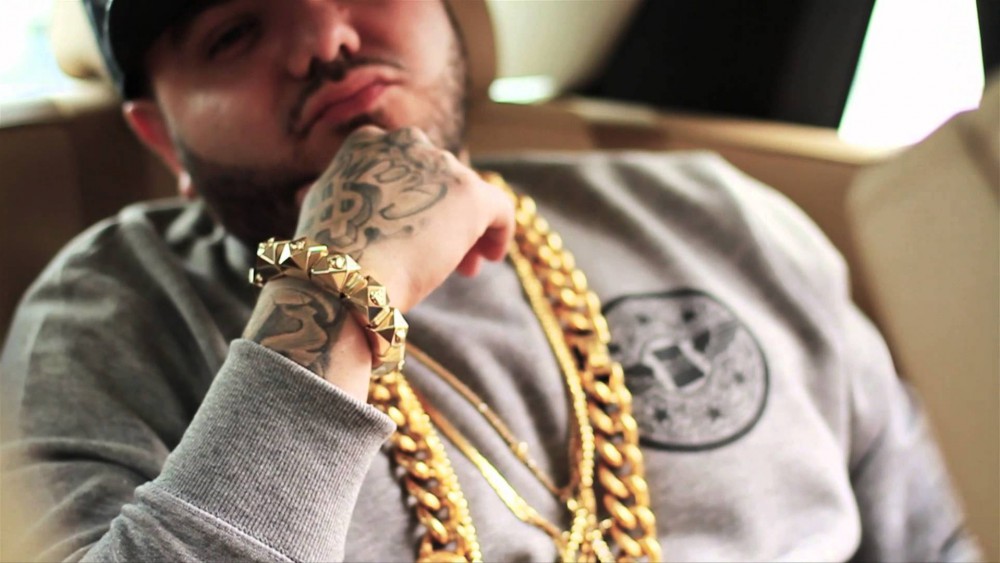 He’s a rare coke rapper that can flash his drug money and weight on wax and not sound tired. He works well within the milieu of a drug-running industry fatcat all the while taking his Rick Ross ambitions to new corners of style and finesse. The breakout-ready rhymer’s Mayalino EP finally arrived this week after a lengthy delay, but Mayalino makes it worth the wait, lacing all nine tracks with confident, listenable brags, making his tape much more clever than the industry standard.

What other trap star opens their mixtape with a song like “Warning”? Produced by Dj SpaceCity, the songs is bare reflection on the relationship between hip-hop and dealing. In the song, Mayalino recognizes the way that drugs disenfranchise the African American community and how dopeboy flash is hollow, but he submits his own powerlessness to stop it with anything more than urging the younger generation to do different. He’s already lost to the game.

This doesn’t mean that Mayalino is above reveling in the glory that slanging coke brings. The EP’s closing track, “Coke God”, is exactly what it sounds like. Hip-hop’s correlation to drug dealing is all about one-upsmanship, and with this boast, Mayalino wants you to know he’s in the upper echelon of suppliers. Pusha T, the prototypical coke rapper, cosigns this claim on “Kilo King,” which also features Houston OG Scarface.

There are other moment of introspection (i.e., “Taxi Cab”), but Mayalino EP mostly continues with this aesthetic, with Mayalion elevating the benchmarks at every turn. Even “Bad Table Manners,” a take on industry rap’s “I fucked yo bitch” trope, is done with a level of inventiveness. Gabe Parker keeps the background atmospheric and low-key, with swirling strings that don’t deter both Mayalino and Parker from brazenly running back the details of their (fantasized) adultery with a velvet glove over his iron fist.

Of all the producers featured on the album, QB da Problem creates the best canvas for capturing Mayalino’s greatness. On “Public Announcement,” horns and swing piano make big, long flourishes reminiscent of early-00s Just Blaze, and “Taxi Cab”‘s saxophone and clippy drums set up Mayalino to spill guts alongside his alongside his love of yayo.

“Different” is a term that radio guys like to throw around without giving any examples (see, 2 Chainz), but Mayalino pulls it off without being too different. He’s not moving the genre very far in terms of content, but he’s more than making up for that with style.

Enter to win tickets to see Trio Da Kali at The Villa Victoria Center of the Arts (Newton, MA) on April 10th. END_OF_DOCUMENT_TOKEN_TO_BE_REPLACED

END_OF_DOCUMENT_TOKEN_TO_BE_REPLACED

Enter to win tickets to Rhye at The Paradise on February 28th. END_OF_DOCUMENT_TOKEN_TO_BE_REPLACED

Her new album has been pushed back, but we have Kimbra’s new single for you. END_OF_DOCUMENT_TOKEN_TO_BE_REPLACED

The folk duo returns with a new record this week. END_OF_DOCUMENT_TOKEN_TO_BE_REPLACED

Now that we’re done looking back at 2017, let’s look ahead at 2018. END_OF_DOCUMENT_TOKEN_TO_BE_REPLACED

Our first Song of the Week for 2018. END_OF_DOCUMENT_TOKEN_TO_BE_REPLACED

In a year when so many things were off, the music was right on. END_OF_DOCUMENT_TOKEN_TO_BE_REPLACED