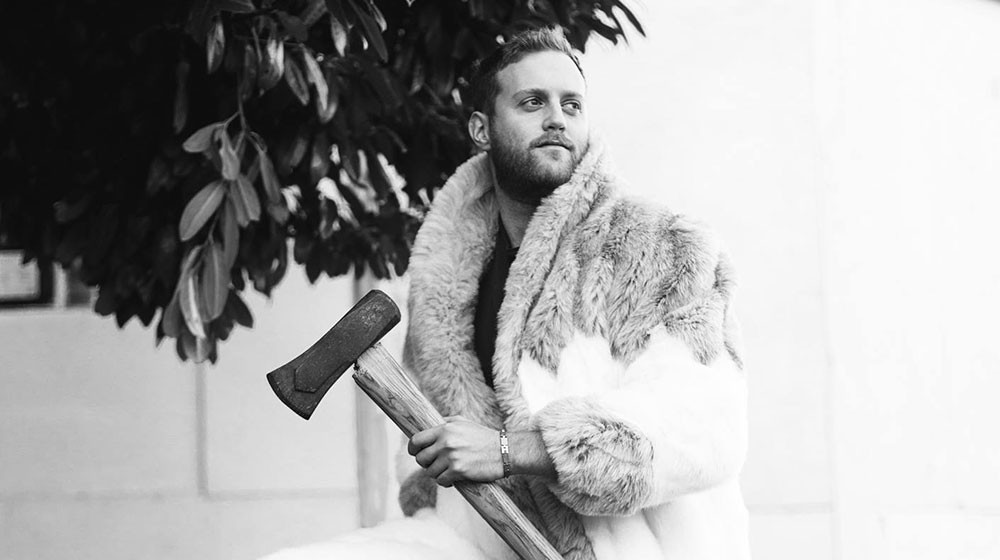 Our world is too busy. There’s too much noise and far too many words, which is why it helps to unwind by visiting other planets, such as Kevin Lavitt’s solar system of reposed keyboards and samples.

Planets, the latest EP from the Seattle beatsmith lets you sit back and project rather than just being all about intake. Only three of the album’s eight tracks are instrumentals (“Zodiac,” “Planets,” and “Callisto”), even those featuring guest vocals have big spacious loops for reflection. Lavitt’s touch is ethereal and distant, though every song on his new project is blush with an almost analog warmth.

“My mission with Planets is to open up people’s ears to musical possibilities that are out of the ordinary,” Lavitt tells DJ Booth, “Like seeing a new color. I want to showcase all of the featured artist’ talents on a musical platform that no listener has ever experienced.” This is certainly a bit melodramatic for what the album actually achieves — a producer giving the backdrop for a series of artist to perform isn’t nearly a revolution — but it’s definitely a backwards take from Broke Beats, which makes it all the more intriguing.

“Strange,” which features a Tinashe-esque contribution from Ariana Deboo, is the de facto single from Planets — a funky, stripped-down R&B jam that plays like two ribbons of velvet rubbing together — but the album is so evenly spread with features it’s hard to pick a standout. Kung Foo Grip’s regimented out-the-gate verse on “Be Here Always” drives the lively telephonic beat right into a vibed-out chorus from Alana Belle, delivering the album’s most enjoyable romp (at one point, Grip raps “If we made a sex tape, it’d probably go platinum”). On the other side of the dynamic, Thig Nat’s modulated addition to album closer “The Deep End” creates a moody air that ends Planets ominously.

Lavitt’s instrumentals parse different moods for you to inhabit. “Zodiac” opens the EP in a cosmic swirl of lush tones, and three songs later, “Planets” brings this milieu back to Earth with sobering percussion. There’s much for the mind to explore here, so I suggest you grab a complementary download and get to taking your own thoughts for a stroll. Lavitt’s got the tunes to get things started.

Enter to win tickets to see Trio Da Kali at The Villa Victoria Center of the Arts (Newton, MA) on April 10th. END_OF_DOCUMENT_TOKEN_TO_BE_REPLACED

END_OF_DOCUMENT_TOKEN_TO_BE_REPLACED

Enter to win tickets to Rhye at The Paradise on February 28th. END_OF_DOCUMENT_TOKEN_TO_BE_REPLACED

Her new album has been pushed back, but we have Kimbra’s new single for you. END_OF_DOCUMENT_TOKEN_TO_BE_REPLACED

The folk duo returns with a new record this week. END_OF_DOCUMENT_TOKEN_TO_BE_REPLACED

Now that we’re done looking back at 2017, let’s look ahead at 2018. END_OF_DOCUMENT_TOKEN_TO_BE_REPLACED

Our first Song of the Week for 2018. END_OF_DOCUMENT_TOKEN_TO_BE_REPLACED

In a year when so many things were off, the music was right on. END_OF_DOCUMENT_TOKEN_TO_BE_REPLACED