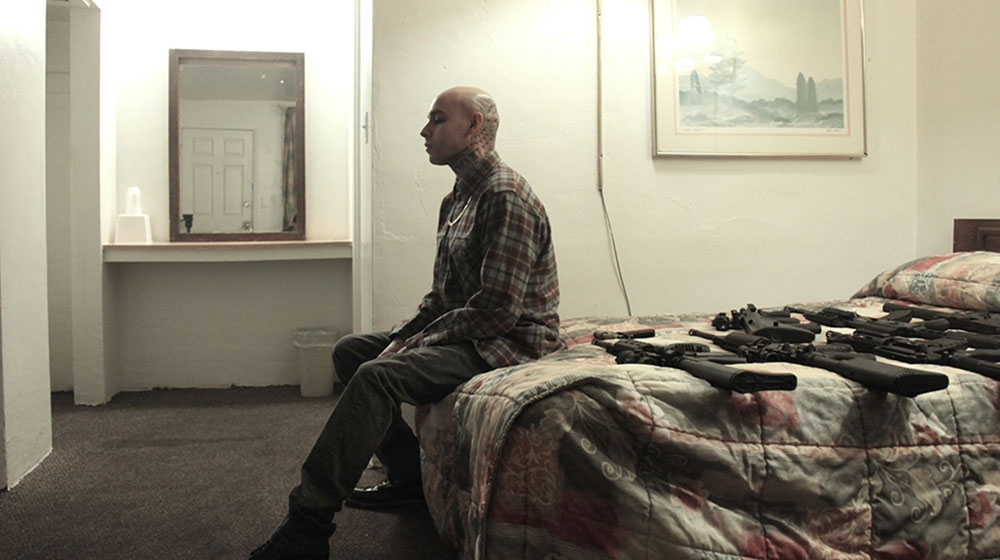 This week, Mass Appeal premiered Tucson rapper Isaiah Toothtaker’s latest free EP “Your Majesty.” Anyone who’s been a fan of the column since before the migration will remember Toothtaker’s name from his three previous Broke Beats appearances from way back in the day, and “Your Majesty” is yet another turn in the inventive emcee’s widening array of costless material.

Unlike “Toothy Wavy,” “Rob Zombie,” or “Illmatic 2,” which I featured before (or “Sea Punk Funk,” “Humansuit,” “Nothing,” or “Frownin,” which I did not), “Your Majesty” was conceived mostly on the fly. Producer Meaty Ogre produced all the beats on an SP1200 drum machine in real time without going back to polish, and Toothy did his verses in a single take each. The result? An synchronously raw six-song EP.

Meaty Ogre’s production mostly hovers around a washed out ’80s mode that Toothtaker is obviously comfortable joining him in (see “Sea Punk Funk”). More than that, the pugnacious two-time felon is no stranger to rawness, so “Your Majesty” is an excellent showcase of Toothtaker’s nascent skill. The songs are quick  – “Block Bleeder” clocks in at a mere 42 seconds – and consist of single verses that (for the most part) meditate on a single rhyme. This is a singularity of purpose. By focusing his skill on naturally emergent music, both Toothtaker and Meaty Ogre capture the life-giving spark of artistic collaboration in the most organic way possible.

These are one-shot pieces of art. Limited edition gangster jams that emerge from the ether in rough strokes. And the roughness is what makes it so attractive.

Toothtaker’s inherently avant rap stylings, while limitless and captivating, are what enable the tatted-up underground brawler to dole out his work free of charge. Free releases allow him to reach a wider audience that is unwilling to scale a paywall for something that confronts their pre-established definitions of rap. “I just think it’s good to have these records right now as they are just to sort of show the capability in really giving it to the people,” he told me in 2012, and it seems as if that’s still true today.

Well, at Broke Beats, we like it as weird as possible, which is why Toothtaker will always get a nod whenever he’s generous enough to release a new evolution in his style. And it’s good to see the dude still putting out quality decibels even after his weirdo supergroup Machina Muerte called it quits earlier this year.

Enter to win tickets to see Trio Da Kali at The Villa Victoria Center of the Arts (Newton, MA) on April 10th. END_OF_DOCUMENT_TOKEN_TO_BE_REPLACED

END_OF_DOCUMENT_TOKEN_TO_BE_REPLACED

Enter to win tickets to Rhye at The Paradise on February 28th. END_OF_DOCUMENT_TOKEN_TO_BE_REPLACED

Her new album has been pushed back, but we have Kimbra’s new single for you. END_OF_DOCUMENT_TOKEN_TO_BE_REPLACED

The folk duo returns with a new record this week. END_OF_DOCUMENT_TOKEN_TO_BE_REPLACED

Now that we’re done looking back at 2017, let’s look ahead at 2018. END_OF_DOCUMENT_TOKEN_TO_BE_REPLACED

Our first Song of the Week for 2018. END_OF_DOCUMENT_TOKEN_TO_BE_REPLACED

In a year when so many things were off, the music was right on. END_OF_DOCUMENT_TOKEN_TO_BE_REPLACED