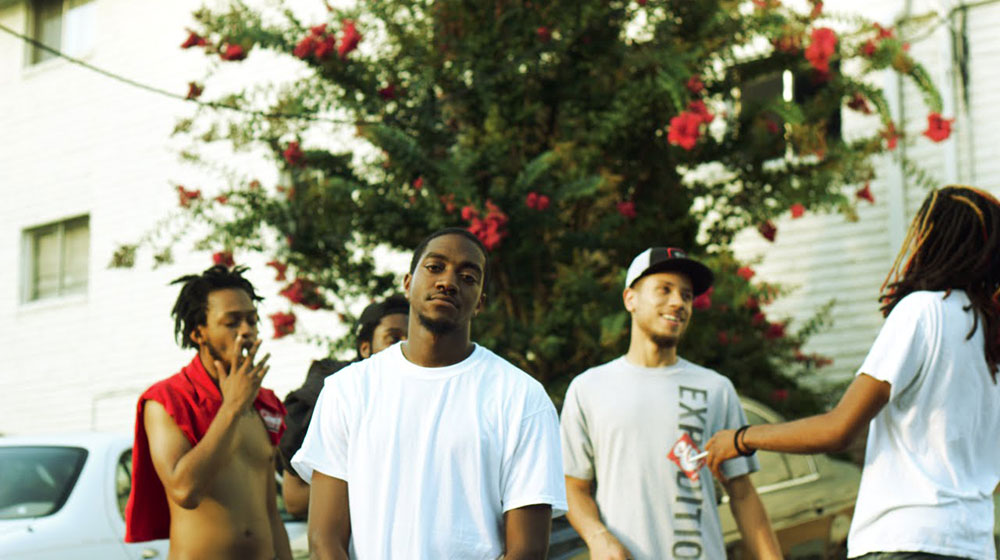 Atlanta got hot off trill rap artists like Ludacris, T.I., and, more recently, 2 Chainz. It’s also a city that has a proud club tradition heralded by DJ Smurf and Lil’ Jon, among many many others. It was also the birthplace of OutKast, inarguably the most important makers of weird rap, and neo-soul standouts Usher, The-Dream, and Lloyd. With all these identities in play, it takes a superb rapper to stand out.

SLIM and his cohort at Awful Records has drawn comparisons to Odd Future. In fact, Stereogum said SLIM himself “might be the Earl Sweatshirt, or maybe the Mike G, of Awful.” But, as he posits on his new mixtape “He’s Drunk!,” Archibald SLIM is not content to lay in any of the molds cast before him. Though SLIM levitates on the typical blend of southern spices, “He’s Drunk!” layers his influences carefully, sparking up an 11-song mixtape that adds to the mural instead of filling in paint chips.

While frequent collaborator and fellow Atlanta local  iLoveMakonnen has earned the affection of the blog circuit for his recently explosive Drake collab, Archibald SLIM and the guys at Awful are right there hovering below the radar ready to pounce. “He’s Drunk!” has spaceships and long-winded sax, it has busy hi-hats and lean-soaked choruses, it has a defined Southern drawl and 2014’s standard appropriation of explotation. In short, “He’s Drunk!” pays dues.

“StayBlackandDie” channels the righteous indignation of fellow Atlanta rhymesmith Miller Mike, “Hold These” is a fizzy track Jermaine Dupri would’ve stamped back in ’04, “Catharsis” is laid with a gutter sensibility that could fuel a Jeezy album. Still, none of these motifs feel retread. With bright knobs being twisted on the instrumental board, Archibald SLIM seethes and adapts. His voice visits deep regions occupied by Scarface and Bun B, which makes his unspectacular lyrical range nonetheless nasty. SLIM’s work behind the mic is unassuming and natural – a trademark of his surroundings – making “He’s Drunk!” slip easy from track to track.

Download “He’s Drunk!” here, and be sure to keep your ears tuned to the New Atlanta sounds coming from SLIM. Makonnen isn’t the only one in the Peach State with Drake-worthy feature slots.