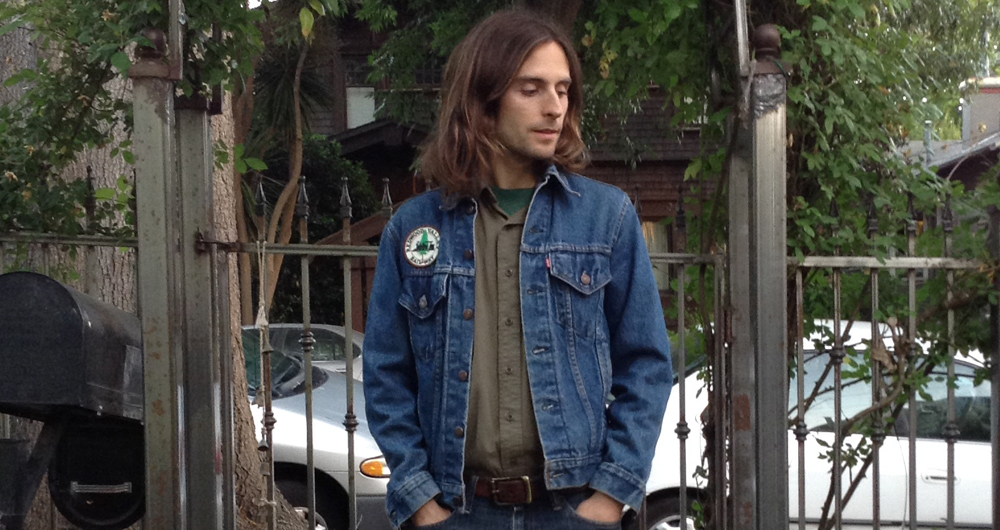 While bands with a “retro” sound have been a dime a dozen in the past few years, Bozmo can certainly be added to the list of those who have done it right (Tame Impala, Dr. Dog, etc.), with Bo Moore providing his unique spin on the bluesy, raw sounds of classic rock staples like The Velvet Underground, The Band, and countless other inspirations, without trying too hard.

At least Bozmo doesn’t seem like it’s trying too hard. The outfit’s new album, “Leather Umbrella,” recasts sounds of the ’60s for fans of modern, textured psychedelic acts and collects eleven tracks that breeze by with an understated swagger. Moore exemplifies this rebellious confidence, commanding each track with his warbling, quietly soulful vocals.

Bozmo, who self-produced a string of adventurous tracks while still residing here in Boston, parted ways for the West Coast – more specifically Berkley, CA – and now has crafted a thrill ride of a second album that digs into the past, finding the timeless tunes and sounds, reshaping them, updating them, and blending them together to make something new.

This second album is a retro-styled psychedelic rock record that Bozmo set to tape in a small, practice space turned recording spot (equipped with a single tape machine). “Leather Umbrella” finds Moore tweaking Bozmo’s familiar lo-fi, weirdo garage sound, made popular on “Hosanna In The Highest,” and embracing his love for pop, the past, and old-fashioned recording techniques, to make a fuller and warmer sound that ultimately climaxes with shaggy swirls.

With the release of Bozmo’s new album, we caught up with band leader Bo Moore.

Q: Tell us a little about the new record; did you go into recording with some type of vision?

A: This record is very organic, and it’s kind of very close to my heart because I recorded completely by myself. I didn’t have many of the songs written before I started recording. I kind of would just go to my practice space that a buddy of mine and I turned into a studio,with a tape machine and stuff and start writing a song on the spot and just record it. I did that a lot of times and then I eventually was like, “Oh I guess this, this, and this can be an album, and that, that, and that don’t really fit.”

I didn’t really have a vision or anything, I just started going and pressing record and playing songs. Eventually I had an album’s worth of tunes.

Q: Do you usually record with such spontaneity and little planning?

A: For the last Bozmo album, I had all the songs written and my friend Jeremy [Mendicino] recorded it. So this time around was different because I recorded it myself and I didn’t always have a song planned out. I would just kind of start with a riff, or sometimes even just a drum beat.

Q: Have you found writing music on the West Coast is different from when you were on the East Coast? Has your new location influenced your sound and musicianship?

A: Yeah, I’ve definitely changed a lot. I think my idea of delivery has changed the most. I don’t think my musical sensibilities have changed or anything, but I feel like when I moved out here it kind of threw me for a loop and I had to find my voice again. I think privately I was trying on some different shoes, or musically. I would go into the studio and try things. I had this notion of, “Oh you’re in a new place, and maybe you should just try something completely different.” I was kind of doing different things, but they didn’t feel right, so eventually I settled back into doing Bozmo stuff, which is loud pop.

Q: How do you think your music has evolved sonically from the last Bozmo album?

A: I think that the first album is a little more serious and this album is more organic and warm, and I think I feel more confident about this new album because I didn’t make any compromises or anything. I just did what was exciting to me on each song. In some ways it’s simpler, and in other ways it’s much weirder.

A: Yeah, it’s funny you say that because my life, when I take a step back and look at it, is really comfortable right now. It’s really nice, and I guess that makes me make music that feels good to me. I think the biggest difference between this new album and the old Bozmo stuff is that when I came out here, I left everyone behind. I didn’t have anyone to bounce ideas off of. Well, I had my best friend out here, but he’s crazy like me, so that doesn’t count. And in a way this was really cool because certain instincts of mine just started to take over because I was so isolated. I had certain musical instincts that came to the top that may not have if I was living around all of my other musical collaborators back in Boston.

I played around Boston for years, so it’s hard to make a change when everyone is around you all the time and expects a certain thing or sound.

Q: It’s like you had a new musical slate to work with once you moved. There were no expectations because no one knew the music you were making prior.

A: Yeah, and it took me a whole year to even produce any of the songs on “Leather Umbrella.” I was definitely kind of confused during that time.

Q: Now Berkley, CA is a pretty colorful and creative place. Can you speak to the creative culture there in comparison to Boston’s close-knit music and arts scene?

A: The thing about everyone in Boston knowing everyone else is kind of what I’m talking about. It was really good to get away from that because all of the sudden I felt like I could do whatever I wanted. Out here in the Bay Area it’s like the edge of the West. All the new ideas kind of happen here and you just walk down the street and you see every kind of person you would ever see. It’s really diverse and wacky. There are lots of crazy people. Berkley especially is a very colorful place, I love New England, but right now, this is really cool experience to be a part of.

Q: When you were in the studio and recording this record, what was influencing you?

A: I’ve always kind of been into the same music; I guess I’ve always really liked pop music. I am really big fan of early to middle Of Montreal, even though I like to be louder than that, not as precious as that. I really like Thee Oh Sees, they are really rad.

Q: Production wise, did you do everything yourself?

A: Yeah, and that’s something that I have realized is really important to me. I want to encourage other people to record their own albums because I think that everyone has something to say and I think everyone has a different way of putting a song together. I think it’s cool when people make their own albums because it’s just a kind of musical diversity.– it’s good for the musical environment and it’s empowering for people to know that they can record an album themselves.

Q:When it comes down to production then, do you find yourself being really nit-picky since it’s your own music you’re reworking and cleaning up?

A: I make a lot of the stuff really really unconsciously. I get into a very manic, hyper mode, and I just start putting it together. Then in a couple hours a song is done and I don’t even know how those parts just happened. Honestly, I kind of don’t know how to play some of the songs on the album because I did them so fast and in this mode. A friend once told me that I’m not a good multitasker, I’ll get really worked about something and then just do it until I kind of burn out on it, so I guess that’s kind of what I did with these songs.

Q: You say you’ll do something until you kind of just burn out on it. Was that the case with the songs on this album? Did you finish a song because you got burned out on it, or did you have a clear idea of the song’s end once you started it?

A: A lot of times I would work on a song for a while and then I would be like, “Ahhh man, I’m tired, this probably needs more work, I’ll come back to it.” And then I would never go back to it. So a lot of these songs are just how they are.

Bozmo’s new album, Leather Umbrella is available on tape or digital download via the band’s bandcamp. Be sure to look for the release of Bozmo’s upcoming music video for the album single, “Wig Strut,” out later this week.

Enter to win tickets to see Trio Da Kali at The Villa Victoria Center of the Arts (Newton, MA) on April 10th. END_OF_DOCUMENT_TOKEN_TO_BE_REPLACED

END_OF_DOCUMENT_TOKEN_TO_BE_REPLACED

Enter to win tickets to Rhye at The Paradise on February 28th. END_OF_DOCUMENT_TOKEN_TO_BE_REPLACED

Her new album has been pushed back, but we have Kimbra’s new single for you. END_OF_DOCUMENT_TOKEN_TO_BE_REPLACED

The folk duo returns with a new record this week. END_OF_DOCUMENT_TOKEN_TO_BE_REPLACED

Now that we’re done looking back at 2017, let’s look ahead at 2018. END_OF_DOCUMENT_TOKEN_TO_BE_REPLACED

Our first Song of the Week for 2018. END_OF_DOCUMENT_TOKEN_TO_BE_REPLACED

In a year when so many things were off, the music was right on. END_OF_DOCUMENT_TOKEN_TO_BE_REPLACED