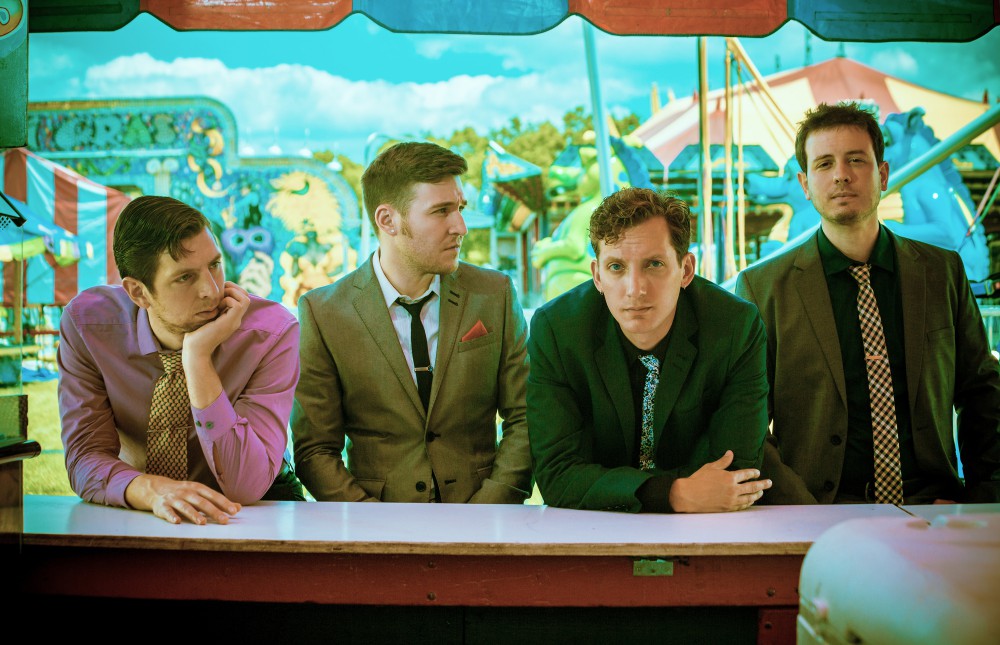 Country quartet Girls Guns and Glory seems out of place at times. In a Boston music scene more into hard rock than southern twang — and with a Nashville culture that seems to glorify goat-roapin’, beer drinkin’ country parody — the band’s authenticity make it appear like an outsider. On its fifth full-length “Good Luck,” the group continues to embrace this persona, but stretches its limbs into different rock forms, as well. The band channels Diamond Rugs with the horn-heavy grit-rock of “Be Your Man,” keeps the country sincerity alive on slower songs like “One of These Days” (which would fit in with the material on Doug Paisley’s latest), and takes sunnier pop-rock paths with the guitar-driven hooks of “UUU.” Frontman Ward Hayden, a Scituate native, even occasionally trades his acoustic guitar for an electric, a notable change-up in the band’s sound. It’s an album that pushes the band’s limits, while still encompassing the attitude of GGG, tethered to the idea that a good old country love song is still possible.

“Good Luck” is out now, and the band will celebrate its release at The Sinclair this Friday, Feb. 7, along with Sarah Borges, who will also be celebrating the release of her new album, “Radio Sweetheart.” If you’re looking for a reason to break out the cowboy boots and polish that bolo tie, here’s your chance. Just to get you in the rock-country mindset, lead man Ward Hayden compiled a mid-week playlist for us featuring his favorite tracks that fit the description of, well, “rock ‘n’ country.” Some are old, some are new, and some are local. All are pretty damn good.