Boston through a writer’s eyes: 10 books set in our city 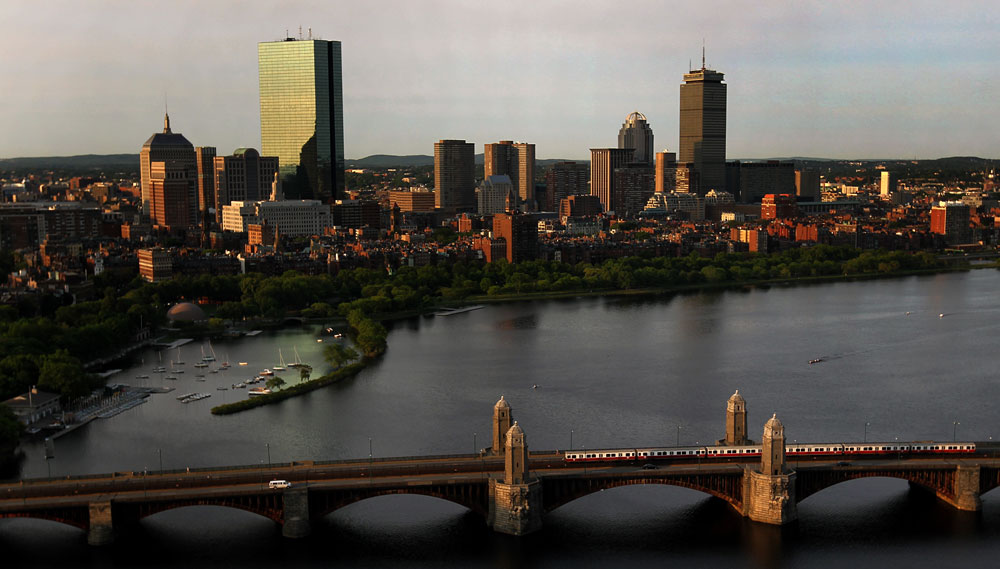 Boston has inspired hundreds of short stories, Hollywood films, and historical novels, but some depictions of the city ring more true to locals than others. Immersing ourselves in a fictional Boston, as imagined by an author, can change the way we look at our city.

The most engaging works of fiction set in Boston depict specific aspects of the community that readers may not be privy to in their own experiences. Rishi Reddi describes unemployment and the trials faced by recent immigrants to Boston, James McBride paints a picture of race issues and political unrest, and Michelle Tea writes about sex workers and the business of being an escort. No matter the subject, we could all stand to learn something about the shared experiences in the city.

It’s often called the greatest novel written about Boston politics, and considering Mayor Marty Walsh’s recent inauguration address, we could all use a refresher on what makes the city tick. Although O’Connor never names his setting as Boston, scholars tend to believe that the novel’s central character is based heavily on former Boston mayor James Michael Curley. What does it mean to lead a city so diversely threaded with culture and power, and what undulates beneath the city’s shining exterior? This novel endeavors to find out.
Contemporary-lit wonder boy Franzen is well-known for his books set in suburbia. Before he wrote tales of sad professors obsessed with their students, though, Franzen had his sights in the metropolitan, complicated city of Boston. In “Strong Motion,” Louis Holland arrives to the city only to experience a series of earthquakes which rock the North Shore, one of which kills his grandmother. When he meets a Harvard-educated seismologist, his personal life becomes complicated, and his ideas about capitalism become compounded with what’s physically happening to the foundation of the city.
This one’s not for the faint of heart. It’s a great graphic (and I mean graphic) novel set in Greater Boston, and Tea uses Laurenn McCubbin’s illustrations to describe the reality of her profession. If you’ve ever wondered how sex workers conduct themselves in Boston, Tea’s insight is astounding. The book’s authors are regulars at San Diego’s Comic Con, and followers of Tea’s work enjoy her candid descriptions and lyricism.
Reddi’s title story was named the 2013 Boston Book Festival official piece, and it was distributed for free throughout the city as part of then-Mayor Thomas Menino’s annual “One City, One Story” collection. “Karma” shows us unemployment lines in Boston, the lives of affluent and struggling recent immigrants, and the ways families in Boston navigate their lives in the city. For an emotional, clean read about the very streets you walk, follow Menino’s advice and check this one out.
It’s debatable that 2013 was the year of the short story, so returning to Scott’s second (and more polished) collection of fiction is a well-timed move. The author, born in Milton and raised in Braintree, paints the portrait of American misfits all over the country, but the episodes set on the Cape are especially interesting. Considering all the trouble his characters get into, this book will make your seasonal depression seem a lot less severe. It’s a weird pick-me-up.
A body is found in the Charles River and a disgraced female TV journalist covers the serial murder case that follows. The author is an investigative reporter for Channel 7 in real-life, making her uniquely qualified for such a subject. As with most thrillers based in Boston, much of the intrigue centers around dirty politics and power struggles, but Ryan’s prose feels fresh. If you’re into suspense novels, check out the second installment, “The Wrong Girl,” which was released to critical acclaim in 2013.
So he technically grew up in Marblehead, but he was featured in Funny or Die’s “MA Men” alongside other Massachusetts-bred comedians like Nate Corddry and Michaela Watkins. His memoir was featured in pieces on his Tumblr, which pales in popularity when compared to his Twitter account. Delaney describes incidents in his life which occurred all over the country, but the bits about growing up in Marblehead are gold. Let’s claim him.
In this second volume of collected issues, spanning issues 7-12, we watch Carol Danvers, born and bred in Boston, explore her bodily changes after being turned into a superhero. She interacts with her loved ones differently and her doctor insists that her neurology has been altered drastically. What’s a girl to do, if she’s the only one able to defend Boston while the Avengers are away, but her doctor has ordered her not to fly? To catch up on Marvel’s reimagining of Captain Marvel, and to meet her rowdy bunch of compatriots in the Banshee Squad, check out “Vol 1: In Pursuit of Flight,” as well.
McBride tackled his personal experience with racism in his gorgeous memoir, “The Color of Water: A Black Man’s Tribute to His White Mother,” and his new novel demonstrates the same fervent interest in social justice and empathy. The story illuminates the human struggle many experienced during the abolition in the south, and the crux of the novel is set in Boston.
Though it’s primarily set in Phoenix and New York City, this moody novel follows a young man named Charlie as he swirls from confidante to confidante, chasing girls and trying to find a direction. Fans of the media’s recent attempts to characterize and pathologize the millennial generation will find this work familiar. Many have speculated and discussed that “Vernon Downs” may be based on the life of Bret Easton Ellis, author of “American Psycho.” Jamie Clarke, Downs’ author, is a founding editor of literary magazine Post Road, published out of Boston College and he co-owns Newtownville Books.