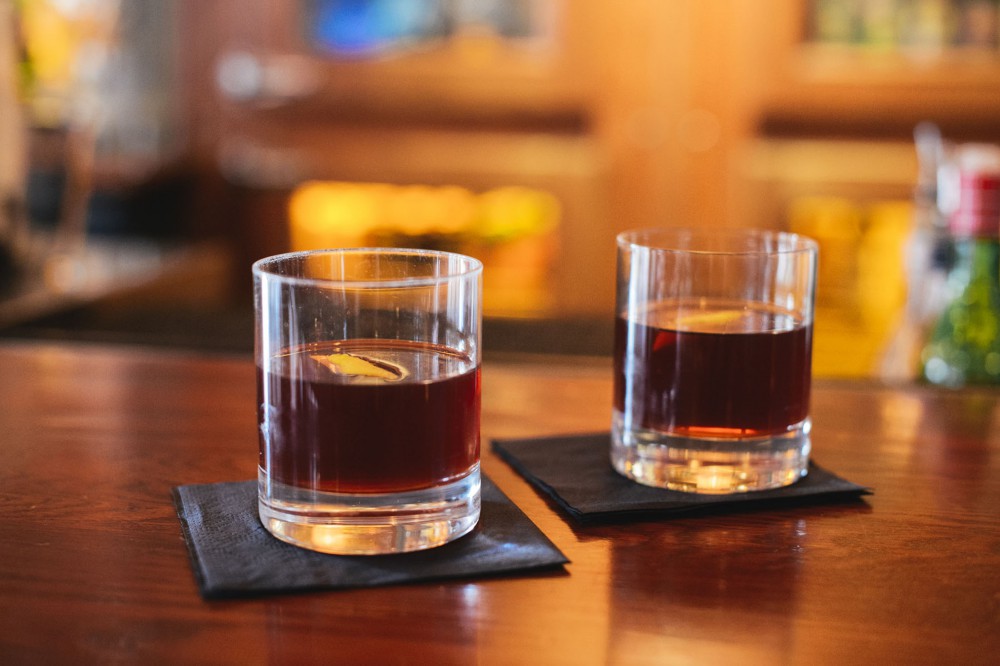 It’s soon to be Super Bowl Sunday and that means it’s time to break out the chips, pizza and of course the booze. There’s nothing wrong with sticking to a classic six-pack, but if you’re looking to mix it up, we’ve got some custom drinks courtesy of two Boston bartenders.

If you’re hosting a sea of people at your place to cheer on the New England Patriots (obviously), local bartenders Ashish Mitra from Russell House Tavern and Temple Bar’s Jenn Harvey shared some Patriots-themed cocktails to help further spice up your party.

According to Mitra, The Red Zone (photo above) is a spicy drink whose natural red color belies the heat it’s packing. A classic wintertime warmer, Mitra says every ingredient of The Red Zone is “synonymous with the Super Bowl.”

Another gameday libation is the Brady Punch, a great option if you’re hosting a large number of people.

The Brady Punch can also be served in a punch bowl half filled with ice. Mitra suggests freezing ice cubes with pomegranate seeds in them for added flavor. If you don’t like pomegranate, pineapple cubes could be used instead.

“A lot of people are getting together and having a party,” Mitra says. “If you can make a punch that people can go back to throughout the course of the game, it’s easier than having people make multiple cocktails.”

If you want to go for something easy to make, try Harvey’s Bandwagon — a cocktail perfect for an event filled with excitement and and guests screaming at the television.

If you aren’t a fan of cocktails, Mitra says there is a whole variety of beer available for people to choose from, adding that there are a lot local and very talented brewers that brew up different styles. He also recommends cider as many brewers feature local ingredients.

“For people who don’t like cocktails, the sky is the limit,” he says. “I think if I were to recommend anything outside of a cocktail or a punch or something like that, try some great, local cider.” 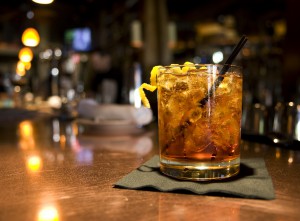 Cheers to all you booze connoisseurs out there, and go Patriots!

Enter to win a pair of tickets to attend The Hess Collection Seminar and Dinner as part of Boston Wine Festival 2018 at the Boston Harbor Hotel on Wednesday, March 14th. END_OF_DOCUMENT_TOKEN_TO_BE_REPLACED

The Black and Gold continue their run tonight at TD Garden. END_OF_DOCUMENT_TOKEN_TO_BE_REPLACED

This year, the festival is welcoming more female wine producers than ever before, making up 20% of all winemakers that will be at the festival. END_OF_DOCUMENT_TOKEN_TO_BE_REPLACED

Who will make the Class of 2018? END_OF_DOCUMENT_TOKEN_TO_BE_REPLACED

It’s been awhile since we talked Black and Gold. END_OF_DOCUMENT_TOKEN_TO_BE_REPLACED

You’re going to wish you were in the Northern Alps. END_OF_DOCUMENT_TOKEN_TO_BE_REPLACED