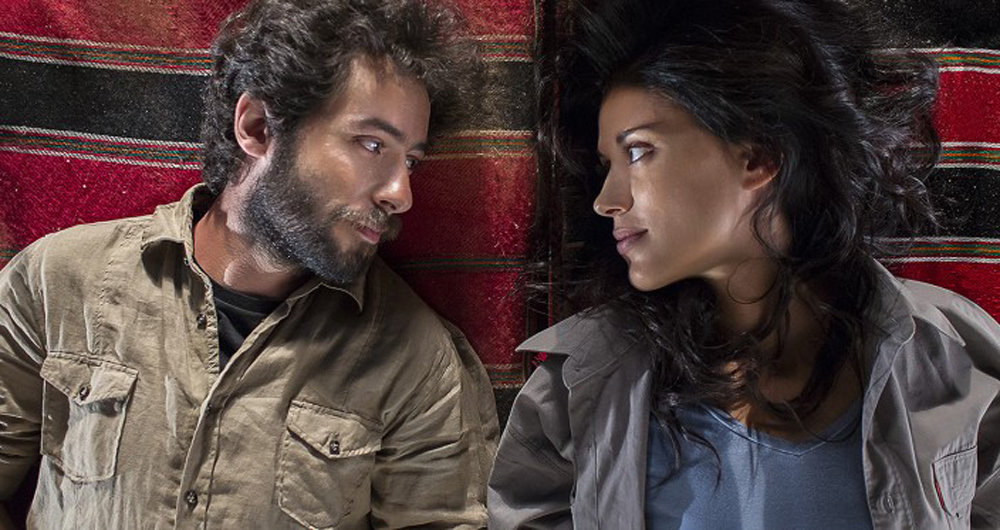 “In general, we’ve become a bit of a mainstay,” said Katherine Hanna, co-founder the Boston Palestine Film Festival, which opens today, with its first screenings taking place at the Museum of Fine Arts. “We try to show a lot of films – this year we have ‘May in the Summer,’ a family story about life in general. We don’t feel that the conflict is the only story to tell.”

The 8th annual festival spans 10 days and takes places in various venues across town like the MFA and the Harvard Business School.

A cultural organization run entirely by volunteers, the BPFF was stunned when on July 8, 2014, Israel began “Operation Protective Edge.”

“We were all glued to our screens,” said Hanna. “I mean, they were indiscriminately bombing Gaza.”

2,104 Palestinians in the Gaza Strip, 72 Israelis and one Thai national – that was the total death toll count at the end of Operation Protective Edge, according to the BBC. But for the BPFF, by the time the bombings started, the program for the festival was already underway.

“This summer was very difficult for the organizers of the festival,” said Hanna. “But we knew [that] there [was] no more important thing we could have done than work on the festival. We needed to honor what happened in Gaza this summer.”

So Hanna and her team set out to find new films – a difficult task, considering there was nothing coming out of the Gaza Strip. That’s when she came across a short film named “Shuja’iyah: Land of the Brave.”

Created by Palestinian-American filmmaker, writer and Ph.D. in Anthropology at Columbia University, Hadeel Assali, “Shuja’iyah” uses audio recorded via the Zello Walkie-Talkie App (used by Palestinians in the strip for communication during Operation Protective Edge) juxtaposed with Assali’s personal family footage, shot in the summer of 2013.

“I don’t like to constantly show the people of Gaza or people who look like me or people, in general, in these states of inhumanity,” said Assali. “There’s a beautiful world there, there’s beautiful people, there’s life, there’s love – there’s other things there that, these people just don’t deserve to have this happen to them.”

Assali’s images – beach trips, children playing and family dinners – contrast with the grim audio of the film, which, at one point, has the speaker describing “the blood – without exaggeration – is like water in the streets” and expressing frustration at the Red Cross.

“I’ve always had kind of a suspicion, maybe like a mistrust, towards these so-called humanitarian organizations and what many people are calling the non-profit industrial complex,” said Assali. “I want people to walk away with a critical eye towards these organizations and, just imagine, that this is your family.”

Filmed during the course of one morning in 2012, “Sayadeen” tells the story of the fishermen of Gaza. At the time of filming, fishermen were only allowed to go three miles out into the Mediterranean, due to a naval blockade.

“The implications of [the blockade] were that there wasn’t enough space for them to fish, there’s not enough fish, there’s way too many fishermen,” said Gökmen. “They’re fishermen and their livelihood is on the sea. It’s things that, I think, are easily recognizable by everyone.”

When news hit in July 2014 that four Palestinian boys had been killed on a beach by an airstrike, Gökmen noticed their family name: Bakr. The boys belonged to the same family as most of the fishermen he filmed.

“I decided to re-release it, recognizing that fact, because I thought it’s important to give some context to the names that people see in the news,” said Gökmen.

When asked what, if anything, he would say to audiences at the end of the screening, Gökmen said, “put pressure on whoever you can. Because It’s such a simple situation. There is a growing campaign to ease off the naval blockade, so, in anyway they can, just to put pressure on people to do that.”

The longest film to be screened at “Incendiary Summer in Gaza” is Abdallah Omeish’s “The War Around Us.”  The award-winning documentary that tells the story of what was happening on the ground during Operation Cast Lead in 2008 – 2009, through the eyes of the only two international journalists (Ayman Mohyeldin and Sherine Tadros) that were there.

“It’s a very intimate portrait of people,” said Omeish. “It’s images and stories that you don’t necessarily see in mainstream media. So we wanted to tell the story of the real people in Gaza. The over 1.5 million people living in Gaza are not all Hamas supporters.”

The film includes a lot of raw footage, given to Omeish by Mohyeldin, meant to provide a window into war.

“The film is not just about Gaza, it’s about war,” said Omeish. “I wanted to give people a feeling of what that’s like, the horror of war, and show the human side – the people that really pay the price for the war. And it’s mostly and always innocent people, starting with the children.”

With thousands dead and even more wounded, Operation Protective Edge deeply impacted the Palestinian community, at home and around the world.

“It feels like those lives were thought of as less human and it’s important that we maintain the humanity,” said Hanna. “We feel very honored to do this job.”

Incendiary Summer in Gaza is happening on Sunday, Oct. 19, at the MFA. A full list of BPFF events can be found here.

END_OF_DOCUMENT_TOKEN_TO_BE_REPLACED

Enter to win a pair of tickets to attend The Hess Collection Seminar and Dinner as part of Boston Wine Festival 2018 at the Boston Harbor Hotel on Wednesday, March 14th. END_OF_DOCUMENT_TOKEN_TO_BE_REPLACED

I referred to it as the “best kept secret” in Boston arts for the holidays. END_OF_DOCUMENT_TOKEN_TO_BE_REPLACED

Boston’s arts scene shines at this time of year. END_OF_DOCUMENT_TOKEN_TO_BE_REPLACED

It’s so much more than a holiday show. END_OF_DOCUMENT_TOKEN_TO_BE_REPLACED

Rock for a cause this holiday season. END_OF_DOCUMENT_TOKEN_TO_BE_REPLACED

Get out and see a show this holiday season, and save some money when you do. END_OF_DOCUMENT_TOKEN_TO_BE_REPLACED

You can help give the gift of music to kids in need this holiday season. END_OF_DOCUMENT_TOKEN_TO_BE_REPLACED

Be honest: when’s the last time you attended a Gala? END_OF_DOCUMENT_TOKEN_TO_BE_REPLACED