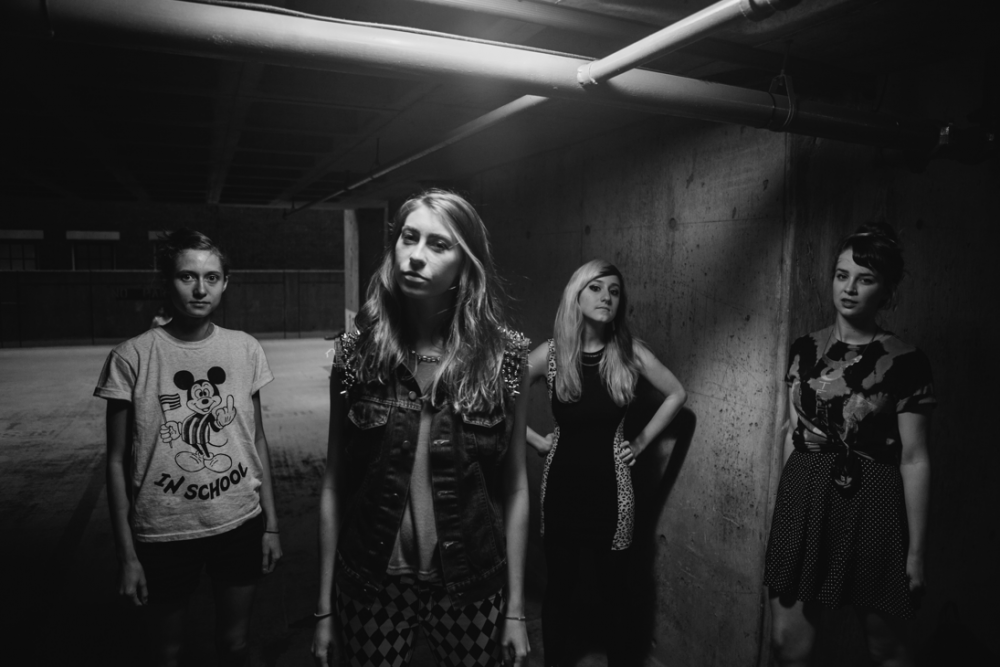 It’s cool if you weren’t able to score tickets to fast sellers like Phantogram and King Krule. Not only are there a bunch of good local shows this weekend, but there’s an award ceremony dedicated to Boston music that features some local performances, as well.

ARTZ Fest brings some of the best local bands, including Bent Shapes and CreaturoS to Middle East Downstairs to benefit Artists for Alzheimer’s (with Boogie Boy Metal Mouth, Ariel + The Undertow, and Kangaroo Court; 7 p.m., $10, 18+). Psych-pop studs MGMT returns to Boston to play an awe-inspiring visual show at The Orpheum in support of its latest self-titled full-length (8 p.m., $31-104, all ages). If you can’t catch Lucius Live In The Lab today, or if you do and can’t get enough of that band (like many of us), it will play tonight at The Sinclair with cheery local folk duo You Won’t (9 p.m., $15, 18+).

Twangy basement-country trio Banditas head a rather tasty local bill at Radio that also includes Boytoy and a brand new local supertrio called White Light (8:30 p.m., 21+). Local jammy soulman Ryan Montbleau plays his first of two nights at The Paradise, a tradition of his around this time of year (with Dub Apocalypse; 9 p.m., $20, 18+). North Shore bluegrasser The Four Legged Faithful celebrate the release of a new album, “Devoured in the Dark,” at Lizard Lounge (9 p.m., $5, 21+).

Lowell bluegrass pickers Hot Day at the Zoo plays an intimate show in the cozy quarters of Atwood’s (9:30, $10, 21+). Leah V spins tunes along with Diver at PA’s Lounge for a monthly dance night called Drama. (9 p.m., $5, 21+). Local funky hip hop troupe The Wondermics bring the show to Church to front a highly groovable local bill (with The Urban Nerdz and Gold Blood & the Associates; 8 p.m., $12, 21+). Slowdim heads up an awesome show at O’Brien’s that also includes Connecticut psych-punk trio The Suicide Dolls (8 p.m., $8, 21+).

The annual Boston Music Awards celebrates the city’s vibrant music scene at the Liberty Hotel, but it also includes some pretty killer performances this year including Northampton punks Potty Mouth, energetic guitar pop of Pretty & Nice, the rhymes of Moe Pope & Quills, and more (with You Won’t, Big D & the Kids Table, My Dick, and more; 7 p.m., $25, 18+). If dressing up and looking good isn’t your thing, then look half-decent and check out Atlanta’s Norma Jean at TT’s (with Vanna, Kenmode, The Greenery, I Am Become Death; 8:30 p.m., $16, 18+).

Enter to win tickets to see Trio Da Kali at The Villa Victoria Center of the Arts (Newton, MA) on April 10th. END_OF_DOCUMENT_TOKEN_TO_BE_REPLACED

END_OF_DOCUMENT_TOKEN_TO_BE_REPLACED

Enter to win tickets to Rhye at The Paradise on February 28th. END_OF_DOCUMENT_TOKEN_TO_BE_REPLACED

END_OF_DOCUMENT_TOKEN_TO_BE_REPLACED

Enter to win a pair of tickets to attend The Hess Collection Seminar and Dinner as part of Boston Wine Festival 2018 at the Boston Harbor Hotel on Wednesday, March 14th. END_OF_DOCUMENT_TOKEN_TO_BE_REPLACED

Her new album has been pushed back, but we have Kimbra’s new single for you. END_OF_DOCUMENT_TOKEN_TO_BE_REPLACED

The folk duo returns with a new record this week. END_OF_DOCUMENT_TOKEN_TO_BE_REPLACED

Now that we’re done looking back at 2017, let’s look ahead at 2018. END_OF_DOCUMENT_TOKEN_TO_BE_REPLACED