Boston is rich with comedy talent. Will 2014 bring crowds? 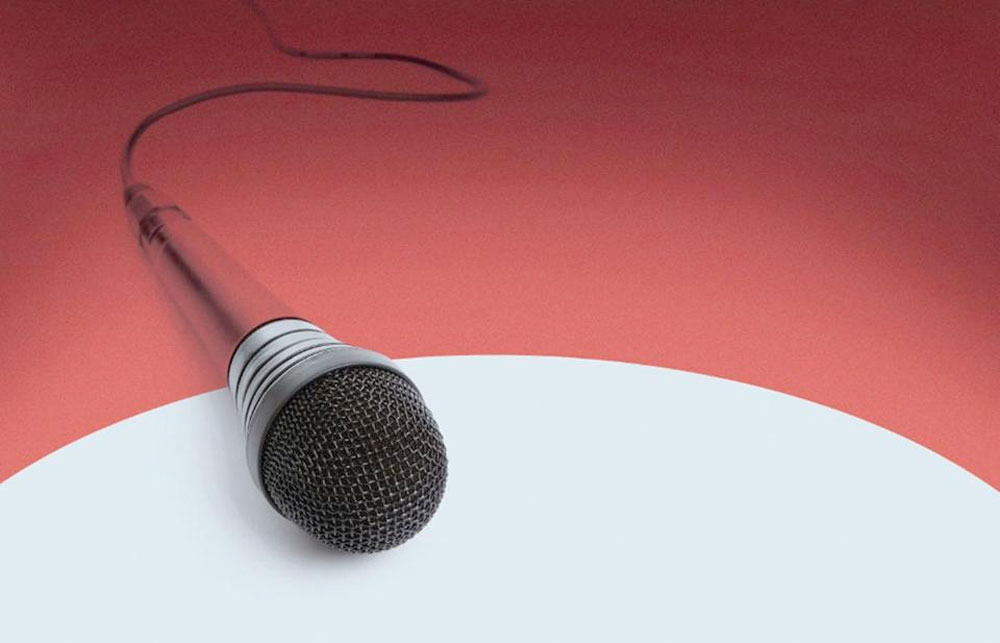 Despite being home to comedy theaters which cater to hundreds each week, Boston is still considered an “incubator city” for burgeoning comedians who want to make it big. That is, comedians consider the city perfect for breaking into the scene, learning the basics, and networking with other comedians, but most believe that career-oriented performers only find success in New York, Chicago, or Los Angeles.

The Boston Globe covered comedy several times recently, and many of the investigations focused on Laugh Boston, a 300-seat theater in the Seaport District which caters almost exclusively to comedians from outside the city. Leon Neyfakh writes that the traditional tastes of Laugh Boston’s booking agent John Tobin are “not an encouraging sign for the city’s young experimentalists.” Just how important are young experimentalist comedians to the scene? One might look to history: Upright Citizens Brigade, the comedy mecca in New York City, began as a grassroots side-project in Chicago, putting on shows with names like “Big Dirty Hands” and “Punch Your Friend in the Face.”

Does a city need weird, alt-comedy projects in order to find its voice on the national stage? Neyfakh adds, “Funny may be funny, but […] comedy has changed since the ’80s, and even the kids who admire the old guard don’t think of themselves as doing the same kind of comedy.” Where are Boston’s hip, young oddballs, if they’re not filling seats at Laugh Boston?

“I’ve seen the scene change here. There are young kids trying to make it here. It’s a boutique comedy city,” says Rachel Klein, a veteran at ImprovBoston in Cambridge and producer at Fine Line Comedy in Jamaica Plain. Klein, having studied at Second City in Chicago, says Boston has unique merits as a “mid-level” city. “You get veteran comedians experimenting and putting on curated, high-quality shows, usually on the same stages that young performers are tweaking their acts and challenging themselves.” Klein thinks the steps toward becoming a comedy hub are already underway. “Our best comedians are some of the best in the world, and many of us have made the choice to stay. That’s our best kept secret.”

But how do we let Boston in on its own secret? Building a cohesive scene will mean hiring headliner acts from New York and L.A. while building from the ground up through non-profit projects and alternative venues. Klein believes that a potent comedy scene in the city should hinge on improv. “I love good sketch,” Klein says, “but it’s the hardest medium to sustain over time. Improv is a 21st century art form, training everybody to stay present and trust each other. We trust their audiences to be ‘game,’ and only a smaller venue can support that.”

Klein’s improv conglomerate Fine Line incorporates sketch and stand-up into its shows, but most of their performances at Bella Luna (Wednesday nights at 9:30) focus on improv. “This isn’t an open mic,” Klein says. When asked if Fine Line was intended as competition for other theaters, Klein smiles. “I really admire what’s being done at ImprovBoston now, moving from long-form to all-form, using the tools we all have in our toolboxes. But I’d rather someone decide to see a Fine Line show over an art installation, like, ‘Well, honey, do you want to see that thing where they have doll heads in the walls, or this comedy performance at Bella Luna?’”

But are regular patrons of the ICA interested in comedy? Klein wants to get their attention. “Improv can be an olive branch to other groups, especially considering the bizarro rift between comedic genres. Integrating other art forms, the cross-pollination of styles and ideas … well, that’s just good business,” she says. Luckily, cross-pollination seems to be the prime directive of theaters like ImprovBoston and Improv Asylum, both of which continually combine genres into catch-all, variety-show acts.

The ImprovBoston community is made up mostly of “misfits,” as comedian Al Park puts it. Stand-up comedians like Park have “The People’s Show” or “The Nightcap” for stage-time at ImprovBoston, in addition to three levels of stand-up classes and the occasional Master workshop taught by a visiting performer. “I’ve seen a lot of clubs close, rooms come and go. Tommy’s, Cheers, Motley’s, Dick Doherty’s. We could use another foothold to open up, but for now Boston is a great town to develop your act,” Park says. “We have a concentration of talent with no industry pressure.”

Park got his start at ImprovBoston only three years ago, which is astounding considering what he’s accomplished. In 2012, he made it to the semi-finals at the Boston Comedy Festival, and in 2013, he was named Comic in Residence at The Comedy Studio in Harvard Square. Even with his impressive traction, Park remains a Boston comedian. “We’ll strike a balance. National acts will come to Boston and newer comedians will learn from them. That’s the closest to an education in comedy, other than getting stage-time,” he says. “Young comics need to watch big acts live, over and over, in addition to getting up at open mics, and Boston has all that.” Though he appreciates headliner acts, Park says the best set he saw this year was Shaun Donovan’s riff on #BostonStrong at the Boston Comedy Fest. “The guy is funny and difficult, and I think he’s overlooked by clubs because he’s not a succinct joke writer.” Donovan’s set, which gained 4,000 views in the first few weeks of being online “takes on local sacred cows,” as Park puts it. He believes that kind of bravery only comes from young comedians with unique voices.

As for community, “a lot of us comics don’t like to join things,” Park says. “It’s an individual sport and most stand-ups work their day jobs and do this stuff at night. You get a lot of different socioeconomic groups that way, and comics of different ages.” When asked to describe his ideal scene, Park emphasized the merit of small stages. “A community theater can only offer the opportunity to different people. Stage-time, watching big acts, and maybe a class. That’s comedy education.” A frequent performer at both the Comedy Studio and Grandma’s Basement behind Fenway Park, Park toes the line between what he calls “industry sets” and performing at “dives.” “Grandma’s is the epitome of the tiny stage, just a little smelly and in the middle of the city. But man, when that room is packed … man, there’s nothing like that.” (Editor’s note: Grandma’s Basement has closed since the interview, hosting its final performance on Dec. 12)

Though dark black box-style theaters appeal to stand-up comedians, they may not appeal to all audiences. That, Jason Burke believes, is where BostonComedySportz comes in handy. ComedySportz and the World Comedy League bills itself as “clean, positive, and fun” programming. Though directors like Burke may not accept “blue” performances, they do hand over their iconic jerseys to performers from Improv Asylum and ImprovBoston looking for extra stage-time and training. The group performs at The Somerville Theatre in Davis Square.

“I love long form and Harolds, but for years, you know, I missed the games,” says Burke, who was a primary instructor at ComedySportz in the Bay area for six years, developing a curriculum based on short form and high-energy sets. “Think Whose Line Is it Anyway?” he says. “I think audiences sense commitment and we deliver performances in compressed time, with concentrated emotion. We find the game quickly and play it.” The work at BostonComedySportz resembles highly-produced shows at Improv Asylum, through packaged play and a curriculum currently taught through the Boston Center for Adult Education. Burke says many new cast members are garnered from those classes.

“People in Boston are in the comedy scene for different reasons. If you’re here, you can cut your teeth and try your voice out. But if you’re going for the guest spot, you might have to move.” Burke, a family man, performed and taught long before moving to the city, but he believes he’s found a place in the mid-level scene. “Teaching is where my joy is, and Boston’s already great for those who want the comedic experience, considering their families or day jobs. If Boston is an incubator city, then I love it. We have fresh talent for our casts, a ton of new ideas, and we’re off to a running start.”

As for alternative comedy, Burke believes BostonComedySportz is a gateway drug. “I admire and appreciate ImprovBoston’s niche as a center for comedy experimentation. BostonComedySportz can help bring them new audiences. We add a diversity in tone, making the audience look like heroes. I’m talking about laughter with applause breaks, something heartwarming and plugged into the human experience.” Burke echoes the cooperative sentiments of performers like Rachel Klein when he adds, “I’m a huge believer in community, and I want to work with other groups.”

Stand-up comedians, alt-comedy aficionados and improv enthusiasts all feel bolstered by the same idea: that Boston audiences are more rambunctious, more “game” and more willing to extend their tastes to try something new. As a city without an established comedy juggernaut like UCB, Second City, or The Groundlings, Boston is primed to accept whatever alternative acts come its way, and that could usher in a new era of comedy in 2014.

Enter to win a pair of tickets to attend The Hess Collection Seminar and Dinner as part of Boston Wine Festival 2018 at the Boston Harbor Hotel on Wednesday, March 14th. END_OF_DOCUMENT_TOKEN_TO_BE_REPLACED

Comedian Myq Kaplan is a comedian named Myq Kaplan. He joined me in studio this afternoon, and he’s at Laugh Boston this weekend. Click here for tickets. END_OF_DOCUMENT_TOKEN_TO_BE_REPLACED

My goodness, I love Sue Costello. It was great having her back in studio today to talk about her one-woman show, #IAmSueCostello, playing tonight at the Revere Hotel. Click here for tickets. END_OF_DOCUMENT_TOKEN_TO_BE_REPLACED

Trump Takes On…Boston! is running now through election night at Laugh Boston. David Carl was back in studio this afternoon to talk about bringing Donald Trump to the stage, the cathartic element (for both him and the audience) and how audiences have been reacting so far. END_OF_DOCUMENT_TOKEN_TO_BE_REPLACED

Trump Takes On…Boston! has arrived at Laugh Boston. I had comedian David Carl, who is portraying Trump, in studio this morning to talk about the show. END_OF_DOCUMENT_TOKEN_TO_BE_REPLACED

Lachlan Patterson made me laugh this morning. Let him make you laugh this weekend at Laugh Boston. Click here for tickets, and click “more” to hear our conversation. END_OF_DOCUMENT_TOKEN_TO_BE_REPLACED

It was great to have Alonzo Bodden back in the RadioBDC studio this morning. Don’t miss him at Laugh Boston this weekend! Click here for tickets and info, then click through to hear my interview. END_OF_DOCUMENT_TOKEN_TO_BE_REPLACED

You know him from Bar Rescue, so see him at Laugh Boston this weekend. Comedian Owen Benjamin was in studio this morning with his dog Ben. Catch him Friday night at 7:30 or Saturday night at 7:30 and 10. Click here for tickets, then click through for our chat. END_OF_DOCUMENT_TOKEN_TO_BE_REPLACED