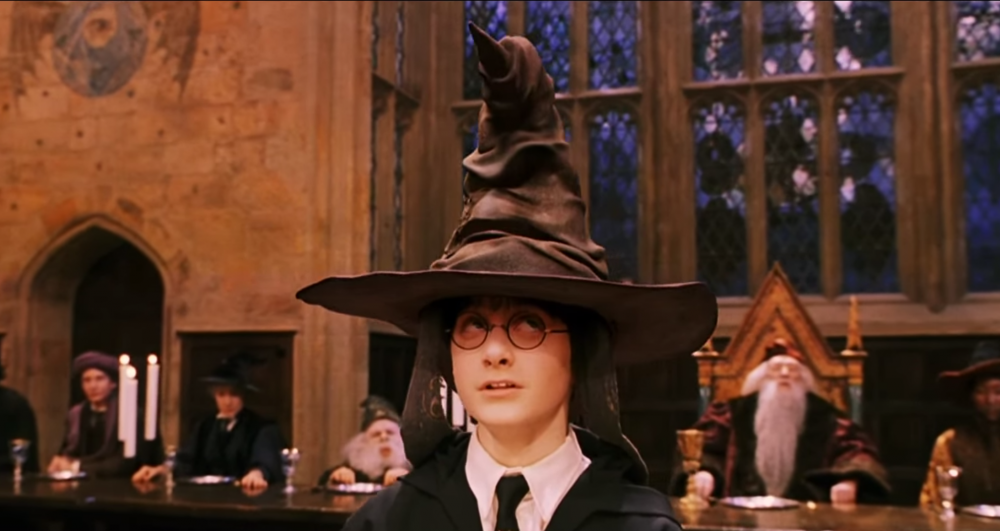 All Harry Potter fans wait for the Hogwarts acceptance letter that they will never receive and dream of the house they want to join. You can hope to be part of Gryffindor all you want, but the choice belongs to the Sorting Hat. Now, instead of traveling the long journey to magic school, Muggles everywhere can consult a Twitter bot that will decide for you.

Boston-based Internet artist Darius Kazemi is the wizard behind creating a modern day Sorting Hat. Kazemi works at the technology company Bocoup and dedicates the rest of his time to creating fun digital programs, like generating pick-up lines that will probably work on no-one. His other recent online projects include a bot that tweets random old school hip-hop flyers and a browser version of the popular video game Wolfenstein 3D.

The Boston Globe profiled the Kazemi, a 30-year-old who lives in Somerville and works as a computer programmer by day. Creating online art in his spare time, the Globe says that he “has emerged as one of the most closely watched and pioneering figures at the intersection of technology, cultural commentary, and what feels to many like a new kind of Web-native art.

Will you be able to land a spot in the honorable Gryffindor?

@bryanduxbury Your nominee is like a rig, your hope is like a fore This fateful day’s the day you join the house of Gryffindor!

@glitterframes Your thigh is rapt, your waist distraught, yet you are not forlorn From this unfailing recipe, a Gryffindor is born! — The Sorting Hat Bot (@SortingBot) April 6, 2015

Don’t be afraid to be in Slytherin.

@the_garden_of Your breast is rough, your ear direct, yet you are not afraid From this unwilling recipe, a Slytherin is made!

@Aiantheen I am the Hogwarts Sorting Hat, I see you when you cut I’ve figured out that Slytherin’s the house to put your butt — The Sorting Hat Bot (@SortingBot) April 6, 2015

What is a Hufflepuff anyway?

@nadineblong The stinging of a parakeet, the anger of a bat In Hufflepuff is where you go since you are rather flat

@zaidos Your candlelight is like a bulb, your rink is like a muff From this day forth a member of the house of Hufflepuff! — The Sorting Hat Bot (@SortingBot) April 6, 2015

Apparently, it’s up to your grandma to see if you deserve a Ravenclaw title.

@risaseidman The Sorting Hat is who I am, gaze upon my stamp For Ravenclaw you cast your lot because your gram is tramp

The Sorting Hat may not be pretty, but don’t judge what you see. You won’t find a smarter hat and that is something we can all agree.

Enter to win a pair of tickets to attend The Hess Collection Seminar and Dinner as part of Boston Wine Festival 2018 at the Boston Harbor Hotel on Wednesday, March 14th. END_OF_DOCUMENT_TOKEN_TO_BE_REPLACED

HUBweek came to Boston, and we were there to take it all in. END_OF_DOCUMENT_TOKEN_TO_BE_REPLACED

My first Field Trip (of hopefully many) was over half-a-decade in the making. END_OF_DOCUMENT_TOKEN_TO_BE_REPLACED

Melanie Gillespie is an author and the founder of Mel O’Drama School of Acting in Milton. She was in studio this morning to talk about her latest book Darlene and the Drama Queen and how acting can help kids to develop confidence. END_OF_DOCUMENT_TOKEN_TO_BE_REPLACED

Boston Author Lauren K. Stein says her new book ‘Fresh Made Simple‘ was inspired by cooking in the kitchen with her daughter Abigail. The book isn’t just for kids, though. Listen as she describes the book and as we sample some of the recipes. END_OF_DOCUMENT_TOKEN_TO_BE_REPLACED

When he’s not running BostonTweet (or running the Boston Marathon), Tom O’Keefe is running around promoting Flutter. He was in studio with SumuApp co-founder Daniel Tewfik earlier today to talk about how you can win free rent for a year in Boston. END_OF_DOCUMENT_TOKEN_TO_BE_REPLACED

Boston band Funeral Advantage is Tyler Kershaw. And Tyler Kershaw had a fun childhood, so it seems. END_OF_DOCUMENT_TOKEN_TO_BE_REPLACED