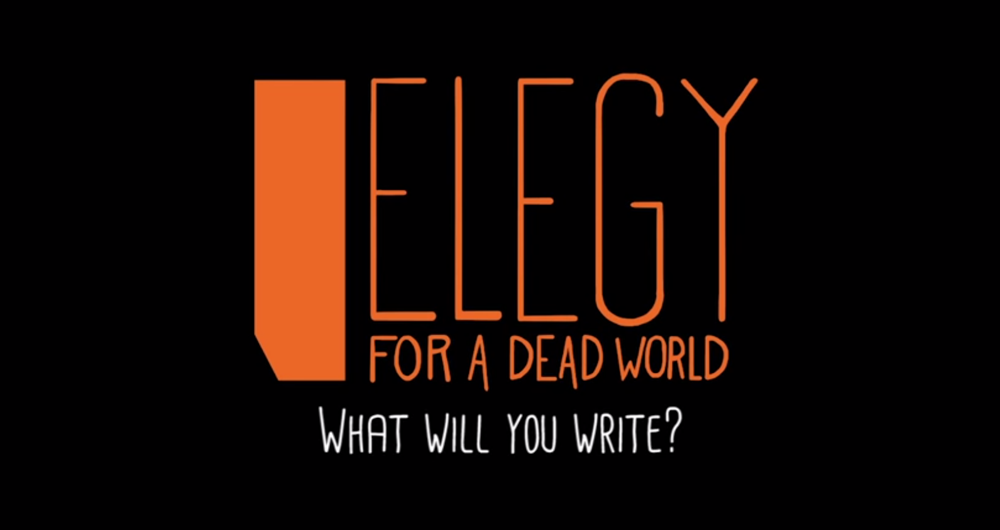 On Nov. 25, local video game developer, Dejobaan Games, announced that all accredited academic institutions will receive 25 free downloads of their game, Elegy for a Dead World.

Elegy, a fantastical-and-ethereally drawn game, sends the player into three possible worlds. The worlds are based on the works of British Romantic-era poets PB Shelley, Lord Byron and John Keats.

Playing as the sole survivor of your team, you must write what you observe as you traverse the landscape. At the end, your story is compiled and you can read it in its complete version. The game also allows for work to be shared, allowing gamers to read other people’s journeys.

Initially set out to be a fun project between Ichiro Lambe of Dejobaan and Ziba Scott of Popcannibal, Elegy morphed into larger project when educators realized that it was helping students with reading and writing. 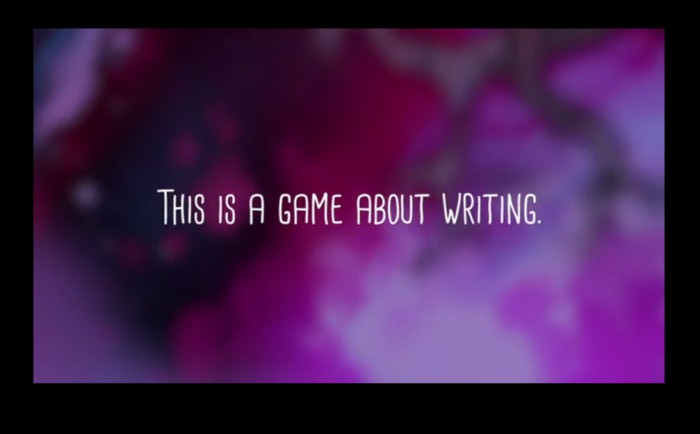 “We didn’t try to make an educational game,” said Scott. “We tried to make a game that we really like and that people would really like. I have a degree in educational games, but I never intended to make this an educational game. I’m actually not really happy with any of the games that I made as intentionally educational games. I think that that’s such a huge design burden to put on something. We wanted to create a positive experience doing something, and [with] writing, it’s so unusual for that to be the object of fun for a lot of people, which is why it surprises people.

The educational angle combined with stunning landscapes and captivating gameplay worked for Elegy. A kickstarter ran by Dejobaan raised $72,000 in October, well above the $48,000 goal.

Prior to the successful kickstarter, Elegy had already received a number of industry accolades such as an honor mention at the 2014 Independent Games Festival, a Game Developer Conference Experimental Gameplay Workshop selection and two IndieCade International Festival of Indie Games selections. 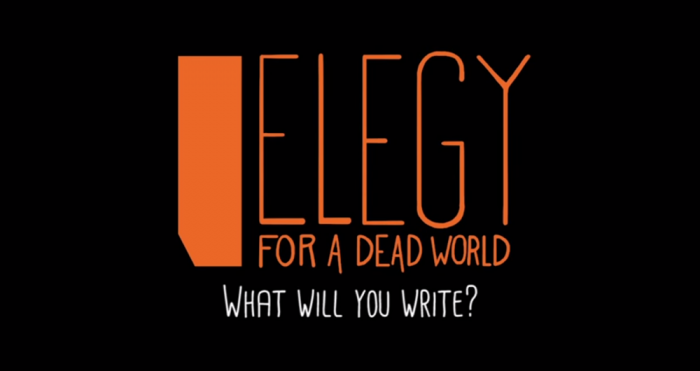 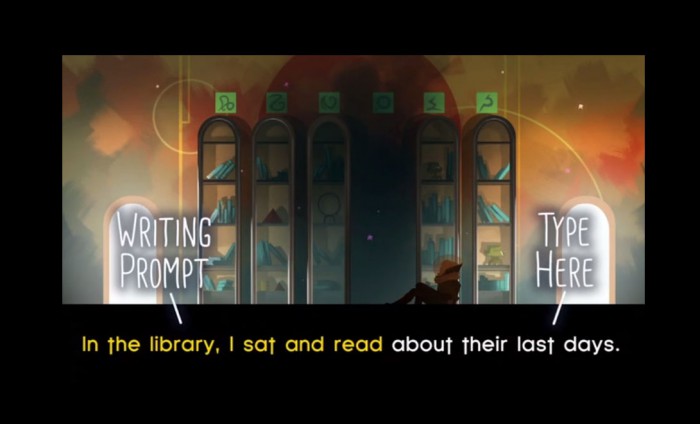 Additionally the team had presented in various gaming conferences such as Pax East and the famed E3.

“We got to E3, in part, because we were selected for IndieCade, which I guess has been described as the Sundance of video games, and it’s interesting to see what those judges want and each one wants a different thing,” said Lambe. “IndieCade, I think, is geared towards to the more artistic game. So, I mean, I think Elegy fits that to a T right there.”

And with Elegy’s lush backgrounds and huge worlds, it’s pretty clear to see why critics called it “breathtaking.”

“We started out with two artists on the prototyping week and they came out with something very simple and straightforward. Luigi Guatieri, our artist, he took it after that and he took from the Romantic-era and the Post-Romantic, “ said Lambe. “The painters who viewed humanity as being something very small. And so, in the Romantic-era paintings, you see all these grand landscapes and all these hills and fires and oceans. And the people in the paintings were very small, I think that formed the basis for what you see in the game.”

“There’s still some level of, you know, these big broad brushstrokes, leave some level of ambiguity as to what’s really happening in the details,” said Scott.

The road to Elegy, however, wasn’t as clear-cut as the game. Calling it an “exercise in minimalism,” Scott explained how local developers in Boston helped shape Elegy into what it is today.

“While the end result – you walk through and write – seems really simple, straightforward and obvious, it wasn’t always that way to get there for us,” said Scott.

“The local game development community is very supportive,” said Lambe. “I think that we, for the good or bad, are really supportive of each other. So when people came and they saw Elegy, I remember, we were sitting down in the kitchen of our co-working space, the Indie Game Collective, and we had developers spend a half-hour playing our paper prototype and giving us feedback. Almost universally, the Boston area crowd has been great.” 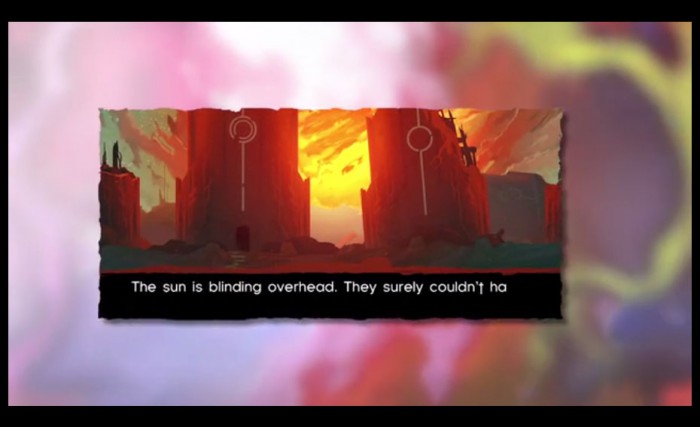 “For most of my life, I’ve been creating games in small teams and what that means to me is that we have a huge amount of creative control over what we do,” said Lambe. “We don’t have to talk to shareholders and we’re not beholden to publishers and, I think, it’s experiments like Elegy, where we sit down for a week and we just do something crazy – our ability to experiment, our small team sizes and our investment in development from the standpoint of gamers keeps us, I think, a little more agile.”

Elegy for a Dead World is scheduled to come out on Steam in Q1 2015, but with rumors that it might drop before then, keep an eye out for it.

Enter to win a pair of tickets to attend The Hess Collection Seminar and Dinner as part of Boston Wine Festival 2018 at the Boston Harbor Hotel on Wednesday, March 14th. END_OF_DOCUMENT_TOKEN_TO_BE_REPLACED

HUBweek came to Boston, and we were there to take it all in. END_OF_DOCUMENT_TOKEN_TO_BE_REPLACED

Boston band Funeral Advantage is Tyler Kershaw. And Tyler Kershaw had a fun childhood, so it seems. END_OF_DOCUMENT_TOKEN_TO_BE_REPLACED

Perry put me on to daephne and the album blew my mind. END_OF_DOCUMENT_TOKEN_TO_BE_REPLACED