Boston has a weak local hip-hop reputation. But why? 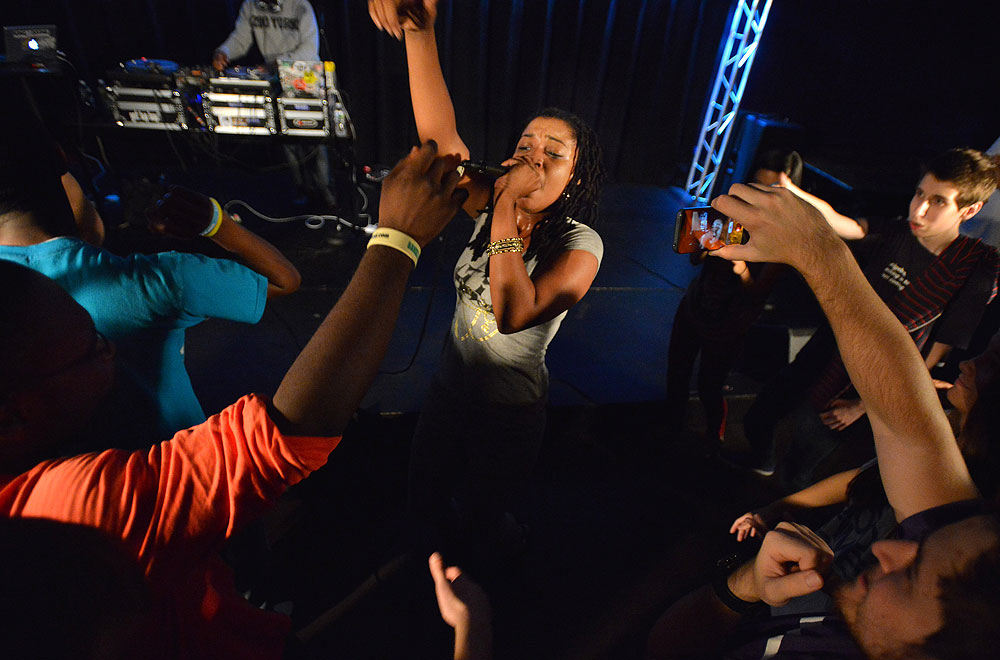 Is Boston a trap for new hip-hop artists? Boston’s scene isn’t new nor is it just becoming dope. Why haven’t more artists from Boston made it nationally? There have been several acts (7L and Esoteric, Guru, and Benzino) who have made noise outside of Boston, but each one disassociated with the city or stayed in the playlists of hip-hop heads and backpackers. Last fall, both Complex and XXL recognized the vibrancy of Boston hip-hop, but little has changed. In December, Akrobatik told us, “Boston’s rap scene is embraced more so by people in other regions and other parts of the world than by the locals themselves.” It’s time for Boston’s scene to be recognized on a larger scale and for artists from the city to get the respect they deserve.

I spoke to artists, managers, and others involved in the scene and here’s what they believe are the problems Boston has to overcome if it wants to end decades of mediocrity.

First and most simply, there are just too few artists from the city. Major centers of hip-hop like Atlanta, Houston, Chicago, and New York City all produce hundreds of rappers every year. The paucity of talent has led to complacency. Artists don’t feel challenged by one another because there aren’t any real threats. As a result, artists don’t push themselves to create innovative and moving art. Outsiders not only see a lazy scene, but also a negative, cutthroat, and violent community. Unfortunate events in the earlier era of Benzino and Big Shug made Boston hip-hop seem violent. For artists coming up in the city they have to rely on their own drive and challenge themselves to innovate while overcoming the hurdles associated with a violent past.
The city lacks a sizable crop of talent, but the fans and venues aren’t helping to fix the problem either. Boston often seems stuck in a boom-bap ’90s paradigm that the only “real” or “good” hip-hop sounds like it comes from from a DJ Premier B-side. Further, there aren’t enough clubs that host MC nights, battles, or even rap shows. At this point, it’s pretty much just the Middle East, hosting Leedz events or Mind Spray, and Church, where Mark Merren hosts a weekly showcase of new and raw talent called Motivate Mondays. Occasionally, there’s a show at Hibernian Hall in Roxbury, but there need to be more. The whole scene needs to come together to support the talent that does exist, eschew traditional ideas of what rap is, and have events and venues that can consistently showcase burgeoning art.

All the people I spoke to for this article highlighted the lack of professionalism, marketing, and drive as major issues holding back the scene. Artists need to realize that fame and success in any art takes extreme dedication and sacrifice. Just because you’ve got a dope record doesn’t mean you will get fans. As dirty and heretical as it may sound, you have to build a brand if you want success. It’s hard to convince someone to buy your art, but it’s much easier to convince someone to buy an idea, a feeling, or aesthetic.

Despite the problems the future is bright for Boston hip-hop. There are several artists who are poised to overcome the historical inadequacies associated with Boston’s hip-hop scene. Among them Michael Christmas, DJ Evilldewer, Gio Dee, Retrospek, and Dutch Rebelle. Each has honed a style and created a marketable brand, but more importantly their music rules. If more venues open up, current venues host more events, the scene becomes increasingly collaborative, and artists dedicate themselves to crafting a brand then no doubt Boston’s scene will shed its negative image and grow into what it deserves.