Boston gets late night T service and food trucks, but they’ll only last if you use them 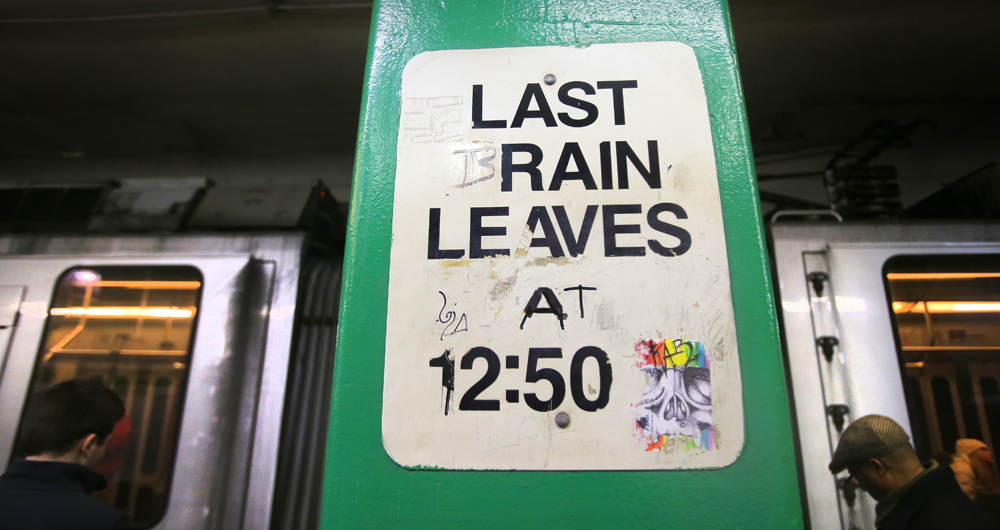 It’s a good day to be a party animal in the Hub. This week, state and local officials not only announced that the T’s eagerly anticipated weekend expansion would begin on March 28, but also that the hours of operation for food trucks would expand in three parts of the city. While late-night hoagies are going to be bad news for my wallet, both announcements are great news for the city.

Starting in two weeks, the subways system (including the green and silver lines), along with 15 of the city’s most popular bus routes, will run until 3am on Saturday and Sunday nights. The Ride, the MBTA’s service for people with disabilities, will also be extended. Starting on April 1st, food trucks parked at Boston University, Copley Square, and Northeastern University will be able to stay open until midnight on Thursdays, Fridays, and Saturdays.

Although the expansion of T service was announced before Marty Walsh took office, both of these are steps towards fulfilling the mayor’s campaign promise of doing away with Boston’s fun-allergic image. Granted, neither will solve any of the deep seated problems that Boston has with transportation or permitting, but they are definitely steps in the right direction.

But before you run off to plan your late night pub crawl / streetside banh mi fest, you should keep in mind that these programs need not be permanent. Both could be reversed if the public doesn’t turn out. The city will only open up new areas for late night food truck service if the current expansion is successful. And the extension of weekend MBTA service is a pilot program that will be re-evaluated next March. Transport officials say they don’t expect the program to break even in the first year, but they will be measuring success by measuring ridership. And the T has shown before that they will make good on their threat to roll back service if late night transport is under-utilized.  Boston had a late night bus service called the Night Owl from 2001 to 2005, but the program was axed as costs climbed and ridership declined. Hopefully the city won’t be quick to dismantle late night service, especially since a large chunk of the $20 million cost will be paid for by the private sector (including the Boston Globe, which is providing $500,000, mostly in the form of marketing agreements and advertising).

Expanding T service will do wonders for Boston’s nightlife, not to mention the lives of late night workers who didn’t have access to public transportation for their rides home. And loosening restrictions on food trucks hopefully will lead to the permitting reform that Boston desperately needs. Both plans advance the ball, and hopefully the Walsh administration has more changes in store for the Hub.

Enter to win a pair of tickets to attend The Hess Collection Seminar and Dinner as part of Boston Wine Festival 2018 at the Boston Harbor Hotel on Wednesday, March 14th. END_OF_DOCUMENT_TOKEN_TO_BE_REPLACED

Boston band Funeral Advantage is Tyler Kershaw. And Tyler Kershaw had a fun childhood, so it seems. END_OF_DOCUMENT_TOKEN_TO_BE_REPLACED

Perry put me on to daephne and the album blew my mind. END_OF_DOCUMENT_TOKEN_TO_BE_REPLACED

END_OF_DOCUMENT_TOKEN_TO_BE_REPLACED

I’m in my mid-twenties, and I’ve been working as a substitute teacher for the last couple years (I joined Teach for America right out of college). I know some of the girls in classes I teach have crushes on me — high schoolers aren’t very subtle — but I brush it off, because I’m not an idiot. Last week, however, I got a disturbing email from a girl in the English class I subbed for. Pictures were attached. You get the gist. What do I do about this situation? I obviously haven’t responded, but I’m afraid she might go Lifetime-movie on me. END_OF_DOCUMENT_TOKEN_TO_BE_REPLACED