Boston Does Boston: Local bands cover each other this weekend 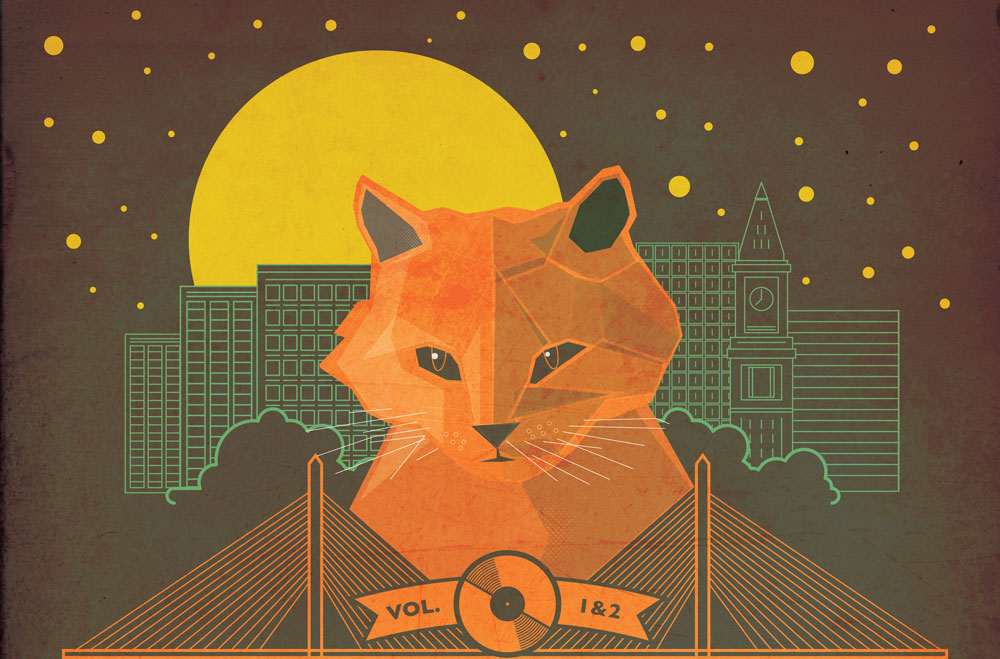 On Valentine’s Day, Jason Dunn of the Boston band The Luxury broke his ankle while trying to get one of his cats to come in from the cold. In the idle months that followed, he needed something to keep him busy while gimping around the house. So he did what any enterprising musician would do after a Valentine’s Day accident — set up 30 “dates” for 30 bands to play each other’s songs. And so “Boston Does Boston” was born, which is now a double-disc CD compilation of Boston artists covering other Boston artists with three shows this weekend featuring 16 of the 30 acts over three nights (Friday at Brighton Music Hall, Saturday at Great Scott, and a grand finale Sunday at Brighton Music Hall).

If the lure of music is not enough, “Boston Does Boston’s” proceeds will benefit the Animal Rescue League of Boston, which Dunn calls “practically an angelic organization.” Makes sense since this whole thing started with his cat.

“We don’t have to compete with each other,” says Dunn. “And we don’t have to be cutthroat in order to make people see how awesome this area is for music.”

While it’s difficult to break down all of the bands’ contributions into a digestible nugget, here are some noteworthy moments across the 30-song set:

-The only two bands that cover each other in reciprocal fashion are Jenny Dee & the Deelinquints and Township, who are both covering a song that will be released on the other’s next album (Township doing Jenny Dee’s “Get Away” and Jenny Dee doing Township’s “Rian”).

-The most unusual pairing is Black Thai, a metal band, covering Freezepop, a synth-pop band (“They jumped up and asked for them,” says Dunn)

-The most creative execution award goes to Freezepop, who imagine Park’s jangly “Sweater Weather” as something akin to Billy Idol’s “Eyes Without a Face.” “Complete with 808 drum machine hand-claps,” Dunn says.

-For radio programmers, look to Will Dailey cover of Reverse’s “Bright” and the Field Effect cover of Sidewalk Driver’s “The Sun Shines” as the most likely smash hits.

-The animal rescue award goes to Dunn himself, who rescued a beleaguered Gene Dante when the flamboyant singer almost had to pull out due to an restrictive theater schedule. Dunn insisted that he be able to help with the recording of Dante’s track (in exchange for a couple bottles of wine).

Perry Eaton writes for Boston.com. Perry Eaton talks on the radio with me from time to time. Today, he talked to me about what he’s been listening to and some upcoming shows and festivals worth checking out. Click here to read more. END_OF_DOCUMENT_TOKEN_TO_BE_REPLACED

In some ways, Palehound has always had a home in Boston. END_OF_DOCUMENT_TOKEN_TO_BE_REPLACED

Kal Marks is the kind of band that sneaks up on you. Whether you’re experiencing them at some basement show in Allston, or in an opening set for Pile at Great Scott, you may not see them coming, but they’ll immediately click. The combination of heavy sludgy riffs and lead singer Carl Shane’s unique crooning bowls you over. It’s dark and it’s compelling, but most importantly, it’s really earnest. END_OF_DOCUMENT_TOKEN_TO_BE_REPLACED

It’s not very often that some of the most talented performers in Boston are set to grace the same stage in a single night. This Sunday marks the 1 year anniversary of Mind Spray, a local hip-hop open mic and showcase series devised by promotion and booking company The Brain Trust. END_OF_DOCUMENT_TOKEN_TO_BE_REPLACED

There’s been a lot written about Street Dogs evicting a group of neo-Nazis from the pit at their House of Blues, Anaheim show on St. Patrick’s Day. You don’t need to read any of it. Just listen to front man Mike McColgan tell the story. He talks about joining his old band, Dropkick Murphys, on stage in Boston last week, too. END_OF_DOCUMENT_TOKEN_TO_BE_REPLACED

It’s not her best. END_OF_DOCUMENT_TOKEN_TO_BE_REPLACED

When in Nashville, do as the locals do. Since relocating to Tennessee a few months ago, this seems to have been Steven Tyler of Aerosmith’s approach after announcing in an October Twitter Q&A session that he intended to record a country album, an endeavor he’s well in the process of completing. END_OF_DOCUMENT_TOKEN_TO_BE_REPLACED

“I’m Shipping Up To Boston” just turned ten years old. Boston.com’s Matt Juul put this piece together on the history and significance of the Dropkick Murphys song, then joined me in studio to talk about it. END_OF_DOCUMENT_TOKEN_TO_BE_REPLACED

Boston is a city known for it’s Irish heritage, and it’s celebration of it. Two main traditions have held strong in Boston: the St. Patrick’s Day Breakfast and subsequent Parade. But I argue there is a third now: seeing the Dropkick Murphys at the House of Blues during their multi-night March Residency. END_OF_DOCUMENT_TOKEN_TO_BE_REPLACED

Sure, you might see a punk show on Monday and a chillwave band on Thursday and so on, but usually you favor one sound over another because you’re a busy bee and time is honey. It’s been the same for years, and the Prefab Messiahs can vouch. END_OF_DOCUMENT_TOKEN_TO_BE_REPLACED