Boston Comedy Festival Stand-Ups Describe ‘The Worst I Ever Bombed’ 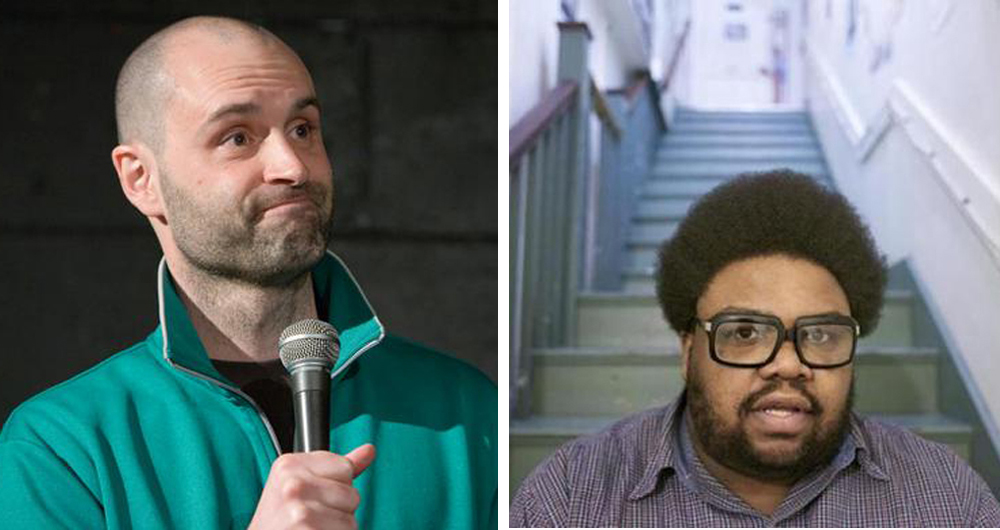 {“data”:[{“type”:”text”,”data”:{“text”:”It’s official – the polar vortex is coming back next week. But before you decide to hunker down for the winter \\([this](http://www.theonion.com/articles/girlfriend\\-to\\-stay\\-underneath\\-blanket\\-for\\-next\\-5\\-m,34377/) girl has the right idea\\), there’s one more reason to brave the outside world – the Boston Comedy Festival. \n\n”}},{“type”:”html”,”data”:{“text”:”“}},{“type”:”text”,”data”:{“text”:”Starting last night at the Davis Square Theatre in Somerville, the Boston Comedy Festival began in 2000 with a small contest and $500 in prize money.\n\n“The whole idea was, ‘look, we got these great acts in Boston, how do we get people to come and see them?’,” said comedian and BCF founder, Jim Mccue. “That was the original plan for the Boston Comedy Festival.”\n\nNow, 15 years and $9,500 more in prize money \\(for a total of $10,000\\) the BCF attracts national and local comics alike.\n\nThe nine\\-day festival includes showcases for local acts, featured comedians and, of course, the Boston Comedy Festival Stand Up Contest.\n\nSo before the new, bright\\-eyed Boston comics take the stage \\(the contest starts on Nov. 9\\), here’s a bit of advice from the featured comedians:\n\n”}},{“type”:”video”,”data”:{“source”:”youtube”,”remote_id”:”aDAPXPJ6HKg”}},{“type”:”text”,”data”:{“text”:”“You learn more more from bombing than from killing,” said **Monroe Martin**, a rising NYC comedian who recently appeared on NBC’s “Last Comic Standing.\n\nMonroe, a Philly native who moved to Brooklyn, started out on the Philly circuit as comics usually do – performing at open mics.\n\nAnd according to him, his act was terrible. Getting pulled off stage within 30 seconds, having the club manager worry about Martin bringing down the club atmosphere – that was all par for the course as he began comedy.\n\n“Do you know how much you have to suck to bring down the mood at an open mic?” said Martin. “No one is good, but you gotta stink in order to bring the mood down.”\n\nBut Martin insists that those moments taught him the most about his craft. Taught him to be real to himself, leading to his unique branch of comedy which takes from his rough childhood and the world around him.\n\nWhen asked if he still bombs, Martin explained his worst bomb – after having a friend kill a set, Martin blew his. Apparently, he blew his set so terribly that the host grabbed Martin by his shirt and talked about how bad the set was…on stage.\n\n“To lead somebody on stage and roast them, in front of a sold out audience, that’s not the norm,” said Martin.\n\n”}},{“type”:”video”,”data”:{“source”:”youtube”,”remote_id”:”fGUczNV0WUI”}},{“type”:”text”,”data”:{“text”:”Dorchester native and local funnyman, **Lamont Price**, will also perform during the festival. In fact, he’s hosting the first preliminary round of the BCF Stand Up Contest on Nov. 9\n\n“I finalled in this particular contest in 2009 and 2010 and it led to some really cool things,” said Price. “It was really beneficial to me.”\n\nPrice, [named](http://www.bostonglobe.com/arts/theater\\-art/2012/05/14/force\\-with\\-comedian\\-lamont\\-price/AXzB0Zh1ehhA8n8xcVF9YJ/story.html) one of Comedy Central’s “Comedians to Watch” in 2012, has appeared with several of comedy’s big names like Dane Cook and Tommy Davidson. And while he insists that he’s still building, Price doesn’t let bad sets get to him.\n\n“Do you, as they say and people will eventually find you. Comedy is an art” said Price. “Bombs happen, I’ll just say to myself, ‘let’s see how far I can sink this ship,’.”\n\nAnd his worst bombing story? The time that new\\-to\\-comedy Price \\(who was only hosting a show\\) had to fill\\-up an empty hour, with only 20 minutes of material and no microphone or mic stand.\n\n“That was brutal, but I learned a lot,” said Price. “And I would like to say something like ‘I wouldn’t wish that on any comedian, but I actually do wish that on every comedian because you need that.”\n”}},{“type”:”video”,”data”:{“source”:”youtube”,”remote_id”:”htPlG-raD2o”}},{“type”:”text”,”data”:{“text”:”New York City’s **Ted Alexandro** will be closing out the festival with his show on Nov. 15.\n\nA comedian for over 20 years, Alexandro knows a thing or two about telling jokes. He began with a sketch comedy group before moving on to a duo, eventually, it was just Alexandro.\n\nHe credits the work he did with the group and as a duo as part of the reason why stand\\-up came to him. He had a good foundation.\n\n“I had that foundation and that familiarity with what open mics are like and the ups\\-and\\-downs of all that,” said Alexandro. “But it’s still terrifying, a bit, when you go from having first a sketch group around you and then another person. I was just whittling it down to taking that leap and doing it myself.”\n\nAnd thank goodness that he did. Alexandro has performed on some of Late Night’s most famed spots like David Letterman, Jimmy Kimmel and Craig Ferguson. He also has Comedy Central on his [resume](http://tedalexandro.com/bio/), as well as having been called “one of the funniest comedians working today” by Time Out NY.\n\nSo does Alexandro still bomb?\n\n“Every comic bombs from time to time, it’s good to bomb,” said Alexandro. “You get better at knowing which nights you can try new things and gauge the setting.”\n\nHis worst set happened, not because the act was terrible, but at the paws of the King of Jungle.\n\n“I was next to these two lions,” said Alexandro explaining one of his worst bombs. “I’m doing a set for 30 minutes or so, but everyone is crowded around the two lions. There were two old ladies sitting kind of in front me, they looked like they were tired and wanted a place to sit. They weren’t even really looking at me.”\n\nHe echoed Martin’s sentiments about bombing, saying that “those kinds of things make you a good performer.” It even led to some of his best advice for new comics out there – “never perform next to two lions and don’t stop studying”\n\nThe Boston Comedy festival began on Nov. 7 and ends on Nov. 15 at the Davis Square Theatre.\n\nTickets, venues and a full lineup can be seen on the [Boston Comedy Festival](http://bostoncomedyfest.com/) website.\n”}}]}

END_OF_DOCUMENT_TOKEN_TO_BE_REPLACED

Enter to win a pair of tickets to attend The Hess Collection Seminar and Dinner as part of Boston Wine Festival 2018 at the Boston Harbor Hotel on Wednesday, March 14th. END_OF_DOCUMENT_TOKEN_TO_BE_REPLACED

I referred to it as the “best kept secret” in Boston arts for the holidays. END_OF_DOCUMENT_TOKEN_TO_BE_REPLACED

Boston’s arts scene shines at this time of year. END_OF_DOCUMENT_TOKEN_TO_BE_REPLACED

It’s so much more than a holiday show. END_OF_DOCUMENT_TOKEN_TO_BE_REPLACED

Rock for a cause this holiday season. END_OF_DOCUMENT_TOKEN_TO_BE_REPLACED

Get out and see a show this holiday season, and save some money when you do. END_OF_DOCUMENT_TOKEN_TO_BE_REPLACED

You can help give the gift of music to kids in need this holiday season. END_OF_DOCUMENT_TOKEN_TO_BE_REPLACED

Be honest: when’s the last time you attended a Gala? END_OF_DOCUMENT_TOKEN_TO_BE_REPLACED