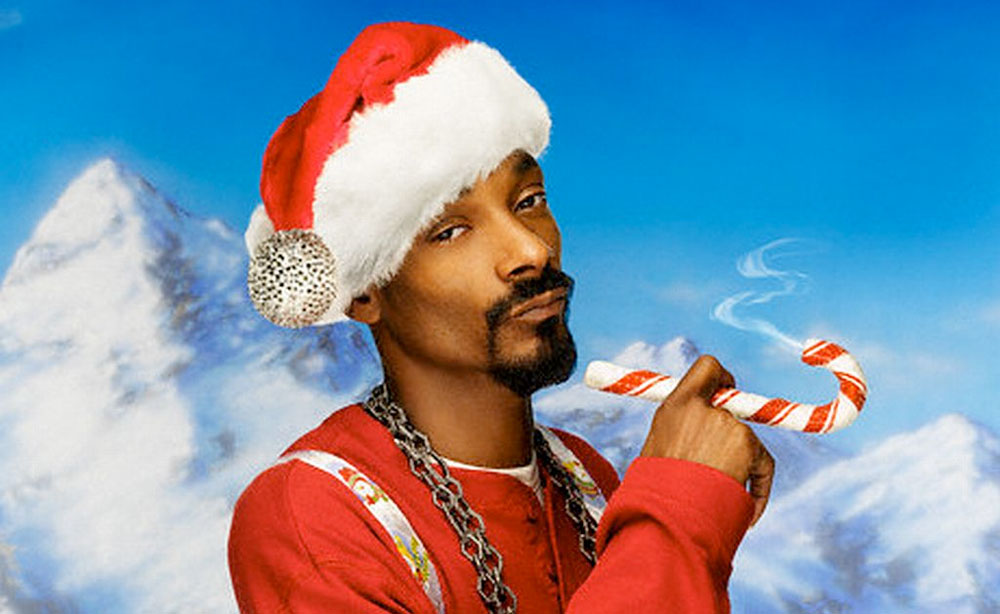 And you thought Doctor Seuss had all those Christmas rhymes on lock. Ever since the advent of sound recording, musicians have been jumping on the Christmas band wagon: some to put to song their love of the holiday, others to cash in on those fat December royalty checks. Hip-hop is no exception. Rappers love Christmas, too, and they have been recording tracks for the season for as long as people have been buying hip-hop records (see No. 4). Here is a curated sample of some of the best hip-hop has to offer, at least in the holiday cheer department.

Related: 6 ‘Christmas’ songs that aren’t Christmas songs at all

On “Cold Chillin’ Christmas,” the Queensbridge, N.Y., supergroup show why they remained such a dominant force in east coast hip-hop. If you want a holiday track that doesn’t sacrifice any of the lyricism you’re accustomed to, look no further.
“Santa Claus Goes Straight to the Ghetto” was the lead track on the compilation album “Christmas on Death Row.” What better way to celebrate the holidays than with the star’s of one of L.A.’s most notorious label? Regardless of you think about the song’s message (“on the first day of Christmas, my home boy gave to me / a sack of the krazy glue and told me to smoke it up slowly”), the moment in the video when Santa’s sleigh transforms into a pimped-out Coup Deville is pure magic. And it sampled a James Brown tune of the same name.
Don’t confuse Derek B with the infinitely more talented Eric B. ( I mean, the dude leads off with “A celebration of the time that Jesus was born / Dec. 25, he’s a Capricorn!” Pretty weak.) “Chillin’ with Santa” tells the story of how Derek and his buddies saved Christmas by helping Santa deliver toys to all the needy boys and girls. If you ever needed a track to convince grandma that hip-hop isn’t all about violence and misogyny, this is the one to go with.
Kurtis Blow was early hip-hop’s preeminent sex symbol, and this holiday entry was one of the first rap songs ever commercially released (as a point of reference, it came out the same year as the Sugarhill Gang’s “Rapper’s Delight,” the first hip-hop track to crack the Billboard Top 40). “Christmas Rappin’” is mandatory listening at any ugly sweater party.
It’s always good to manage expectation for the holidays. That last thing anyone wants is to be disappointed when they don’t get everything on their Christmas list. That’s the beauty of the Dirty Boyz’ classic “All I Want for Christmas (is to Get Crunk).” All they want for Christmas, literally, is to get crunk. So check that off the list, and move on to finding Legos for cousin Timmy.