Beyond the Remakes, Sequels, and Franchises: The Best Horror Movies of This Millennium 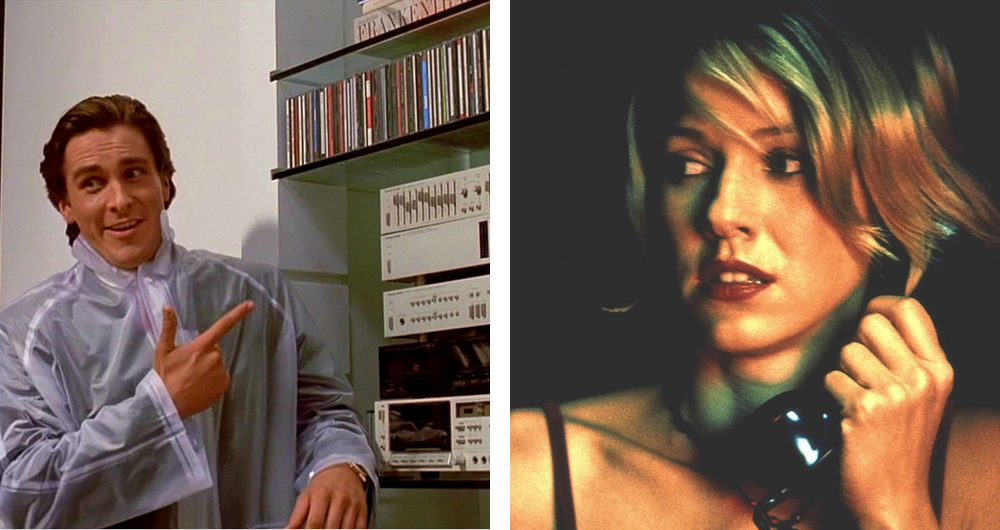 The past 14 years in horror have been… interesting.  Nobody has produced anything on the same level as true classics from the ’60s, ’70s, and ’80s.  Many, in fact, largely drew on references from the horror movies of those years.  Most horror movies have either been a remake, a sequel, or part of a franchise, like “The Texas Chainsaw Massacre” and “Halloween” or “Saw” and “Paranormal Activity.”

More than a few horror aficionados yearn for the golden era of old and spit venom at recent releases.  At times, I can be of that ilk, but if you shuffle through the crap (and there’s a lot of it), there have been some true horror gems released since 2000.  Like every genre cycle, there were noticeable trends: extreme horror, zombies, post-modernism, throwbacks, vampires, the devil, and so on.  When it comes down to it, the past 14 years were like every other period in film in that there were audience favorites, critical duds, and highs and lows.  For your viewing pleasure, here are some of the highs: the 14 “best” horror movies released from 2000-2014, in no particular order…

“American Psycho” is a horror satire so biting that it manages to chew right through your flesh. The film has a Kubrickian sense of remove to it– all the better to watch the commentary and utter insanity unfold. The ultimate portrait of image-obsessed America’s spiritual emptiness.
“28 Days Later” was the film to reinvigorate the entire zombie genre, almost literally. Never before had zombies moved so fast, matching director Danny Boyle’s constant visual style. “28 Days Later” is a number of things, but, when it comes down to it, it’s a white-knuckled hell ride through a ravaged U.K. Forget “The Walking Dead.”
I’ve gone on and on about “Shaun of the Dead,” but I’ll say it again: it’s one of the greatest horror comedies of all time and also one of the most purely enjoyable movies of the 21st century. It’s a great send-up of zombie movies in that it displays a deep admiration for the genre it pokes fun at. Witty and satirical in equal measure, “Shaun of the Dead” showcases Edgar Wright’s visual sensibilities and an overall love for cinema. Horror comedy has rarely felt so good.
While “The Descent” may not seem like the most original horror movie ever made, it makes the most of its plot through technique and execution. The claustrophobic setting and masterful use of off-screen sound culminate in a viscerally terrifying tale of loss and survival.
“The Devil’s Rejects” is the epitome of recent horror auteur Rob Zombie’s craft and style. A throwback to relentless exploitation films of old (particularly “The Texas Chainsaw Massacre”), the film rises above its influences to become a different beast entirely. Violent, ferocious, sleazy, and ruthless, with some pitch-black humor and colorfully vulgar language thrown in for good measure. “The Devil’s Rejects” also works surprisingly well as a metaphor for post-9/11 vengeance and torture. How’s that for horror?
If you enjoy that uncomfortable feeling of needing to take a shower, then “Wolf Creek” is the one for you. You may begin to feel hopeful for the characters, but then things somehow keep getting worse and worse. Lesson learned: never go to the Australian outback.
Screw “Twilight,” “Let the Right One In” is the quintessential vampire movie of the past 14 years. Achingly beautiful and imbued with a sense of tragic romance, the movie takes what you think you know about vampire movies and translates it to a deeply sad (and occasionally horrifying) coming-of-age tale.
The greatest ’80s horror movie released since the actual ’80s. “The House of the Devil” is so steeped in nostalgia that it actually feels like a lost artifact. For the first hour or so, the tension just keeps building and building and… BUILDING, and then something happens. To say what would ruin the fun, but you know that a movie isn’t just called “The House of the Devil” for a laugh. When it hits, it hits.
The ’90s had “Scream,” but “The Cabin in the Woods” is this era’s smart-ass horror movie. Post-modern and deconstructionist, knowingly winking at the audience throughout, but with a little bit of that weird Joss Whedon flavor to it.
After the “Spider-Man” trilogy, Sam Raimi finally returned to do what he does best. “Drag Me to Hell” isn’t trying to be anything it isn’t. It’s simply a no-frills, damn fun throwback to old trash horror movies of old. And if you’ve seen the “Evil Dead” trilogy, you know it’s going to be played for gross-out, devilish laughs.
I know what you’re thinking… “Mulholland Drive” isn’t a horror movie. OK, then what about the forever-disturbing Winkies scene? Or the fact that the movie shifts gears and the surreal artificiality of the first half gives way to something darker and more nightmarish in the second half? On the surface, “Mulholland Drive” isn’t what you would typically call a horror movie, but it gets at something deeper. It taps into existential, psychological, and, ultimately, sublime human fears that are truly more haunting than any slasher or monster could ever hope to be.
Let’s be clear: aside from the occasional jump scare, “Shutter Island” isn’t really scary. It can actually be a bit silly at times. But damn if it doesn’t make me giddy to see American master Martin Scorsese dive headfirst into a genre exercise. The film is a psychological thriller (in all caps), oozing with cinematic hallmarks and throwbacks. To call it stylish is an understatement. “Shutter Island” is lurid and over-the-top in its theatrics, embracing certain horror tropes and imagery and setting them aflame.
This may fall into the same category as “Mulholland Drive” in that it can be hard to classify as any specific thing, let alone a horror movie. But “Donnie Darko” works on a different, more subconscious level. There is a creeping sense of dread coursing throughout the film, capturing suburbia and adolescence in such a hypnotic way that you can feel yourself getting lost in the world of it. “Donnie Darko” is like the most peaceful nightmare you’ve never had.
Since 2000, the movement known as New French Extremism cut its way into the horror movie fold, and “Martyrs” may be the epitome of it. Be warned: “Martyrs” is a deeply unpleasant experience and not entertaining by any normal standards. If you need a reference, it makes torture porn like “Hostel” looks like child’s play in comparison. The imagery somehow grows more and more repulsive and provocative throughout, but it all serves a purpose. In its unrelenting manner, “Martyrs” has a lot to say about vengeance and human cruelty. No matter what you think about it, you’ll feel deeply repulsed and unsettled by the end.