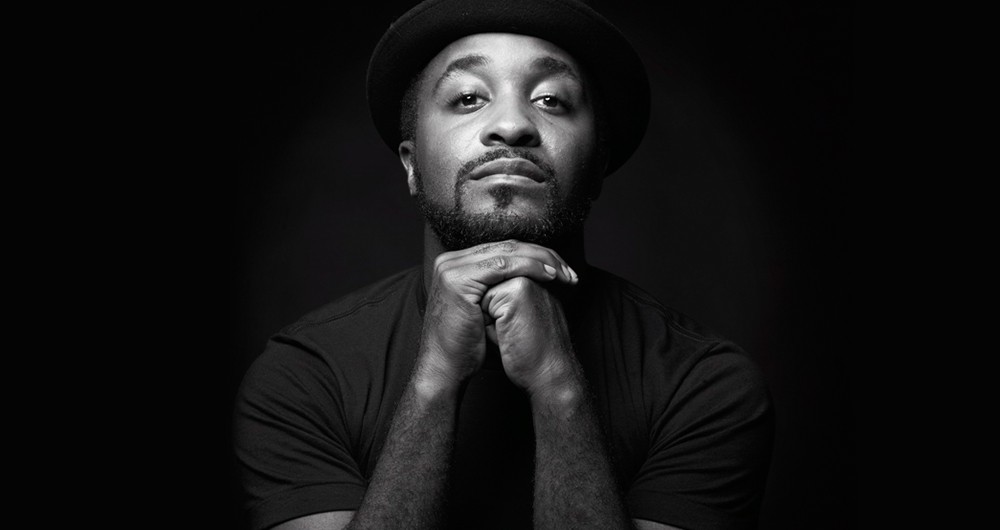 Renowned choreographer Darrell Moultrie is basically cultivating the next generation of Beyoncés.

OK, not really because Queen B is a true one-of-a-kind talent and if you believe otherwise, your opinion is pretty much irrelevant. And while Moultrie is best known for his works for ballet and modern dance companies across the nation, he really has worked with Bey, specifically helping to choreograph the Mrs. Carter World Tour.

Yes, he helped bring you a particularly fierce Beyoncé.

Now, Moultrie has been working with students in the dance division from Boston Conservatory to create his latest work, Winds of Now.

According to a statement, Moultrie described his latest installment “as having a grand, sweeping feeling – one that reflects the unique place Conservatory students find themselves at the precipice of their career.”

He’s been leading rehearsals for students in preparation for the debut of the performance that will premiere at LIMITLESS — the Conservatory’s dance division spring mainstage concert. Tickets are $25-30 and shows will take place from April 17-April 19.

“You don’t feel more present than when you’re working with young people,” Moultrie said in a press release. “They have no idea what the future holds. They’re in the now.”

Cathy Young, the director of the dance division at the Conservatory, said that every year they invite about 10 guests choreographers.

“We try to bring people who are really shaping the field right now or have strongly impacted the field in the last 30 years,” Young said. “It’s people who are creating innovative work, who are out there working now and who our students are most going to learn from.”

She adds that Moultrie is a model for students for who they can hope to be — someone with a diverse repertoire with crossovers all across the field.

“When I met him, he’s just an incredibly, genuine person,” Young said. “I felt he would be a great artist in the studio with the students.”

We won’t be surprised if we see one (or more) of these dancers in the showcase dancing alongside Beyoncé on her next tour, maybe even riding that “surfboardt” to fame.

Enter to win a pair of tickets to attend The Hess Collection Seminar and Dinner as part of Boston Wine Festival 2018 at the Boston Harbor Hotel on Wednesday, March 14th. END_OF_DOCUMENT_TOKEN_TO_BE_REPLACED

Abe Rybeck, founder and Executive Artistic Director of The Theater Offensive was in studio this morning to talk about ClimACTS! Bounce, which celebrates art loud and proud at Royale on Wednesday, May 3. END_OF_DOCUMENT_TOKEN_TO_BE_REPLACED

Melanie Gillespie is an author and the founder of Mel O’Drama School of Acting in Milton. She was in studio this morning to talk about her latest book Darlene and the Drama Queen and how acting can help kids to develop confidence. END_OF_DOCUMENT_TOKEN_TO_BE_REPLACED

We’re not suggesting coconuts migrate, but we are suggesting that you see Spamalot at North Shore Music Theatre, two weeks only, September 27 through October 9. Click here to grab your tickets, and click “more” to hear my interview with Brad Bradley, who plays Patsy. END_OF_DOCUMENT_TOKEN_TO_BE_REPLACED

You know Dracut, MA native Scott Grimes from television’s American Dad and ER. You know Bob Guiney from The Bachelor and The Bachelorette. But did you know the two are teaming up to raise funds for the Dracut Performing Arts Program? END_OF_DOCUMENT_TOKEN_TO_BE_REPLACED

Boston band Funeral Advantage is Tyler Kershaw. And Tyler Kershaw had a fun childhood, so it seems. END_OF_DOCUMENT_TOKEN_TO_BE_REPLACED

Perry put me on to daephne and the album blew my mind. END_OF_DOCUMENT_TOKEN_TO_BE_REPLACED