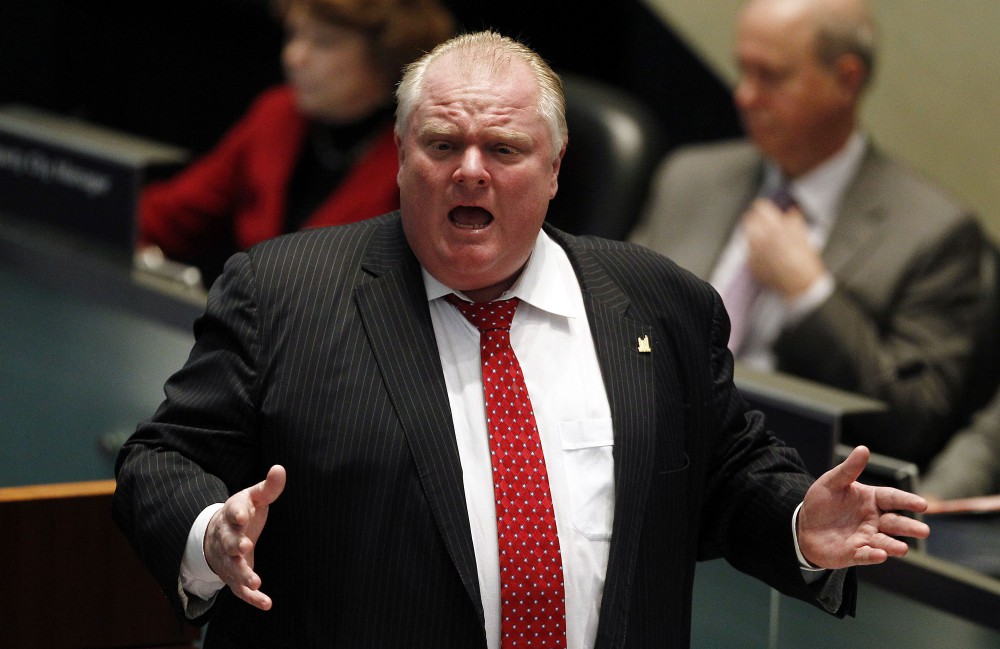 There seems to be quite the dichotomy in this week’s late night television guests. There are the wacky personalities, like Rob Ford, Lindsay Lohan, and Lil’ Jon, and then the brilliant minds of Neil deGrasse Tyson and Randy Newman. It’s an odd smattering of celebrities, but it should be plenty entertaining.

The greatest bar band in America is prepping for the release of its new album “Teeth Dreams” with a stop on Seth Meyers’ new show. One of the better live rock acts of the past decade, don’t tear yourself away from the engaging presence of frontman Craig Finn.

If you think that Randy Newman is a snooze act, you’ve probably never seen “Toy Story” and you’ve definitely never given him the listen he deserves. One of the great satirical songwriters ever, Newman can have the mouth of a sailor one second and then bring you to tears with a tender love song the next.

The sweet-voiced Amos Lee is a rare bridge-builder between folk and soul music, which makes for a dynamic performance every time he takes the stage. Those who are hip to the likes of Ray LaMontagne or Joe Pug are in for a big treat of they’re yet to turn on to Lee.

The former frontman of Husker Du and Sugar has also had an extremely influential solo career to boot. Now, Mould is celebrating the 25th anniversary of his debut album “Workbook.” He stops by “Letterman” as both the guest and the musical performance.

The Atlanta music scene is poppin’ off these days with a new cast of characters that includes Migos, Future, and Rich Homie Quan. The man who has always kept that city crunk, however, is none other than the party animal himself, Lil’ Jon.

Sometimes when you dig yourself into a really deep hole, you just keep on digging. Assuming that’s what Toronto Mayor Rob Ford is trying to do, appearing on Jimmy Kimmel’s show should be a pretty good move, right? It’s tough to imagine what kind of PR people are working with the Ford campaign, but they almost assuredly hate their lives unless this whole “everyone who lives in Canada is always happy” thing is true.

The daughter of NBC Nightly News anchor Brian Williams (who will be on Meyers’ show the night before) is one of the most frustrating characters on HBO’s “Girls,” a show chock full of frustrating characters. Luckily, the actress, who is now recently engaged, is a bit more lovable in real life, and will make a stop by “Late Night.”

Lindsay Lohan has had the distinct pleasure of hitting a few rough patches on her course of stardom, but still having people root for her to some degree. In between court visits and just before the debut of her own reality show, “Lindsay,” premiering next Sunday on OWN, Lohan will try to make the pitch on Fallon’s show.

It’s rare that scientists get a little piece of the limelight. Bill Nye has maintained a good bit of relevance over the years, and now astrophysicist Neil deGrasse Tyson is all the rage of the scientific world. The man of great IQ has been known to take selfies with President Obama and chat it up with Stephen Colbert, and now he’ll find a new buddy in former “TRL” host Carson Daly.

Red carpet, red shmarpet. The only fashionisto that has mattered this past month is Olympic figure skating analyst Johnny Weir, whose outfits dazzled as much as, if not more than, the skaters themselves. He’ll bring a splash of color to Seth Meyers’ new show.

Always a pleasure to have Boston.com’s Perry Eaton in studio for a chat. After we talked a bit about Pearl Jam at Fenway and Perry’s new podcast, he filled us in on Game of Thrones live and Narragansett’s new Bananagrams-themed brew. END_OF_DOCUMENT_TOKEN_TO_BE_REPLACED

No, not from afar, from the comfort of her couch. From the actual awards themselves. That’s where Meredith Goldstein was for the Oscars. She shared all the juicy, first-hand details with me. END_OF_DOCUMENT_TOKEN_TO_BE_REPLACED

It was wonderful having our good friend Meredith Goldstein back in studio this morning. She dug into the latest edition of Love Letters, which prompted us to play this song. And of course we had to discuss the Oscars. Make sure you’re following Meredith on Twitter, as she’ll be live-tweeting the awards this Sunday night. END_OF_DOCUMENT_TOKEN_TO_BE_REPLACED

Our first edition of TV Sets for 2016 might be better than every edition from 2015. END_OF_DOCUMENT_TOKEN_TO_BE_REPLACED