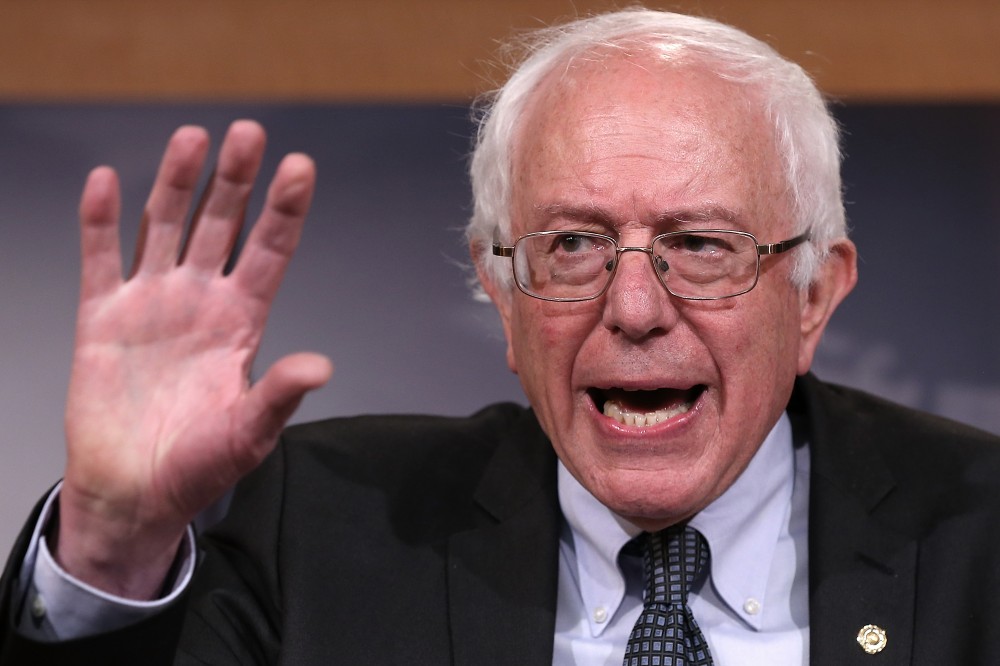 The Democratic presidential candidate offered up some choice words at a campaign stop in Dubuque, Iowa on Sunday. A YouTube video shows Sanders answering questions from the media after delivering a speech to about 2,000 people in the swing state.

The video starts with a reporter asking, “In your speech tonight, you said you won’t criticize or attack Hillary Clinton, certainly. But you did seem to draw some implicit contrasts when you said you don’t take money from super PACs and you voted against the Iraq War—”

And that’s when Sanders cut him off.

“Time after time, I’m being asked to criticize Hillary Clinton,” Sanders said. “That’s the sport that you guys like.”

Sanders moved on to outline the “disagreements” he has with Clinton by directly speaking on his views on major issues like the Iraq War, the Keystone Pipeline, and the Patriot Act. He did it all without even broaching the topic of Clinton’s opinions.

However, he didn’t seem confident that that’s what the press will focus on.

“The issue that I want to discuss is the collapse of the American middle class. Are you guys going to write about that?”

In the video, Sanders made it clear that he doesn’t see the value in attacking other candidates, nor does he see value in the news articles that perpetuate those attacks.

He even flat-out refused to answer a question about him purportedly being a career politician, which he later referred to as a “gotcha” question.

He didn’t. Mess. Around.

His responses to certain questions at the press conference were akin to those from a recent New York Times interview. When asked about how people talk about his and Hillary Clinton’s hair, he cut the Times reporter off, too.

“I don’t mean to be rude here,” he said in the interview. “I am running for president of the United States on serious issues, OK? Do you have serious questions?”

Before leaving the Iowa press conference, Sanders made a final statement about how he thinks political discussion and debates ought to go down.

“The American people want us to address…issues. They do not want us to be attacking each other,” Sanders said. “They want focus. They want a real debate on real issues, and I intend to give it to them.”