Benjamin Booker: Rising, but at His Own Speed 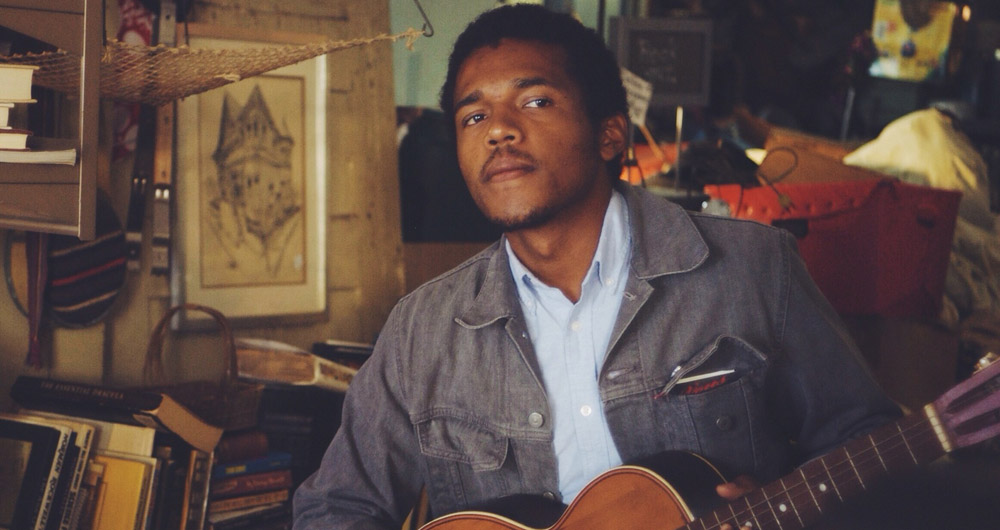 “Violent Shiver,” Benjamin Booker’s infectious and inescapable hit single, is the ideal summation of what raw musicianship sounds like. Booker’s creative impulses splinter between ear-corroding croons, crashing drums, and stealthy riffs. Yet he insists that he played no part in selecting it as the song that would debut his talents to the world. “I literally wrote it in five minutes—it was the first thing I played on guitar. We recorded it, and I thought it was just another song—I didn’t pick it as the first single.”

Like anyone grappling with the impending intense speed and lunacy of stardom, Booker is candid about his journey. “I can’t really complain about anything. I went from making coffee to playing with the band in just a year—I’m terrified.” But he has already been acquainted with the grueling nature of life on the road. “We’ve been touring since February, playing a few shows a week with a couple of days off here and there.” Booker jokingly reflects after a little nudge. “This tour could go well, or could be the end of me,” he remarks with a slight chuckle. “We’ll see.”

Some are expecting his self-titled debut album, due out August 19th, to share the same frenzied energy and lupine guitar ooze as “Shiver.” They should be advised, however, that Booker created a multifaceted listening experience. “The album is a little bit of everything. It has a lot of my influences, so you’ll hear all kinds of stuff: soul, blues, punk, r&b.” But Booker, who sets his sights on Boston June 18th at the Sinclair, is satisfied with the overall product. “The record is pretty cohesive. I just ended up feeling really good about it. I’m glad it ended up working out.”

Benjamin Booker plays this Wednesday, June 18 at The Sinclair with Courtney Barnett (8 p.m., $15, 18+). He will also appear at this summer’s Newport Folk Festival.

Enter to win tickets to see Trio Da Kali at The Villa Victoria Center of the Arts (Newton, MA) on April 10th. END_OF_DOCUMENT_TOKEN_TO_BE_REPLACED

END_OF_DOCUMENT_TOKEN_TO_BE_REPLACED

Enter to win tickets to Rhye at The Paradise on February 28th. END_OF_DOCUMENT_TOKEN_TO_BE_REPLACED

END_OF_DOCUMENT_TOKEN_TO_BE_REPLACED

Enter to win a pair of tickets to attend The Hess Collection Seminar and Dinner as part of Boston Wine Festival 2018 at the Boston Harbor Hotel on Wednesday, March 14th. END_OF_DOCUMENT_TOKEN_TO_BE_REPLACED

Her new album has been pushed back, but we have Kimbra’s new single for you. END_OF_DOCUMENT_TOKEN_TO_BE_REPLACED

The folk duo returns with a new record this week. END_OF_DOCUMENT_TOKEN_TO_BE_REPLACED

Now that we’re done looking back at 2017, let’s look ahead at 2018. END_OF_DOCUMENT_TOKEN_TO_BE_REPLACED