Beer Fans Rejoice! How to Celebrate Zwanze Day in New England and Beyond 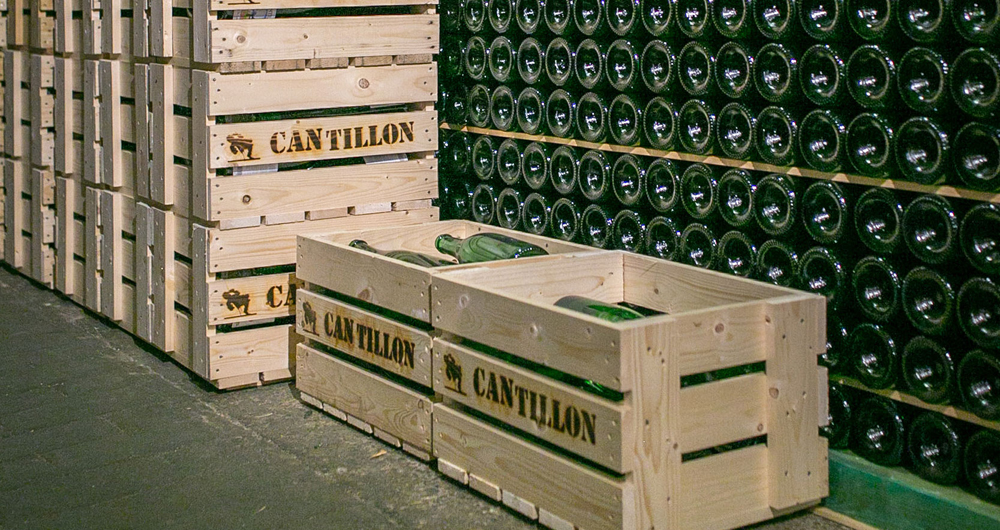 There was a time, long, long ago that Boston beer nerds could go to their local liquor store and find bottles from Brasserie Cantillon, the tiny, much-lauded Belgian brewery best known for brewing world-class lambics. The bottles – nuanced, tart, often tough to find beers – gathered dust alongside other Belgian beers.

It was only a handful of years ago that things changed. Something happened, Americans’ palates changed and the bottles began to disappear from shelves across the country.

Nowadays when local liquor stores get Cantillon in, it doesn’t even make it to the shelf. Stores post about it on Instagram or Twitter and it’s on. Fans speed to shops in a fervor and it’s unlikely the bottles languish in their boxes for more than an hour.

Hell, I got excited a few weeks ago when I spotted a rogue shelf loon in the cooler at a Cambridge liquor store only to ask how much it was and find out it wasn’t for sale.

Sure, there’s the occasional shipment from the importers at Belchertown’s Shelton Brothers… but those are few and far between.

It’s even more rare to find it on tap here, but over the last few years, at least for a weekend, that’s begun to change thanks to Zwanze Day, a worldwide, simultaneous tapping of a beer that Cantillon brewer and owner Jean van Roy, brews especially for the holiday.

Is drinking rare sour beer up your alley? Even if this isn’t your first Zwanze Day, read on for a primer:

In Boston? Try to get a taste of Zwanze at Cambridge’s Lord Hobo. While there’s sure to be a line before they open for brunch at 11 a.m., that shouldn’t scare you off if you’re looking to get a taste of top notch beer. 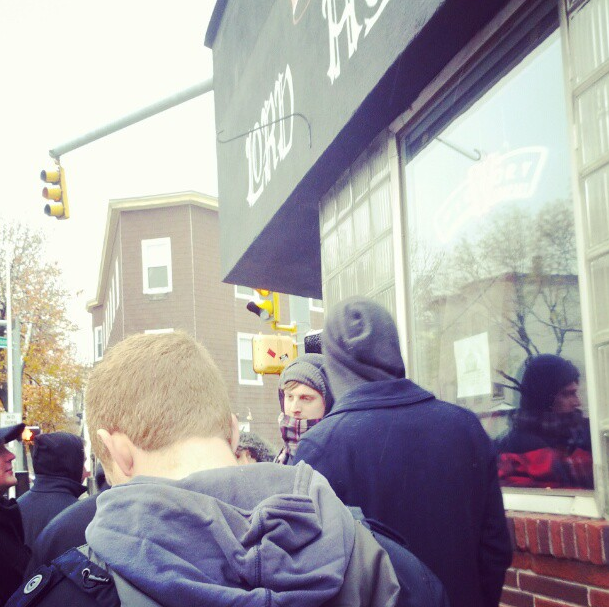 I fondly recall standing outside Lord Hobo in the snow in 2012, when Zwanze Day fell on December 1, but I think it’s safe to say all were happy when the day switched back to September last year. Regardless though, aren’t there worse places to be than standing in line when you know you’ll be met with delicious beer at the end of it? While it’s a little hazy exactly what Daniel Lanigan, Lord Hobo’s proprietor, will have on tap tomorrow, if it’s anything like years past, it’ll be worth the wait. After all, Lanigan has already posted on Facebook that he’s planning on digging into the veritable treasure trove of rare bottles he keeps in Hobo’s cellar.

Once again, while there’s no telling what’ll get opened, there’s a very good chance you could try Cantillon’s sublime apricot lambic Fou Foune or one of a handful of hard-to-get Hill Farmstead bottles (Art? Norma? E.?).

It could cost a fraction of your paycheck but perhaps a bottle of 1996 (!) Cantillon Gueuze or 1999 Drie Fonteinen Beersel Oude Gueuze could be yours!

Not fond of uber-hyped beer releases with lines? While the more intense beer fans have had tomorrow marked on their calendars ever since the date was announced in mid-July, try swinging by Hobo for the second toast at 6 p.m. While crowds are bound to hang around and buzz for this event grows every year, fingers crossed, it should be less packed.

Don’t want to deal with what will assuredly be a mobscene at times in Cambridge? Head out to Worcester.

When reached this week, Alec Lopez, the owner of the city’s premier beer destination Armsby Abbey, refused to divulge what the full taplist would be tomorrow but did say he’ll be pouring three Cantillon beers in addition to Zwanze: The original Iris, a spontaneously fermented lambic style, aged in oak casks, Classic Gueuze, and Mamouche: The 2009 Zwanze, a lambic brewed with elderflowers.

Zwanze pours are first come, first served and the bar is stressing that everyone who’s wanted a pour has gotten one at prior Zwanze Days.

When Armsby opens at 10 a.m. for a limited brunch service, patrons will also find some of Trillium Brewing Company’s hoppier offerings on tap: Fort Point Pale Ale and Congress Street IPA. Beer drinkers will also be able to drink (for what I believe is the first time on draught in Massachusetts) Hill Farmstead and Cambridge Brewing Company’s Nordic Saison. Lopez said he’d have a few surprises on tap as well, yet fans will have to make the trip to see what those are.

The much-heralded Hill Farmstead, nestled in the hills of Vermont’s Northeast Kingdom, is hosting a Zwanze tapping as well but if you like beer, it shouldn’t come as a surprise that tickets for that event sold out long ago. If you’re going – you’re in luck: In addition to Zwanze, Hill Farmstead’s Shaun Hill will also be pouring Cantillon’s Rose de Gambrinus, Vigneronne and Iris Grand Cru. If you didn’t get tickets, fret not: Their retail shop is open normal hours on Saturday.

Looking to roadtrip to Portland for the weekend? Novare Res Bier Cafe, hands down Maine’s finest beer bar, is getting a Zwanze keg and selling tickets for pours at the bar at noon on Saturday. Here’s an added perk for all you glassware nerds: The bar made collaborative stemware with Cantillon. Buy a ticket and it’s yours to keep.

END_OF_DOCUMENT_TOKEN_TO_BE_REPLACED

Enter to win a pair of tickets to attend The Hess Collection Seminar and Dinner as part of Boston Wine Festival 2018 at the Boston Harbor Hotel on Wednesday, March 14th. END_OF_DOCUMENT_TOKEN_TO_BE_REPLACED

This year, the festival is welcoming more female wine producers than ever before, making up 20% of all winemakers that will be at the festival. END_OF_DOCUMENT_TOKEN_TO_BE_REPLACED

The holidays are here, so raise a glass. END_OF_DOCUMENT_TOKEN_TO_BE_REPLACED

I referred to it as the “best kept secret” in Boston arts for the holidays. END_OF_DOCUMENT_TOKEN_TO_BE_REPLACED

Boston’s arts scene shines at this time of year. END_OF_DOCUMENT_TOKEN_TO_BE_REPLACED

‘Tis the season to mix a nice, stiff drink. END_OF_DOCUMENT_TOKEN_TO_BE_REPLACED

It’s so much more than a holiday show. END_OF_DOCUMENT_TOKEN_TO_BE_REPLACED

Rock for a cause this holiday season. END_OF_DOCUMENT_TOKEN_TO_BE_REPLACED

Get out and see a show this holiday season, and save some money when you do. END_OF_DOCUMENT_TOKEN_TO_BE_REPLACED