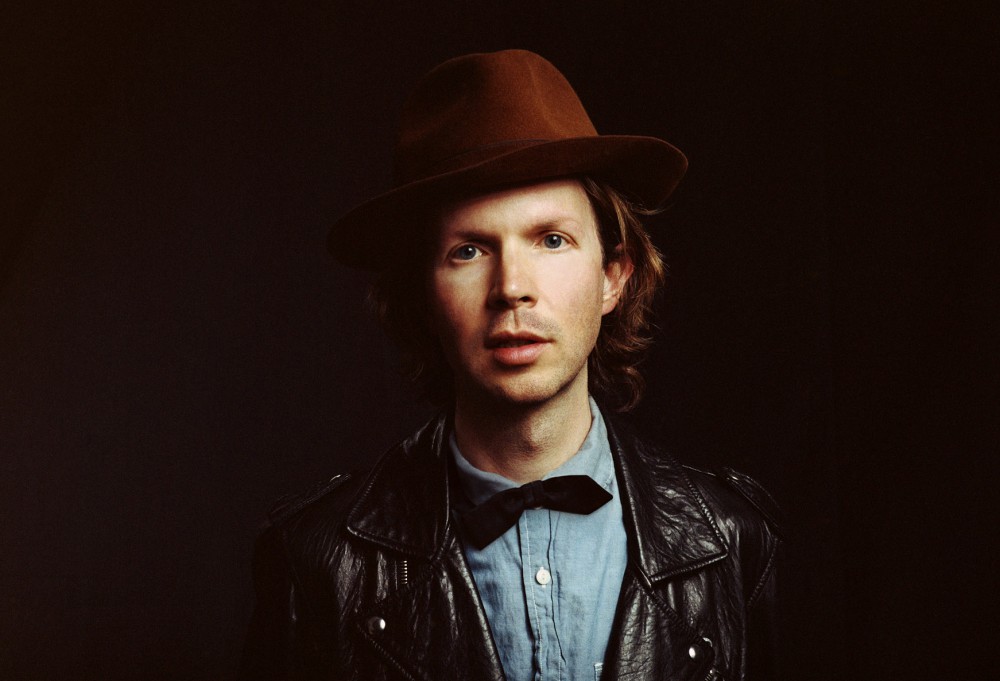 New albums this week from both newcomers and more seasoned acts. Beck picks up his acoustic guitar once again, St. Vincent incorporates everything but the kitchen sink, Phish’s low end drops another solo record, and a rap sensation releases a major label debut.

While you read, listen to Perry and RadioBDC’s Adam12 chat about their favorite of this week’s new releases:

Annie Clark returns with her first solo album since 2011’s “Strange Mercy,” and her time spent with Talking Heads founder David Byrne seems to have had some positive side effects. The entire album openly challenges cookie-cutter music constructs, treating pop as its canvas and painting it with glitchy interruptions and melodic resilience. On top of it all, St. Vincent continues to flex her muscles on the guitar, which is always a treat. Her self-titled is one of her most interesting efforts to date.
For fans of: Dirty Projectors, Mirah
Nashville dirty blues trio returns after releasing three full-length albums in 2012. “Dancin’ With Wolves” moves away from the basement grittiness of previous albums, and moves on to greater country influences, often opting for acoustic strums over bass fuzz. It’s not a bad look on the band, just a taste of something new, and a way to put a focus on songwriting over rock energy.

Philly-based quartet Bleeding Rainbow has clearly felt the effects of the pop-punk boom that has been permeating their city. Where the group’s last album, “Yeah Right,” had more of a shoegazey aesthetic, “Interrupt” is fueled by the percussion of new drummer Robi Gonzalez and more charming hooks akin to neighboring band Swearin’. There’s nothing particularly remarkable about “Interrupt,” but that might just be why it’s a winner.For fans of: Swearin’, Total Slacker, Times New Viking
South Central haze-hopper Schoolboy Q has built himself an internet empire that is sure to make his major-label debut one of rap’s standout releases for 2014. It doesn’t hurt that the lyricist features special guests like Raekwon, Tyler the Creator, and 2 Chainz either. The record will pull in fans who swear by the cloud rap stylings of Kendrick Lamar, but also those who yearn for the more sharp, raw lyricism of the likes of Pusha T.

For fans of: Kendrick Lamar, Clipse

Boston rock veteran Thalia Zedek has been recording music for over two decades now, but seems to remain most relevant when she’s being truest to her own sound. Zedek’s new release, “Six,” which lies somewhere between EP and album, clocking in at around 29 minutes, haunts with hollow minor chords that set the stage for Zedek’s bitter howl. “Six” appeals to an audience that’s drawn to authentic singer/songwriter prowess, and even those into more reckless noise rock forms. Her music at this point is nostalgic for all of the right reasons, but modern for even better ones.

It’s hard to fish out the influences behind the debut album by Los Angeles-based duo Vertical Scratchers, mostly because the band patches together a quilt of so many colors. “Daughter of Everything” is an extremely busy album that finds a home between pop and punk, but nowhere near pop-punk. Still, in its frenzy, there’s cohesion, and floating along with the guiding light of lead man John Schmersal’s curious falsettos, this album looks far into the future. It takes the luckiest bands at least a few releases to feel comfortable enough to take these kinds of chances. Vertical Scratchers has no issue sticking its limbs into foreign territories because it has the brilliance to back it up.

For fans of: Mikal Cronin, Crocodiles

Twelve years ago, Beck released “Sea Change,” which was met with mixed reactions, but years later was lauded as one of Beck’s most genius projects. “Morning Phase” picks up exactly where “Sea Change” left off. It’s sad, it’s acoustic, it’s masterfully produced, and it’s very Beck. Despite meeting all of those requirements, it doesn’t seem to conjure up the same sentiment that “Sea Change” did. Perhaps it’s a lack of sincerity, or even a lack of hooks to latch onto (despite being depressing, tracks like “Sunday Sun” and “Golden Age” at least gave breaths of melody), but “Morning Phase” doesn’t quite have the same immediate magic. That said, a less memorable Beck album is more memorable than most other albums.

Phish bassist Mike Gordon has always been the brain behind some of the Vermont band’s wackiest concepts. In his fifth album outside of Phish, Gordon, or “Cactus” as he’s known to many fans, saves a big chunk of eccentricity for the lyrical content of the record, while finding a good balance between digestible choruses and chord structures that are vehicles for vibrant jams. Tunes like the meatball-compressed funk of “Tiny Little World,” and the riffy “Face,” could translate with fans who have never drank the Phish Kool-Aid, while other right-brained ditties give guitarist Scott Murawski a trampoline to bounce some noodles off of.

Seattle gummy punk quartet Tacocat returns with a sophomore record on Hardly Art, straying not too far from its characteristic rough, jolty chords, but finding ways to progress in the process. While the band has previously had a “whatever” sounding indifference in its vocal style, lead singer Emily Nokes toys with a wider vocal range on many of the tracks on “NVM,” which contrasts nicely with the fuzzy bass lines and aggressive chords.