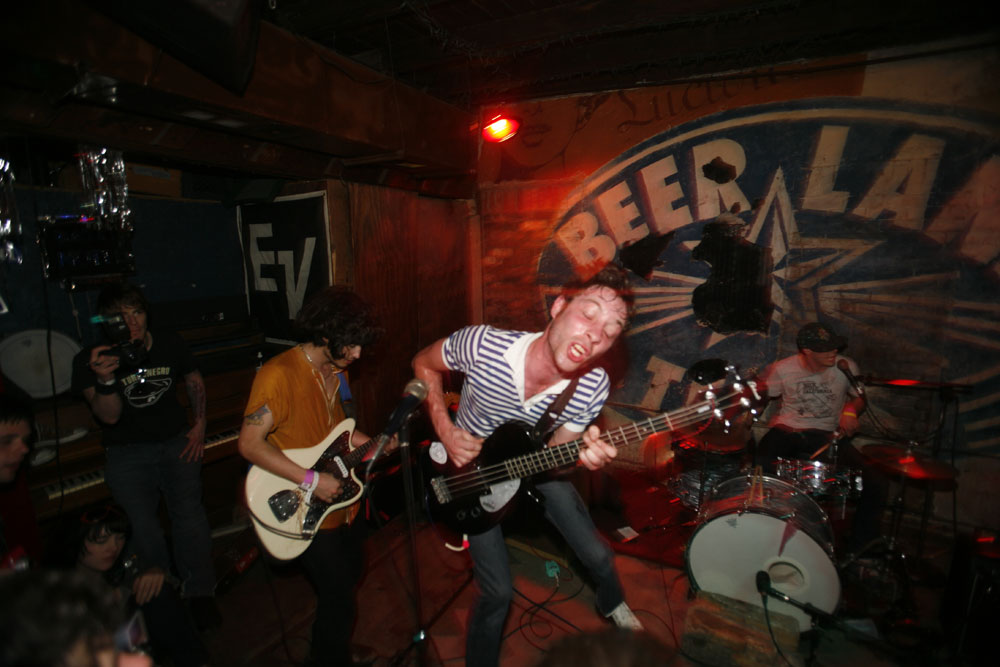 While in the depths of a cold Boston winter, some up-and-coming bands want to warm you up with sets of rowdy, beer-soaked garage rock songs. Chicago-based rockers The Orwells, which opens for Arctic Monkeys on Feb. 6 at Agganis Arena (also with Deerhunter, 7:30 p.m., $45, all ages), is all the buzz after its raucous set last month on “Letterman.” They’re not alone, and if a few choice labels have some say, we may be in for another garage rock revival. Raw, fuzzy rock and roll featuring guitars front and center is the sort of music that breeds camaraderie, and it’s not surprising that many labels focus on the rowdy genre of rock. Check out six other garage rock acts coming to Boston soon — and the labels that helped develop them.

Fullerton, Calif.-based label Burger Records call itself “borderline-cultish, perma-teen mutants” and it’s been churning out great rock ‘n’ roll (Ty Segall, King Tuff, JEFF the Brotherhood) since 2007. One of its latest finds is together PANGEA, a LA-based group of former art school kids (who since have signed to Capitol Records’ subsidiary, Harvest Records). The group, together since 2005, has developed an edgy, energetic, punk-inspired flavor of rock. Its third LP, “Badillac,” released last month, shows off its grungy side on songs like the eponymous lead single. The band headlines Great Scott on Feb. 15 (with Mozes and the Firstborn, Zip-Tie Handcuffs; 9 p.m., $10, 18+).
Another Burger-related band is Atlanta-based veteran act The Black Lips, known best for its raucous live shows, unruly antics, and incessant touring. And it’s paid off, as the band has gotten the chance to tour across the globe including jaunts in the Middle East, Australia, and Japan. It’s touring stateside this spring in support of “Underneath the Rainbow,” its seventh studio album that was co-produced by the Black Keys’ Patrick Carney (out March 18 on Vice Records). They hit Paradise Rock Club on April 19 (with Natural Child, 9 p.m., $16, 18+).
Boston has its own rock and punk supplier, and it’s called Exploding in Sound Records. Most well known on its roster is ’90s rock-influenced Exploding in Sound alum (and Northampton-based) Speedy Ortiz which is about to embark on a month-long tour across western Europe, but the label keeps plodding along locally. Developed nearly three years ago, the Boston/Brooklyn-based collective is quickly making a name for itself in the DIY garage rock, punk, and experimental scenes. Catch a handful of acts it’s curated, including Allston-based gritty rockers Pile, emotive JP post-punk act Krill (both play March 30 at Great Scott with Disco Doom, Ovlov and LVL UP; 8:30 p.m., 18+, $10), and Allston grunge punks Kal Marks (with Bad History Month, Ava Luna, Fat Creeps and Krill at Great Scott; 9 p.m., 18+, $7), on upcoming EiS-related bills.