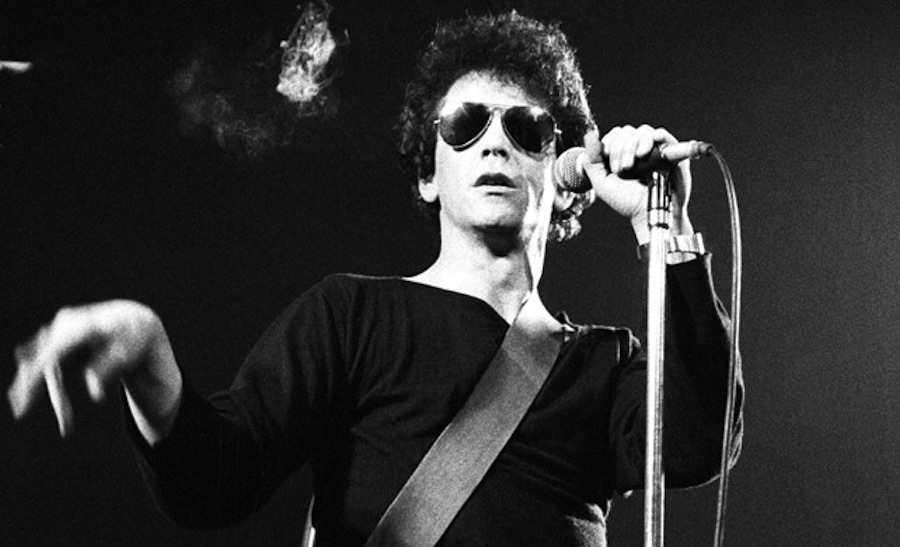 Iconic rock star Lou Reed died Sunday, reported Rolling Stone, and although his cause of death wasn’t immediately released, it is thought that the 71-year-old succumbed to complications arising from a liver transplant he had earlier this year.

A contemporary of Andy Warhol, David Bowie (“Queen Bitch” is allegedly an homage to Reed) and many other notables of the era, the punk/poet/noise-maker paved the way for all forms of modern alt rock music, from glam to grunge.

As we mourn the passing of a rock legend, here are some must-relish tunes and tomes devoted to Reed.

With the Velvet Underground in the late Sixties, Reed fused street-level urgency with elements of European avant-garde music, marrying beauty and noise, while bringing a whole new lyrical honesty to rock & roll poetry. As a restlessly inventive solo artist, from the Seventies into the 2010s, he was chameleonic, thorny and unpredictable, challenging his fans at every turn. Glam, punk and alternative rock are all unthinkable without his revelatory example. “One chord is fine,” he once said, alluding to his bare-bones guitar style. “Two chords are pushing it. Three chords and you’re into jazz.”

German singer Nico joined The Velvet Underground (then produced by Warhol) and rounded out the group’s avant-garde sounds and looks.

ClashMusic.com has a list of 10 Things You Never Knew About Lou Reed. The best one:

The lyrics “But she never lost her head / Even when she was giving head” from 1972’s ‘Walk On The Wild Side’ weren’t banned by the BBC because the censors didn’t know what “giving head” meant.

“Satellite of Love” – classic. Listen to it and shed a tear.

Though he boasted few chart hits, Reed’s career-long compulsion to test rock’s musical and formal boundaries opened up vast new avenues for later exploration by his many aspiring heirs. Reed was perhaps second only to Bob Dylan in his impact on rock and roll’s development as a genre that could accommodate, and in fact encourage, aspirations to high art and literature…

A long-lost performance: Three original members of The Velvet Underground  (Reed, Nico and John Cale) reunited in Paris for a TV special in 1972. The tape was released in 2012 and features their performances of a number of classic VU songs.

The Mirror has a list of the 14 best Lou Reed quotes. My favorites:

“It’s depressing when you’re still around and your albums are out of print.”

“I tried to give up drugs by drinking.”

Cheers, Lou. Here’s to walking on the wild side. RIP.

Enter to win tickets to see Trio Da Kali at The Villa Victoria Center of the Arts (Newton, MA) on April 10th. END_OF_DOCUMENT_TOKEN_TO_BE_REPLACED

END_OF_DOCUMENT_TOKEN_TO_BE_REPLACED

Enter to win tickets to Rhye at The Paradise on February 28th. END_OF_DOCUMENT_TOKEN_TO_BE_REPLACED

Her new album has been pushed back, but we have Kimbra’s new single for you. END_OF_DOCUMENT_TOKEN_TO_BE_REPLACED

The folk duo returns with a new record this week. END_OF_DOCUMENT_TOKEN_TO_BE_REPLACED

Now that we’re done looking back at 2017, let’s look ahead at 2018. END_OF_DOCUMENT_TOKEN_TO_BE_REPLACED

Our first Song of the Week for 2018. END_OF_DOCUMENT_TOKEN_TO_BE_REPLACED

In a year when so many things were off, the music was right on. END_OF_DOCUMENT_TOKEN_TO_BE_REPLACED