True Life: I Was a Bartender In Southie During the St. Paddy’s Day Parade 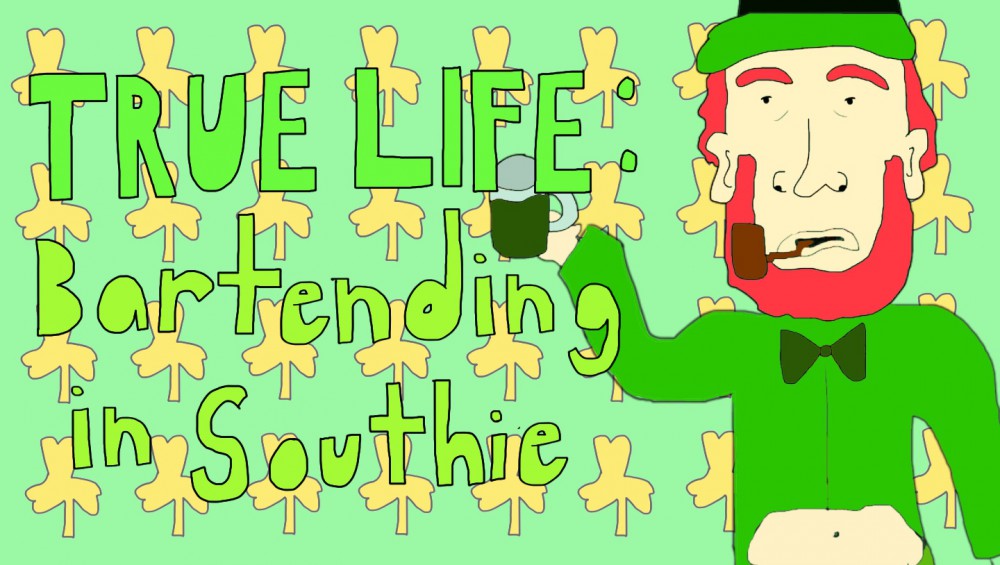 When you’re a bartender in Southie on the day of the St. Patrick’s Day parade, it’s a bizarre love-hate experience that’s not dissimilar to everyone’s feelings toward their parents. It’s kind of awesome, but it’s also damaging to your heart.

Every day is a drunk day in Southie, but St. Paddy’s Day runs by a completely separate set of laws. At local restaurant Moonshine 152, staff members were prepared for anything. All chairs and glassware stripped from the establishment to prevent accidents that seemed inevitable, and the normally expansive menu was limited to just four items – corned beef sandwiches, bratwurst hoagies, Korean bow tacos and, of course, fries.

Sure, the tips are good, but servers earn every cent when it comes to dealing with the drunk masses first thing in the morning. It takes more than a little patience, skill and remembering that all things shall pass. We asked server Mac Gostow to take us through his day of drunks, floats and one very cold Lady Liberty. Here is his story.

We opened doors at 10AM, and were full by around 11. At 11, we had this little leprechaun man named Hutch, dressed in full lep-garb, prance in with a pot full of Mardi Gras beads and cigarettes. 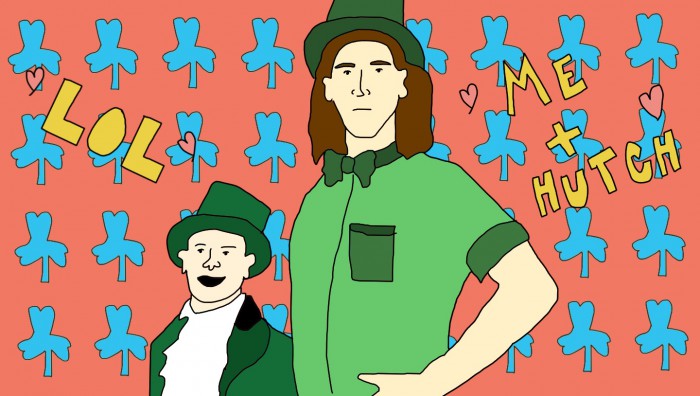 He immediately received restaurant-wide applause upon entering. Everyone in the world took pics with him, myself included. He’s been doing this for seven years.

For some reason, we had a Liberty Mutual mascot dressed as – you guessed it – Lady Liberty. She was cold, so she just stood in our doorway with her face smooshed against the glass, her crown slouching on her forehead. It was the saddest sight I’ve ever seen. 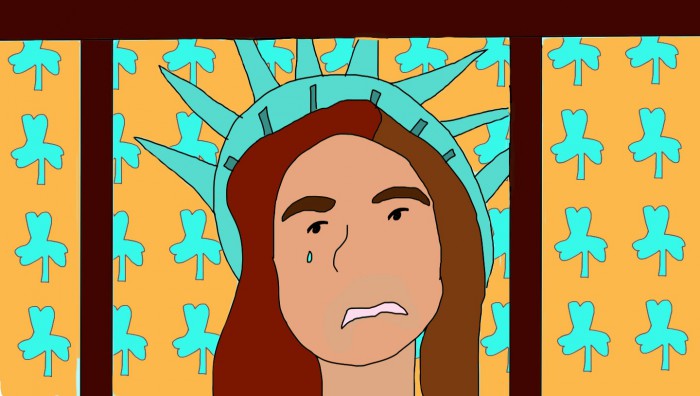 The most annoying issue was people sitting and drinking for five hours, racking up a $300 drink tab, then at the end of the day denying that they drank all those beers. We had to provide a party of four with step-by-step order submission evidence that they had in fact consumed 36 Bud Lights in four hours. 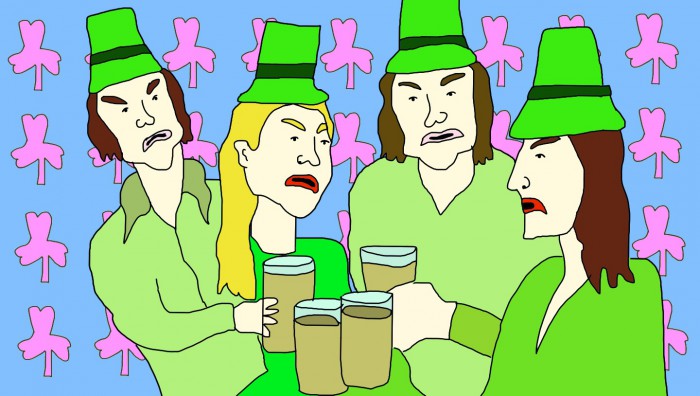 We’d occasionally stare out the window an catch a random glimpse at the parade. Sometimes it would be the biggest dog I’ve ever seen, other times it would be ghostbusters and storm troopers or zebra mascots.

However, the Jell-O shots were a f***ing hit. 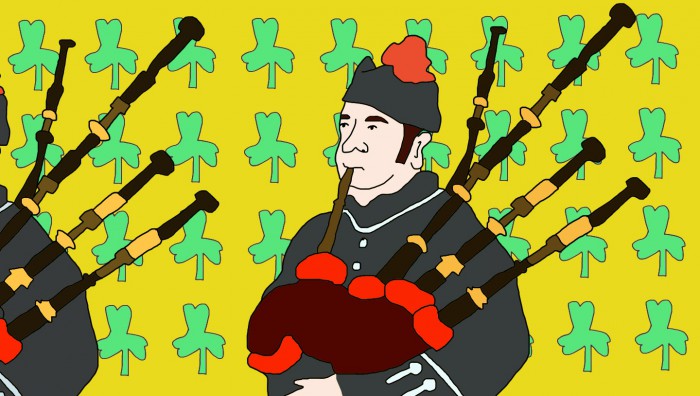 Things I hated: teens with big backpacks and sports jerseys capering in past our doorman just to “use the bathroom.” Their little girlfriends with ripped jeans would wait longingly at the door while this happened because both were under 21. 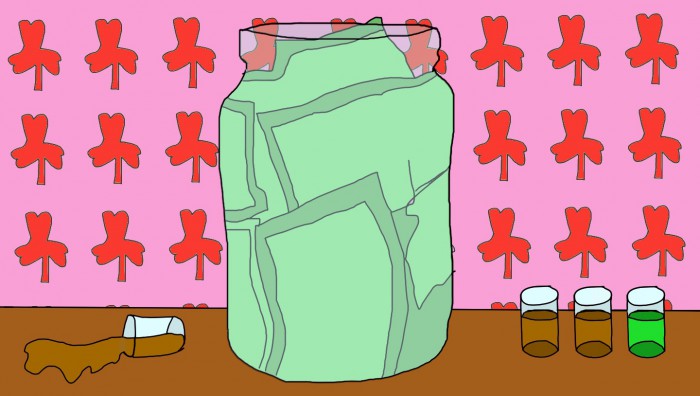 In the end, Gostow said despite all the chaos working one of the most stressful, high-octane days of his time at the restaurant, he’d do it again. “The tips made it all worth it,” he said.

END_OF_DOCUMENT_TOKEN_TO_BE_REPLACED

Enter to win a pair of tickets to attend The Hess Collection Seminar and Dinner as part of Boston Wine Festival 2018 at the Boston Harbor Hotel on Wednesday, March 14th. END_OF_DOCUMENT_TOKEN_TO_BE_REPLACED

This year, the festival is welcoming more female wine producers than ever before, making up 20% of all winemakers that will be at the festival. END_OF_DOCUMENT_TOKEN_TO_BE_REPLACED

Troy Clarke has quite a few titles. END_OF_DOCUMENT_TOKEN_TO_BE_REPLACED

The holidays are here, so raise a glass. END_OF_DOCUMENT_TOKEN_TO_BE_REPLACED

I referred to it as the “best kept secret” in Boston arts for the holidays. END_OF_DOCUMENT_TOKEN_TO_BE_REPLACED

Boston’s arts scene shines at this time of year. END_OF_DOCUMENT_TOKEN_TO_BE_REPLACED

‘Tis the season to mix a nice, stiff drink. END_OF_DOCUMENT_TOKEN_TO_BE_REPLACED

It’s so much more than a holiday show. END_OF_DOCUMENT_TOKEN_TO_BE_REPLACED

Rock for a cause this holiday season. END_OF_DOCUMENT_TOKEN_TO_BE_REPLACED