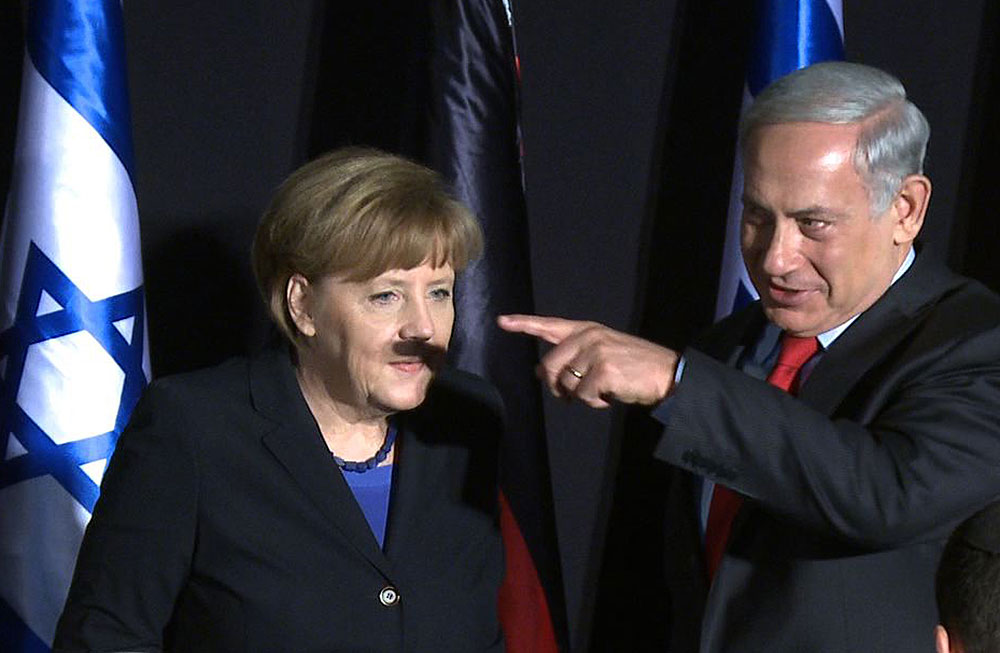 This week’s news seems to be full of childlike whimsy (well, aside from bloody clashes in Syria, even more Ukrainian conflict, and Uganda’s sad new homophobic law), with most of this week’s goofy headlines sounding like the lovechild of Tom Brokaw and Zoe Deschanel.  Shadow puppet mustaches, buried treasure, and government subsidies for honey bees—you can use these to your advantage, and seem knowledgeable and charming when out on the town this weekend. Here’s how.

A California couple out walking their dog found rusty cans full of 1,427 Gold Rush-era coins worth about $10 million. New fun first date idea: Go for a walk on in the Fens and look for old cans. You’ll probably only find old shoes and used condoms, but it’s about the journey, right?

Supporters of an assisted suicide bill said they collected 7,000 petitions signed by state residents who support the measure. Better hope there’s a sarcasm clause to the bill, for when cynical college students roll their eyes and say, “Kill me.”

During a joint press conference on nuclear talks with Iran and a two-state solution in Palestine, Israeli Prime Minister Benjamin Netanyahu gave German Chancellor Angela Merkel a Hitler mustache by casting a shadow over her lip during a press conference. Accidental pointing snafu or political critique a la Lyndon Larouche supporters?

Somerville is considering a curbside compost program. Proponents say it would put the estimated 5,200 tons of food waste trashed by Somervillians each year to good use. Critics of the measure suspect Somerville Mayor Joseph Curtatone has fallen prey to the powerful raccoon lobby.

A new report from the US Bureau of Labor Statistics found that women make 80.9 percent of what men average in median weekly income. Meanwhile, in its newest report, the VIDA foundation found that men still dominate the writing world. The women’s literary advocacy group counted contributors to the top US magazines, and found that The Atlantic, The London Review of Books, The New Republic, and The Nation had three times as many male writers and reviewers featured, and that the The New York Review of Books had four times as many. VIDA wants to know why more women aren’t represented in literary publications, but the real question is, why aren’t they hiring more of us, since we’ll do the same work for less? [ … she joked, while crying into her keyboard.]

Former Patriots tight end Aaron Hernandez fought with a fellow prisoner at North Dartmouth jail, according to the Bristol County Sheriff’s Office. Hernandez is being held on murder and weapons charges. (Strange that an athlete prized for charging at other players can be so violent off the field!) At the bar, use this newsbit to brag, “I played tight end in high school, you know,” and hope someone else shouts, “I’ll say!”

The US Department of Agriculture has it will spend millions to provide food for honeybees that are struggling to survive due to pesticides. Cue the political hand-wringing over “welfare queen bees.”

Enter to win a pair of tickets to attend The Hess Collection Seminar and Dinner as part of Boston Wine Festival 2018 at the Boston Harbor Hotel on Wednesday, March 14th. END_OF_DOCUMENT_TOKEN_TO_BE_REPLACED

This year, the festival is welcoming more female wine producers than ever before, making up 20% of all winemakers that will be at the festival. END_OF_DOCUMENT_TOKEN_TO_BE_REPLACED

The holidays are here, so raise a glass. END_OF_DOCUMENT_TOKEN_TO_BE_REPLACED

‘Tis the season to mix a nice, stiff drink. END_OF_DOCUMENT_TOKEN_TO_BE_REPLACED

Warm up with Tito’s on your sweater and Tito’s in your glass. END_OF_DOCUMENT_TOKEN_TO_BE_REPLACED

There’s a ton going on at Idle Hands in Malden this spring. Dan McDonnell and Josh Deering joined me in studio to talk about Maifest, what’s new in the Taproom, and their collaboration with The Black Ale Project. Oh, and don’t miss Idle Hands at BeerAdvocate’s Microbrew Invitational next month! END_OF_DOCUMENT_TOKEN_TO_BE_REPLACED

Giovanna Guzman is the marketing coordinator at Kings Bowl, who you can visit in the Back Bay, Burlington, Lynnfield, Dedham, and soon in the Seaport. We talked beverages, naturally, seeing as it’s Thirsty Thursday. And we sampled sangria. And it was soooo good. END_OF_DOCUMENT_TOKEN_TO_BE_REPLACED

These five words might change your life: Farmer Willie’s Alcoholic Ginger Beer. Co-founders Nico Enriquez and Max Easton were in studio with me this morning. Nine-packs and kegs of Ginger Session coming next week! END_OF_DOCUMENT_TOKEN_TO_BE_REPLACED

Chef Avi Shemtov–he of the Chubby Chickpea and Single Guy Cookbook–was back in for a visit this morning to talk about his latest venture. TAPPED is a mobile beer catering company that specializes in on-site draft pours of both craft beers and mainstream brands. Thirsty yet? END_OF_DOCUMENT_TOKEN_TO_BE_REPLACED