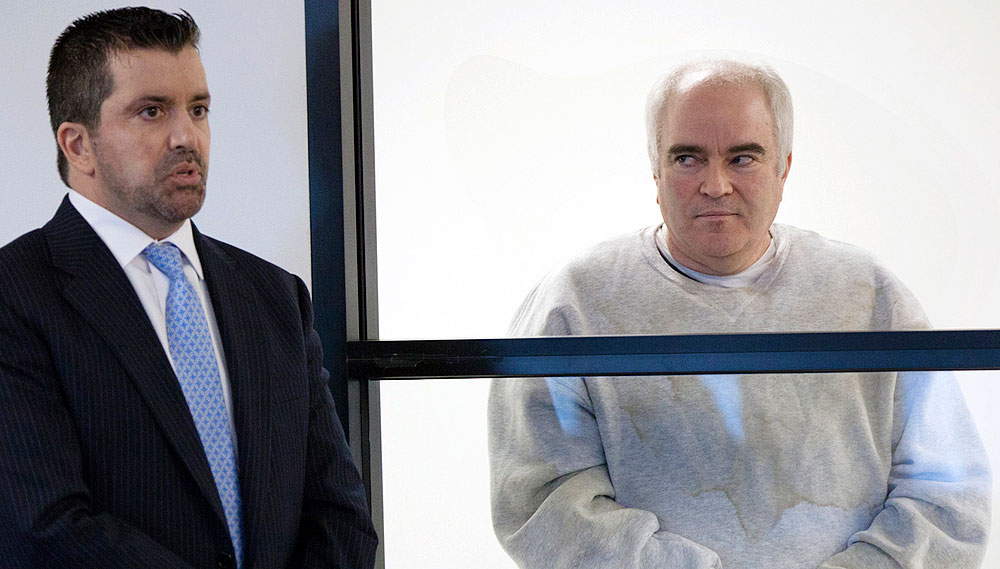 Regrets: we’ve had a few. But apparently they haven’t stuck with us the way they should have. Otherwise, why would we invite Peter Berdovsky to stage another massive prank, continue to build enormous condos in the South End, and acquit George Zimmerman? Well, we know how you’ll ease the pain of history repeating: By forgetting about last week’s hangover and drinking with your friends at the bars this weekend. Here’s a round up of crazy current events to talk about.

Peter “Mooninite” Berdovsky is the white guy with dreadlocks responsible for the planting light-up devices around town in 2007 as part of a publicity stunt for the Aqua Teen Hunger Force movie. The marketing scheme backfired, creating a citywide terrorist scare. Fool us once, and we’ll invite you to stage a $50,000 light show for First Night. Because New Year’s Eve is all about second chances, and chances are you’ll be too drunk to care.

And yet another indication of the decline of civilization: Adam Levine — lead singer of Maroon 5, a judge on “The Voice,” and the poster child for every bad/generic tattoo idea that has ever existed — has been declared “The Sexiest Man Alive” by People magazine. Your pick up line of the week: “I may not have a Mom tattoo, and I don’t dye my hair black, but I can [in falsetto:] vo-o-o-calize!”

In your weekly casino update: Milford voted down a proposed casino, joining the prestigious ranks of East Boston and Palmer. And the only casino proposal that passed a town referendum (in Everett) is now being investigated by the FBI. If you enjoy losing, bet your bartender that a new gambling establishment is going to be built soon. And don’t forget to tip.

Your weekly guess-the-context contest: “The only crime that he committed was having a bad lawyer.’’ Whoever has the most original answer gets to create a drink called “the awful lawyer” (it probably contains Campari) and order a round for everyone else.

Hubway, Greater Boston’s bicycle rental company, will shut down its bike docking stations in Boston, Somerville, and Brookline for the winter months, but will leave them up in Cambridge, because Cantabrigians are crazy enough to endure frostbite, testicle shrinkage, and black-ice wipe outs in the name of feel-good transportation.

Developers are looking to construct two buildings in the South End large enough to fit 560 new apartments. No word yet on whether they are dog-friendly, and how many more toy poodles named Mitzy will infiltrate the neighborhood.

Four women have passed the Marine Corps’ infantry combat training, hauling 90 pounds of combat gear on a 12 ½ mile march, and disproving crackpot wisdom that holds that you can’t have breasts and be tough as nails. Cheers to that! Find the toughest looking gal in the bar tonight and buy her a drink.

Former Congressman and Muppet lookalike Barney Frank tells the Globe that if Hillary Clinton doesn’t run for president, our very own Senator Elizabeth Warren is a contender. Announce this to your friends and then debate who is better at acting presidential, Warren or Clinton. Who can make the strongest fake apology (Hillary did learn from the best, who has the nicest florid signature, and who can shoot Congress the best hairy eyeball.

George Zimmerman, the man acquitted of all charges in the shooting of Trayvon Martin, is now facing domestic violence charges, with his girlfriend claiming he tried to choke her. Maybe he’ll be asked to put together a special presentation for First Night.

And finally, an accused sex offender says, “Take my balls, please!” (we’re paraphrasing). But prosecutors shot down William Barabino’s plea to slice — er, slash — um, we mean cut (oops) down a possible life sentence to 15 years in exchange for castration. Now, the trial of a man accused of sexually abusing 13 children over the course of three years will go to trial, and be heard by 12 unfortunate citizens doing their civic duty.

Enter to win a pair of tickets to attend The Hess Collection Seminar and Dinner as part of Boston Wine Festival 2018 at the Boston Harbor Hotel on Wednesday, March 14th. END_OF_DOCUMENT_TOKEN_TO_BE_REPLACED

This year, the festival is welcoming more female wine producers than ever before, making up 20% of all winemakers that will be at the festival. END_OF_DOCUMENT_TOKEN_TO_BE_REPLACED

The holidays are here, so raise a glass. END_OF_DOCUMENT_TOKEN_TO_BE_REPLACED

‘Tis the season to mix a nice, stiff drink. END_OF_DOCUMENT_TOKEN_TO_BE_REPLACED

Warm up with Tito’s on your sweater and Tito’s in your glass. END_OF_DOCUMENT_TOKEN_TO_BE_REPLACED

There’s a ton going on at Idle Hands in Malden this spring. Dan McDonnell and Josh Deering joined me in studio to talk about Maifest, what’s new in the Taproom, and their collaboration with The Black Ale Project. Oh, and don’t miss Idle Hands at BeerAdvocate’s Microbrew Invitational next month! END_OF_DOCUMENT_TOKEN_TO_BE_REPLACED

Giovanna Guzman is the marketing coordinator at Kings Bowl, who you can visit in the Back Bay, Burlington, Lynnfield, Dedham, and soon in the Seaport. We talked beverages, naturally, seeing as it’s Thirsty Thursday. And we sampled sangria. And it was soooo good. END_OF_DOCUMENT_TOKEN_TO_BE_REPLACED

These five words might change your life: Farmer Willie’s Alcoholic Ginger Beer. Co-founders Nico Enriquez and Max Easton were in studio with me this morning. Nine-packs and kegs of Ginger Session coming next week! END_OF_DOCUMENT_TOKEN_TO_BE_REPLACED