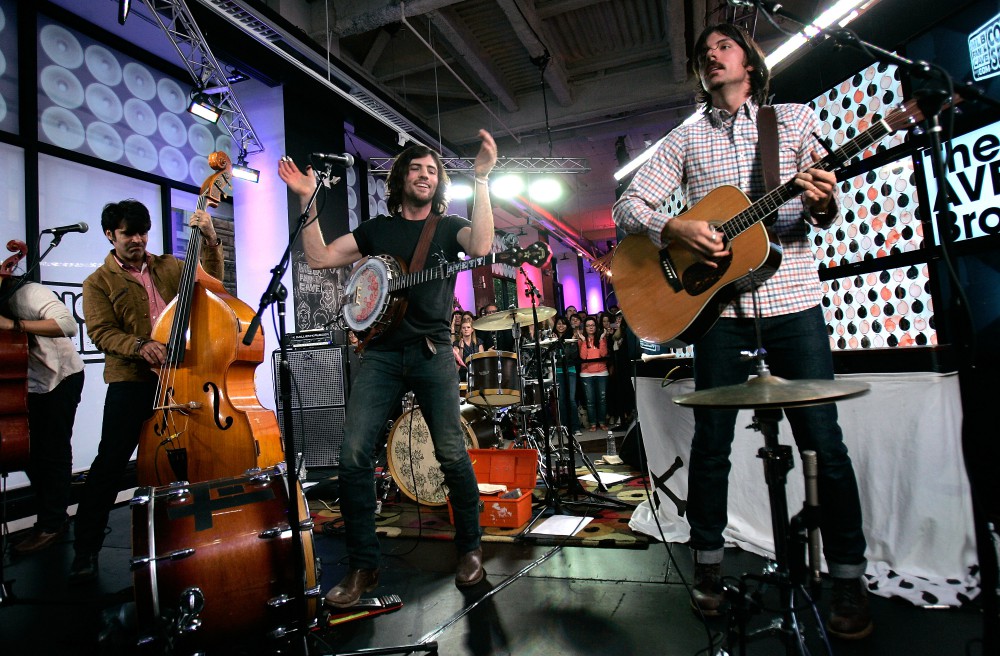 Daylight savings time is perhaps the greatest holiday of the year because it provides more inspiration for late-night rocking. No longer will you suffer from cabin fever and continue having to live life as a shut-in square. Embrace the daylight, open up to the world, and rock!

Looking for some super-potent type-II ragin’ heady jams? Vermont-based jam band heroes RAQ is considered on of the northeast’s most talented live acts and will be making a rare appearance at The Sinclair in Cambridge, joined by a band called Pink Talking Fish that plays Pink Floyd, Talking Heads, and Phish covers — which sounds like a great idea (8 p.m., $20, 18+). It has been a stressful week, so if you’re looking to shake that monkey off your back, Make It New at Middlesex Lounge is a good place to be, welcoming British dubstep producer Ikonika (with Coralcola and Baltimoroder; 9 p.m., $10, 21+). If you’d rather rock your stresses out, there’s a good option for that, too. Austin noise-rockers Ringo Deathstarr brings the thunder to Great Scott (with Purple, The Foreign Resort, and 28 Degrees Taurus; 9 p.m., $10, 18+).

Boston likes to get funky on occasion, and there’s nobody greater out there to induce this funk than Dr. Funkenstein himself, George Clinton. He and Parliament Funkadelic will put some dip in your hips at House of Blues along with The Nephrok! Allstars (8 p.m., $29.50, all ages). Hip-hop fans have an incredible opportunity tonight as well to check out Juice Crew rap legend Kool G Rap at Middle East Downstairs. Known as one of the greatest lyricists of all-time, Kool G has influenced the likes of Jay Z and Notorious BIG, while relative newcomer Action Bronson cites him as his greatest influence (with Smiley The Ghetto Child, Interstate Flamez, The Headspinnaz, Tri State Titans, Portrey Youth, M.U.C.C. Ent, and Nicky M; 8 p.m., $20, 18+). Upstairs at the Middle East, you can also get a dose of hip-hop at the Hellfyre Club tour featuring Busdriver, Nocando, and more (with Boogie Boy Metal Mouth and Fardaad; 8 p.m., $13, 18+). For a more guitar-centric affair, head to Sally O’Brien’s and check out local rockers Mount Peru (with Modern Day Idols and Abbie Barrett & The Last Date; 9 p.m., $5, 21+).

The aggressively plucking folk heroes The Avett Brothers have found a way onto pop music radars in the past few years, but it hasn’t stopped the band from putting on an exceptional live show. The Carolina natives play their biggest stage yet, taking up space at the TD Garden with “Wagon Wheel” crooners Old Crow Medicine Show (7:30 p.m., $25-50, all ages). Philly punk heroes Swearin’ make its first stop in Boston after the release of two very noteworthy albums, supported by a dream cast of fellow Philadelphians Direct Effect, western Mass. rockers Potty Mouth and California X, as well as locals Yale, Massachusetts (9 p.m., $9, 21+). Local soul man Jesse Dee finds a bigger stage on which to croon, playing a set at The Sinclair in Cambridge (with The Revelations and Andrea Gillis Band; 9:15 p.m., $15, 18+). If you would rather trade your jams for some laughs, The Wilbur is the place to be, as “Broad City” funny man Hannibal Buress will be doing two shows (7 p.m. and 9:45 p.m., $22.50, all ages).

Sunday may be a good night to rest, as we are losing an hour of sleep this weekend, but if you insist on rocking, local pop-rockers Arms and Ears will be celebrating the release of a new EP at Middle East Upstairs (with Those Mockingbirds, Nemes, and Friendly People; 8 p.m., $10, 18+). For something a bit harder-edged, check out local prog-metal group Protean Collective at TT’s (with Acaro and Pathogenic; 8 p.m., $12, 18+).

Enter to win tickets to see Trio Da Kali at The Villa Victoria Center of the Arts (Newton, MA) on April 10th. END_OF_DOCUMENT_TOKEN_TO_BE_REPLACED

END_OF_DOCUMENT_TOKEN_TO_BE_REPLACED

Enter to win tickets to Rhye at The Paradise on February 28th. END_OF_DOCUMENT_TOKEN_TO_BE_REPLACED

END_OF_DOCUMENT_TOKEN_TO_BE_REPLACED

Enter to win a pair of tickets to attend The Hess Collection Seminar and Dinner as part of Boston Wine Festival 2018 at the Boston Harbor Hotel on Wednesday, March 14th. END_OF_DOCUMENT_TOKEN_TO_BE_REPLACED

Her new album has been pushed back, but we have Kimbra’s new single for you. END_OF_DOCUMENT_TOKEN_TO_BE_REPLACED

The folk duo returns with a new record this week. END_OF_DOCUMENT_TOKEN_TO_BE_REPLACED

Now that we’re done looking back at 2017, let’s look ahead at 2018. END_OF_DOCUMENT_TOKEN_TO_BE_REPLACED