Audio foliage: a 13 song playlist to help you fall into autumn 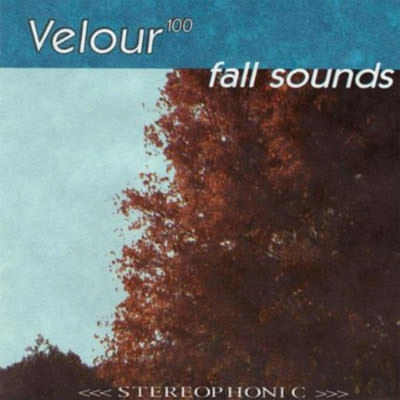 Fall in New England. There are few things finer. I’ve hand-selected 13 of my favorite fall songs to provide a soundtrack to 13 weeks of hoodies, crunching colorful leaves underfoot, and stuffing your face with pumpkin spice everything. Enjoy.

A good playlist should come full circle. We started with “Sweater Weather,” so we’ll end with the appropriately titled “Autumn Sweater” by indie legends Yo La Tengo.
“If I had an orchard, I’d work ’til I’m raw.” A good track for apple picking, but really, the entire 2011 album from the Seattle folk band pairs perfectly with the season.
You can keep your hoodie. Give me a nice, thick, itchy, wooly sweater. All season long.
“I don’t think I want to think about it, how the fall is coming down. The light is leaving and it’s hard to breathe, buried in a pile of leaves…”
Bright like the autumn sun, and crisp like the autumn air. Suddenly, I want to go apple picking.
The Pearl Jam frontman’s 2007 ‘Into The Wild’ soundtrack is a good fit for fall, and his cover of this obscure cut from Indio is a good fit for this playlist.
There’s no better time of the year than fall to listen to acoustic fare, in my opinion. Thus, there’s no better time of the year to listen to Nick Drake.
They titled their 1996 album ‘Fall Sounds’ for a reason. It’s one that I come back to each and every autumn, like visiting an old friend.
Cinder and smoke fill the air as the sun sets and you sip an autumn brew at a backyard bonfire…
Some Mark Kozelek acoustic fare for the season it sounds best in.
For me, fall walks hand-in-hand with grunge: flannel shirts, dirty boots, and tall trees stripped bare, their leaves a dying carpet on the ground. The opening track from AIC’s ‘Jar Of Flies’ ep conjures all of this, as the days grow shorter and darker.
This cut from Harper’s 1997 ‘The Will To Live’ sounds like the soundtrack to a mid-autumn road trip.
Close your eyes and picture this: you’re rocketing up the Kancamagus in New Hampshire or down I-89 in Vermont while the opening riff plays, windows down, cold, crisp air on your face. It’s leaf-peeping in fast-forward.