‘National Treasure,’ ‘The Babadook,’ More Coming to Netflix in April 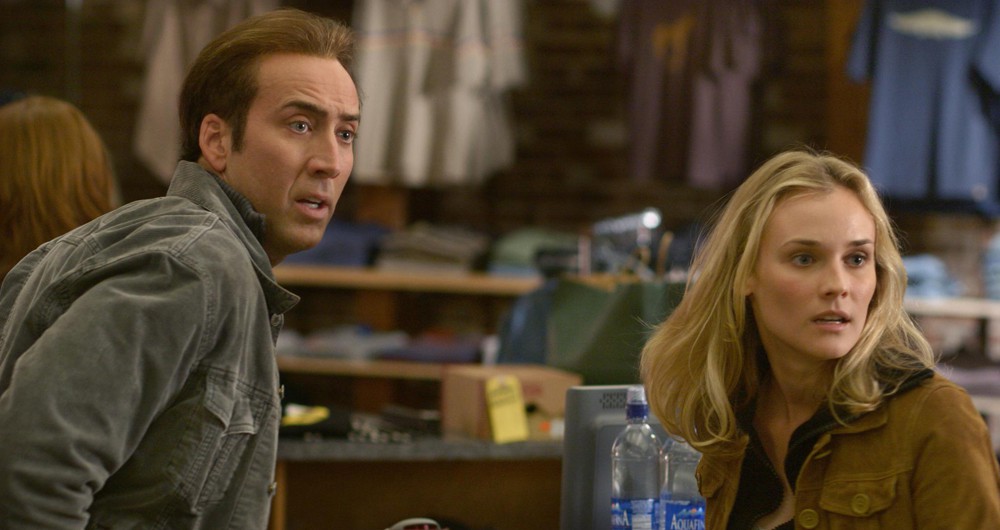 Another month, another tasty serving of new movies on Netflix. You may need it, too. Everyone knows that the weather doesn’t really get nicer until June anyway.

Next month, look forward to an acclaimed modern horror film, a British comedy standout, and quite literally a national treasure. We’ll be losing a lot of great Netflix titles on April 1, but luckily we have these favorites arriving on the streaming library starting next month.

Jason Statham has become one of modern film’s beloved tough guys, similar to a Jean-Claude Van Damme or The Rock. In Crank, Statham must keep his heart rate above a certain level or else he’ll die (think Speed, but with an incredibly jacked human body instead). Also, the guy who plays Pedro in Napoleon Dynamite is in it, so it’s good to see he wasn’t typecast. Crank will hit Netflix on April 9.

Even heralded film critic Richard Roeper says, “I was genuinely freaked out by some of the passages in The Badabook.” He’s not alone. Last year’s scariest movie has been lauded as one of the most terrifying films of the past decade. If you’re looking to get a bit rattled, give this one a go late at night. You can do so starting on April 14.

From the creators of Shaun of the Dead, Hot Fuzz reunited Simon Pegg and Nick Frost as small-town cops investigating a series of grisly murders. It may sound terrifying, but Hot Fuzz is to buddy cop films what Shaun of the Dead is to zombie movies: a hilarious genre spoof that doesn’t skimp on fight scenes or gore. Check it out starting April 16.

Darren Aronofsky (The Fighter, Black Swan) tries his hand at the Biblical hero, enlisting Russell Crowe to put an action-filled but balanced interpretation of one man’s attempt to save humanity ahead of a catastrophic flood. Noah hits Netflix on April 18.

Netflix was created for actors like Nicolas Cage, with fans tuning in to marvel at his action pedigree or laugh at his absurd overacting in equal numbers. National Treasure is one of Cage’s best later roles, despite a somewhat outlandish plot. A very solid action film for a lazy Sunday, you can give it a go starting April 27.

Those are just a few films to look forward to. Here’s the rest of what to check out next month on Netflix:

– The Beautician and the Beast

Golden Globe and Emmy nominee Benjamin Wallfisch is the composer responsible for the score of the hit movie IT. I talked to Ben about his approach to scoring the new version of this iconic story and his thoughts on film and music overall. Some very insightful commentary; listen in. END_OF_DOCUMENT_TOKEN_TO_BE_REPLACED

Rupert Gregson-Williams is an award-winning film composer. He just so happened to compose the score for this summer’s big blockbuster Wonder Woman. We talked about his beginnings in film scoring, film scores that move and inspire him and, of course, Wonder Woman. END_OF_DOCUMENT_TOKEN_TO_BE_REPLACED

Jeff Rapsis is a New England-based composer and performer. Lately, he’s been creating live musical scores for silent film screenings. I talked to him about his process and a few of his upcoming performances at The Capitol Theatre in Arlington and the Somerville Theatre. You can keep track of where else Jeff is scoring silent films here. END_OF_DOCUMENT_TOKEN_TO_BE_REPLACED

Planning on seeing Rogue One: A Star Wars Story when it opens this weekend? I joined Adam 12 to give you an idea of what to expect. But don’t worry, I didn’t give anything away. END_OF_DOCUMENT_TOKEN_TO_BE_REPLACED

No, not from afar, from the comfort of her couch. From the actual awards themselves. That’s where Meredith Goldstein was for the Oscars. She shared all the juicy, first-hand details with me. END_OF_DOCUMENT_TOKEN_TO_BE_REPLACED

To celebrate the opening of ‘The Force Awakens,’ I had some very special guests in studio to start the Thursday, December 17 edition of The Brink. Listen. END_OF_DOCUMENT_TOKEN_TO_BE_REPLACED

Watching the new Star Wars trailer a million times gave us all sorts of feels. And one of those feels was nostalgia. END_OF_DOCUMENT_TOKEN_TO_BE_REPLACED

END_OF_DOCUMENT_TOKEN_TO_BE_REPLACED

If you’ve finally finished crying over Inside Out — or Lava, the short that ran before it — Pixar is readying another assault on your tear ducts with The Good Dinosaur, if its newly released trailer is any indication. END_OF_DOCUMENT_TOKEN_TO_BE_REPLACED